Some Atascadero city officials are angry and shocked after reading recently leaked documents that appear to reveal that city staff members were not only aware of the possibility of a Super Wal-Mart coming to the north end of town, but were actively involved in the planning process. The documents consist of a stack of e-mails and letters, ostensibly between the Rottman Group, their counsel, city staff, and a local planner, discussing among other things requirements for the Rottman Group's commercial tenant. 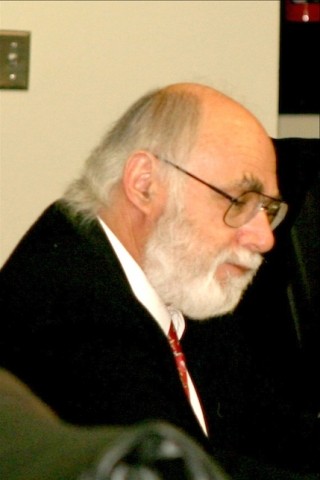 # "After having an opportunity to review e-mails between the Rottman Group and city staff, it appears to me that we have been lied to in regards to Wal-Mart and what city officials especially the city manager and the assistant city manager knew," said Atascadero Planning Commissioner Joan O'Keefe. "They have violated a basic trust between the city of Atascadero and its citizens."

In mid-April of this year, the Rottman Group's announcement of a proposed Super Wal-Mart at the southeast corner of Del Rio Road and El Camino Real kicked off a wave of controversy. Though City Manager Wade McKinney repeatedly denied city staff's involvement in the project's review process, City Councilman George Luna said that a city official had been courting Wal-Mart for more than a year.

"City staff makes recommendations, but they can't approve anything in regards to large-development projects," said fellow Councilmember Jerry Clay. "I support Wade 100 percent and think we are lucky to have him."

McKinney and Assistant City Manager Jim Lewis did not return requests for comment.

"Wade McKinney ... and possibly others have not told the truth in regards to Wal-Mart," said George Highland, former Atascadero mayor, councilman, and planning commissioner. "The project should go through the same public planning process every development has to, and from what I've read, this has not been done."

During a May 30 city council meeting, the Rottman Group and city staff presented approximately 500 Wal-Mart opponents with three development options that included a mixed-use project high in residential units and a commercial project with a Super Wal-Mart. The public voiced preferences during the comment portion of the town meeting that city officials said wasn't about Wal-Mart.

"It certainly was an insult when all those people at the May 30 meeting were told, 'This is not about Wal-Mart,'" Atascadero Planning Commissioner Ellen Beraud said after reading over the e-mails that repeatedly discuss the building requirements of a single tenant an element that seems to point to Wal-Mart.

"I am meeting with the planning department and city manager Tuesday morning to discuss the changing of our preliminary grading plan and master plan layout," Mathias wrote.

However, Mathias said that as recently as last winter, he was still considering plans to build a mixed-used development consisting of 180 homes and 10 acres of retail development.

In response to allegations that a commercial project featuring Wal-Mart was the only actual option available during the May 30 meeting, Mathias said that the Rottman Group didn't have a commercial tenant at the time.

"We were also looking at the possibility of a Lowe's or a residential development," he explained. "If we were to do commercial instead of houses, we would have to grade. We did not make a decision on a tenant until Wal-Mart bought the land in June [2006]."

In a Sept. 26, 2005, letter, Mathias says, "This plan shows adequate access and parking ... which will become a requirement of the project according to the city of Atascadero's engineering department."

"When was our engineering department ... reviewing plans or is the Rottman Group making false claims?" asked Eric Greening, an Atascadero resident and activist who sits on a number of San Luis Obispo County boards, including the Water Resources Advisory Committee and the Citizens Transportation Advisory Committee. "The official position of the city is that we have not truly embarked on the first stages, since no application of a general plan amendment has been received. What stages do they believe had already occurred and how were they led to believe this?"

"We never went to the city and said 'This is what we want to submit,'" Rottman's Mathias responded. "There is a conspiracy theory that this is some 'wazoo' deal with Wal-Mart. We bought the 14 acres across the street because we didn't want Albertsons or Vons to move in."

During the May 30 meeting, Mathias said that both Vons and Albertsons had declined to participate in the development.

In response to allegations that the city is providing misleading and incorrect information to Atascadero residents, Councilman Luna penned a statement explaining the city's need for open and honest government.

"We must restore integrity at City Hall," Luna says in the statement. "To do this, we clearly need a change in leadership. Our city must no longer be controlled by special interest." ?