Atascadero and unincorporated San Luis Obispo County residents will not have Monterey Bay Community Power (MBCP) as a choice for electricity in 2021—a decision that breaks away from the recent votes of six other local cities. 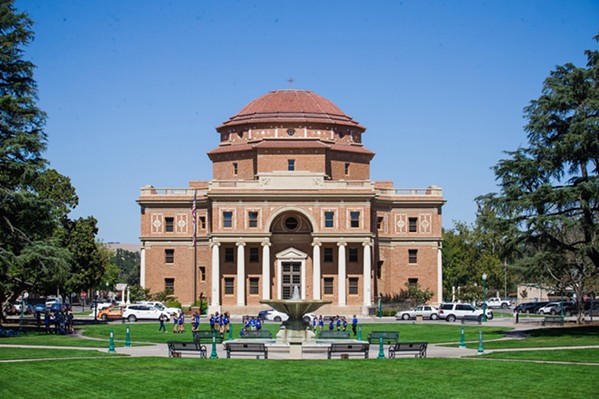 MBCP enters in power contracts and sells often cleaner electricity to resident and business customers, while PG&E maintains the grid infrastructure. Twelve CCE agencies in the state are currently operating in PG&E territory.

The Atascadero City Council was split 3-2, with Mayor Heather Moreno and Councilmembers Heather Newsom and Roberta Fonzi in the majority. They expressed skepticism about CCE in general, wanted more information about MBCP's financials, and were concerned about its governance structure.

"I feel like I need more information before I commit my entire city to participate with MBCP," Fonzi told New Times.

Councilmembers Susan Funk and Charles Bourbeau disagreed and wanted to see the issue agendized in August for a decision.

"Not to do so, it says we're not willing to do the homework that we were elected to do to make decisions for our city. That's going to be tough to defend," Funk said.

Earlier the same day, the SLO County Board of Supervisors also declined to agendize a discussion about MBCP.

County officials have been trying to land a contract with a consultant to do a risk analysis of MBCP that can be presented to the board. But Chief Administrative Officer Wade Horton said it's unlikely the report will be ready by MBCP's August deadline.

"I am disappointed," said 2nd District Supervisor Bruce Gibson, who made a failed motion on July 9 to agendize the discussion. "This idea we have to check the financials of MBCP is surprising to me because they're a public entity that's had tremendous success. That's why so many cities are signing up with them."

Gibson added that he believes the resistance to MBCP is in part political and ideological.

"There remains some significant ideological opposition to this, and that's truly disappointing," he said. "These folks are playing politics with our energy future." Δ