March 28, 2019
4 comments
In the city of Atascadero, if residents and commercial businesses overfill their recycling bins or willfully throw non-recyclables in the blue bin they could be charged a $50 fee, starting May 1.

The council unanimously voted to amend the city's agreement with the Atascadero Waste Alternatives to allow for the collection of fees at the March 26 City Council meeting. 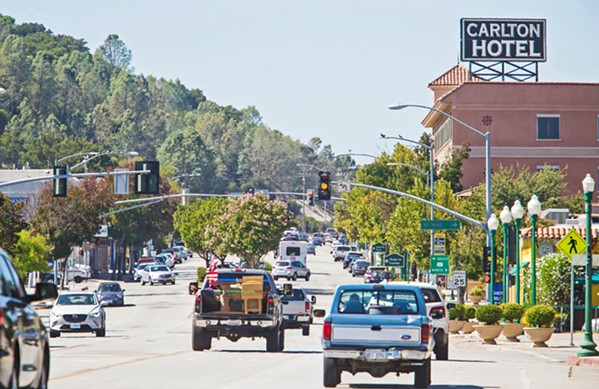 For a residential bin, the contamination fee would be $50 and for a 3-cubic-yard commercial cart, it would be $150.

While council members agreed with the fee charge, they expressed their concern about the lack of education that the community has regarding what can and can't go in their recycling bin.

"The public awareness is a huge component that is lacking, whether these people are doing it wrongfully or unknowingly," Councilmember Heather Newsom said. "I think I may be guilty and might not even know it with my pizza boxes."

The fees are an effort to curtail customers who knowingly throw an excess of non-recyclable items in their blue bins.

Before the fees can go into effect, all customers need to receive a letter notifying them about the fee.

According to a staff report, residential recyclable loads are estimated to be between 22 and 25 percent contaminated with non-recyclables, well over the contamination limit called for in North SLO County Recycling's prior contract with the city—which was 10 percent.

The initial agreement that was brought to the council and approved on Feb. 26 discussed increasing the city's recycling program rates for residents and commercial businesses, because North SLO County Recycling significantly increased the city's tipping fees.

Correction: This story was edited on April 1 to correct two errors. Under Atascadero's new recycling policy, residents will only be charged a fee for contaminating their recycling carts. Overfilling fees will only be charged to commercial businesses. Recycling carts will not have stickers placed on them by SLO County Integrated Waste Management Authority, which the prior article stated.