Cinema Square LLC leases commercial property within Colony Square to Galaxy Theatres Atascadero, Ques Pasa! Mexican Cafe, and SloDoCo. Due to stay-at-home orders, the businesses underwent temporary closures, changes in operations, and revenue loss, so many haven't been able to afford their monthly rent payments. Galaxy Theatres has been closed since the onset of the pandemic in March 2020, except for three days. 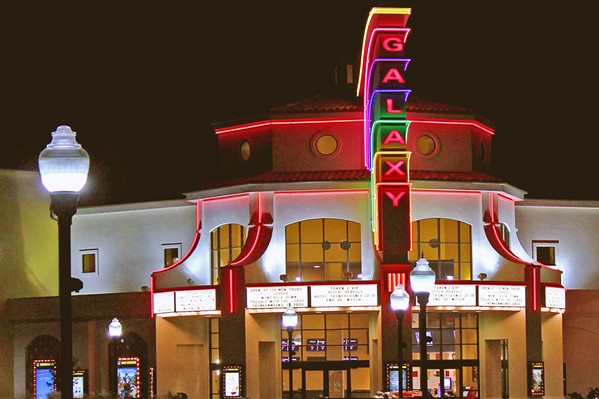 Cinema Square owner Jeff Nelson and his wife have had a hard time paying the property's mortgage payments due to the lack of rental income.

"We gave breathing space to our tenants by not going after them aggressively and seeking rent when they were closed. That has ended up hurting us. The lender is hammering us because we did not absolutely hammer those tenants," Nelson said during the Feb. 23 meeting.

Nelson said he and his wife purchased the property in 2015 and it's not only a representation of their hard work but it's their retirement income.

One of their lenders, the New York-based Wilmington Trust, filed a complaint against Cinema Square in San Luis Obispo Superior Court on Dec. 3, 2020, seeking the appointment of a receiver to collect past due funds. The lender accused Cinema Square of diverting rent and violating the rents and profits clause of their deed. According to court documents, Cinema Square owes $551,704 in principal, interest, tax and insurance escrow and reserves, late charges, default interest, advances, attorneys' fees, and other costs and expenses.

Galaxy Theatres Atascadero CEO Frank Rimkus told the City Council that he's committed to working with Nelson and the city to ensure the viability of the property, the theater, and the business center.

In an effort to make past due rental payments, Rimkus applied for the Shuttered Venue Operator's Grant, a program that went into effect on Dec. 27. Established by the Economic Aid to Hard-Hit Small Businesses, Nonprofit, and Venues Act, the program includes $15 billion in grants administered by the U.S. Small Business Association's Office of Disaster Assistance.

Rimkus said he's waiting for his application to be approved. If approved, the theater will be able to pay all of its past due rent, which in turn will allow Cinema Square to become current on its missed loan payments.

Atascadero Mayor Heather Moreno said, due to no fault of their own, these venues have been required to shut down and, "now, an out-of-state lender is saying, 'Well, we're going to come and foreclose on you.'"

"That's—I can't say those words publicly—but that's unacceptable. So we will do what we can to support both Cinema Squares and Galaxy to make sure that we keep Colony Square going," she said.

The City Council passed a resolution that reiterates the struggles of both Cinema Square and Galaxy Theatres, vows to support both entities, and calls on Wilmington Trust to refrain from foreclosing on the property during the pandemic while grant funding is on the horizon. Δ