I'm not sure why a track like "Meditate" from Atlanta hip-hop duo EarthGang didn't get the same kind of traction as Childish Gambino's "This is America." "Meditate" has an equally evocative and compelling video and thought-provoking lyrics—both songs explore what it's like to be black in America.

Maybe it's because Childish Gambino is Donald Glover Jr., who when his track "This is America" was released had just finished a run in the TV series he developed, Atlanta. His name was hot. Maybe "This is America" was inspired by "Meditate," which was used in Season 2, Episode 8 of Atlanta.

They're both great songs that explore white expectations of blackness, and "Meditate" is just one of EarthGang's compelling hip-hop tracks. Their playful and percussive delivery and singular style make their sound pretty irresistible. Also check out "Can't Call It" (with J. Cole, Bas, and J.I.D.), "Jermaine's Interlude" (with DJ Khaled and J. Cole), and "Monday" (with Mac Miller)!

This Wednesday, Nov. 6, EarthGang plays the Fremont (doors at 8 p.m.; all ages; $32 general or $94.17 VIP at Boo Boo Records and fremontslo.com), with Guapdad 4000 opening. EarthGang features rappers Olu (aka Johnny Venus) and WowGr8 (aka Doctur Dot), co-founders of the musical collective Spillage Village, with J.I.D., Hollywood JB, JordxnBryant, 6LACK, and Mereba. Opener Guapdad 4000 is Akeem Hayes, an Oakland rapper and member of the hip-hop super group Zoink Gang, with J.I.D., Smino, Buddy, and EarthGang. This ought to be an amazing hip-hop show!

Also this week at the Fremont, check out DJ and progressive house music producer Elephante (aka Tim Wu) on Friday, Nov. 1 (doors at 8 p.m.; all ages; $29.65 at Boo Boo Records and fremontslo.com), with Tiktak and PLS&TY opening. Elephante gained recognition for remixing songs by Clean Bandit and Lorde. Tiktak, also known as Tik N' Tak, is a Finnish music group from northern Helsinki. The six-member all-female band was signed to Universal Music in 1999, when the youngest members were 13.

NYC indie pop act The Drums plays the Fremont next Thursday, Nov. 7 (doors at 8 p.m.; all ages; $27.31 at Boo Boo's and fremontslo.com), with Cowgirl Clue opening. The drums are touring in support of Brutalism, their fifth LP.

This Friday, Nov. 1 (7:30 p.m.; 21-and-older; $16 presale at Boo Boo's and eventbrite.com, or $20 at the door), Numbskull and Good Medicine Presents the bluegrassy, jammy Portland band Fruition, who at times comes at acoustic music with the same punk-inflected intensity of The Devil Makes Three and other times with the melodic, harmony-vocal richness of a '70s rock ballad. The band is about to drop their new album Wild As The Night next week on Nov. 8.

According to press materials, the new album "conveys the emotions of our darkest, and sometimes weakest, moments. Influenced equally by acoustic music as well as rock 'n' roll, the eclectic, after-hours vibe comes naturally."

Jon Batiste may be best known as bandleader of Stay Human for Steven Colbert's The Late Show with Stephen Colbert, but Batiste is also New Orleans royalty from a long line of famed musicians, including Lionel Batiste and Harold Battiste. Jon started playing percussion with his family band, The Batiste Brother Band, at age 8, switched to piano at age 11, and attended the New Orleans Center for Creative Arts with Trombone Shorty.

He's now a Grammy-nominated superstar who gets called a musical genius a lot! 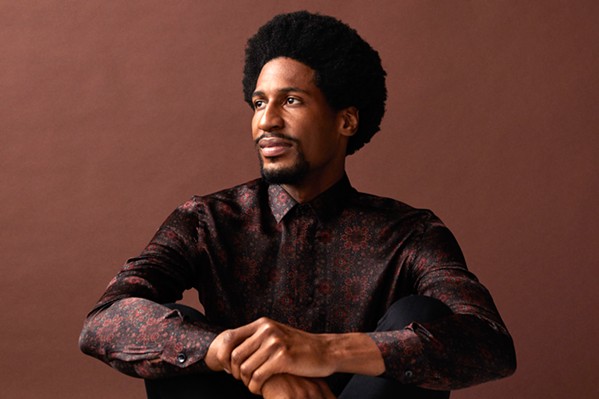 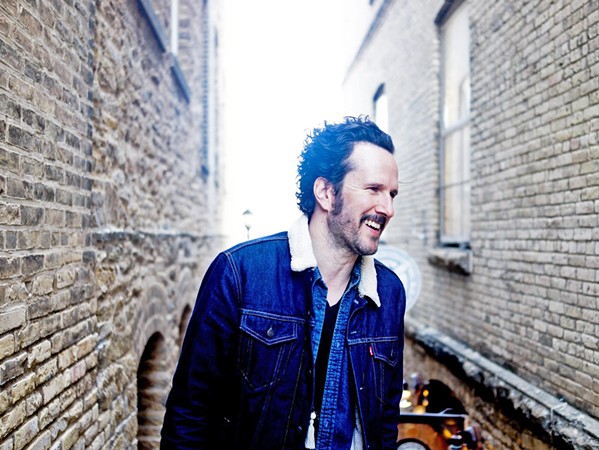 His earnest songs often strike a chord in listeners, like the meditative Buddhist-like "Be Here Now": "Be here now, no other place to be/ All the doubts that linger, just set them free/ And let good things happen/ And let the future come into each moment/ Like a rising sun/ You are the love of my life/ You are the love of my life/ Yeah, you know you are/ Sun comes up and we start again (x6!)"

I personally like "Fighter Girl," on which he sings, "Hey hey little fighter girl/ It's you and me up against this whole wide world/ Sleeping together in the lion's den/ Got your earrings in my pocket till I see you again/ Yeah yeah yeah yeah ..."

You should also plunk down your $15 ($10 for students, free for veterans and active-duty military at ticketweb.com) for the New Times Music Awards on Friday, Nov. 8, at the SLO Brew Rock Event Center. The battle between the genre award winners for Best Live Performance will be a blast of sonic delights brought to you by Domestic Tiger, Harmony Chabot, Kody Balboa, The Bogeys, Ynana Rose, and Dante Marsh. Support your local music scene! 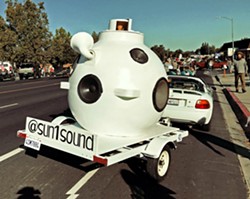 Get your Halloween on at Bristol's Cider House this Thursday, Oct. 31 (6 to 10 p.m.; all ages; free), for an all-vinyl DJ dance party played through the amazing Sun-1 spherical speaker created by Dr. Isapony XD of the band The Monroe. It's "500 gallons of 360-degree sound," he says! Expect live artists, art vendors, and a costume dancing competition. 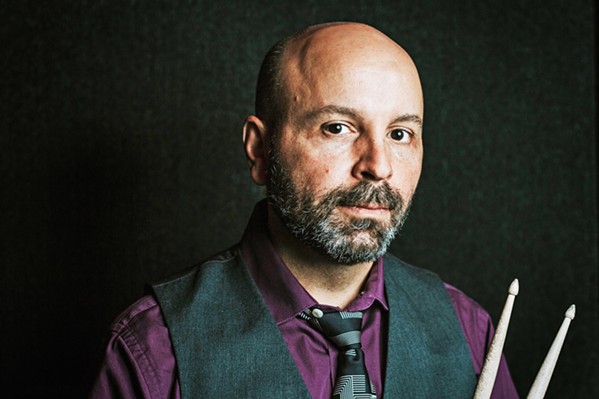 NYC-based drummer and arranger Rob Garcia will play with his quartet at SLO Town's Unity Concert Hall on Saturday, Nov. 2 (7:30 p.m.; all ages; $25 general or $10 student at my805tix.com or Boo Boo Records). The NYC Jazz Record described Garcia as a drummer who "makes you listen, whose shifting rhythms, exhilarating time feel and inventiveness make the music dance."

To celebrate the 50th anniversary of Woodstock, the Great American Melodrama is turning itself into the Great American 50th Anniversary Woodstock Tribute Concert on Mondays and Tuesdays, Nov. 4 to 5 and 11 to 12, featuring music by Steppin' Out, Unfinished Business, Back Bay Betty, Hilary Watson, and Baylove playing songs from Woodstock! Tickets are $25 in advance and $30 at the door (doors at 6:30 p.m.; show at 7 p.m.; call (805) 489-2499 or visit americanmelodrama.com/woodstock for tickets). 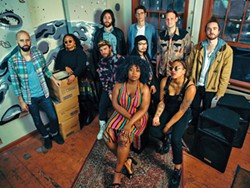 Seattle jazz collective High Pulp plays Frog and Peach on Wednesday, Nov. 6 (10 p.m.; 21-and-older; free). "Born out of a basement in Seattle's Greenwood neighborhood, High Pulp's music effortlessly draws from diverse influences," press materials read. "The lineup-fluid collective transmutes from lock-tight trio to expansive ensemble as they meander from jazz to funk to hip-hop to punk, melding it all to create something distinctly avant-garde." Δ