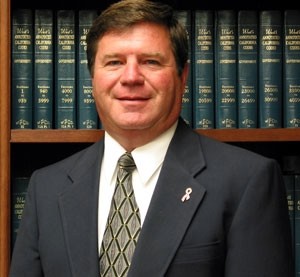 Sheriff’s Department officials say they’re not legally required to release a copy of the 911 call Sheriff Pat Hedges’ wife made to the office to report a dispute between the couple. And so the Department doesn’t plan to.

Sandy Oneal-Hedges called 911 on Jan. 19 to report that her husband had become verbally abusive. A beat car and supervisor sent to the scene left his house after about 45 minutes. There were no arrests and no investigation was necessary, Undersheriff Steve Bolts said.

“It was basically an argument that led to some yelling,” he added.

“We release what we have to and we don’t release anything else,” she said.

Jim Ewert, legal counsel for the California Newspaper Publishers Association, said the association has argued that 911 recordings are public record and not part of investigation materials, which are protected by law and often withheld. He said there have been court challenges to release recordings, but added that there’s nothing written stating that the public has a legal right to the information.

Bolts said the department withholds most 911 tapes to protect the caller’s privacy. Only a handful of tapes have been released in the past, he said, including an anonymous call about a shark attack and a call about a shooting in Oceano.

“It would go against our policy of disclosing information publicly that was not required to be disclosed,” he said.

Instead of an audio recording, the department provided a copy of the dispatch report, which gives small details about the time and type of call. Deputies responded in this case because, according to that report, “male is being verbally abusive.”