Auld Lang Syne of the times 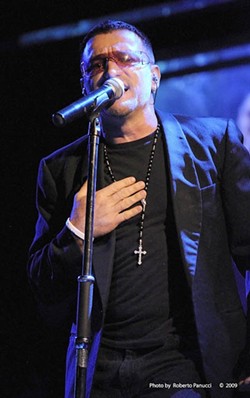 Hello again and welcome back to “Sittin’ In for Glen Starkey!”

I would like to begin by posing a question to you: Should old acquaintance be forgot? The answer, my friends, is a resounding NO! As that drunken New Year’s Eve midnight sing-along-slash-beloved-classic poem devoted to friendship reminds us, we should indeed not let another year pass without sharing a “cup of kindness” with friends and reminiscing over good times past.

This famous song that we all butcher the words to at the magic hour of the calendar-flip has been passed down among revelers (and mourners at funerals) for centuries now. While “Auld Lang Syne” is credited to the Scottish poet Robert Burns in 1788, according to the websites of the BBC and scotland.org, Burns composed the song with lyrics taken from Scottish folk songs and poems that go back to the 1600s.  The phrase “auld lang syne,” meaning, literally, “old long since,” and generally accepted to mean “days gone by” is a reminder to us not to let the year pass without remembering and appreciating our loved ones. And while we know, or at least murmur along to, the first verse of Robert Burns’ touching lyrics, we are missing out on a host of other passionate pleas in verses two, three, and four.

So here, as a gift from your devoted servants at New Times, are the proper lyrics for you to sing just as the ball drops all the way down in Times Square, or the champagne glasses clink noisily amid your society party, or the red plastic cups crash together, sloshing keg beer all over the already mottled carpet at your friend J-Dub’s apartment in Mustang Village:

(I particularly like the concern in verse two about who’s buying whose pint.)

So take to heart the urgings of Mr. Burns and meet your friends for a pint of cheer at one of the following musical events, right here “about the slopes” in our fair SLO.

Even better than the real thing

Want to see U2? For about fourteen bucks? I can hook you up with that. Don’t look too closely at The Edge, though, it makes him nervous. Ok, ok, it’s actually tribute band Vegas U2, performing at SLO Brew on Saturday, Dec. 28, but what a tribute it is! These guys take you right there, from Boy-era “I Will Follow” right up through “The City of Blinding Lights” and beyond. Tickets are $14 at the door, $12 in advance. Show starts at 7:30 p.m. For tickets and further details go to slobrewingco.com.

The Pewter Plough Playhouse will have a live cabaret show on New Year’s Eve, along with the final presentation of their beloved stage show A Tuna Christmas. The evening begins in the theater with the last performance of the hilarious satire, and is followed by a buffet dinner and dessert. Opolo champagne flows, not just in tiny toasts, but served generously. Then comes the cabaret with a live show that features Sunny Wright and Dave Manion performing “Swingin’ Thru the Decades!” With Sunny on vocals and Dave on piano, this power duo will take you right into next year! Tickets are $130 for dinner and both shows; reserve yours now at 927-3877, or go to pewterploughplayhouse.org.

Just what you need after the spend-happy holidays—free concerts! Songwriters at Play, the venerable traveling talent showcase started by Steve Key in 2010, celebrates their third birthday next month. To celebrate, they’re doing what they do best—featuring some of the finest musicians in the Central Coast area.

Every Sunday from 1 to 4 p.m., Sculpterra Winery in Paso Robles hosts the talent showcase, which features one lead act, and several others playing four-song mini-sets. On Sunday, Dec. 29, see Stephen Styles in “Stephen Styles plays Paso,” featuring the Buellton-based singer-songwriter along with Rob Kimball, Curtis Marsh, Mia Edsall, and L.A.-based Wicked Saints. Styles, a Nashville go-to session musician and songwriter, played the 2013 Pozo Stampede along with the likes of Trace Adkins and Joe Nichols, and has been invited back to the Stampede for 2014. 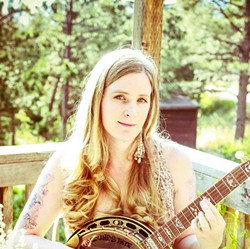 Then on Sunday, Jan. 5, “California banjo sweetheart” Erin Inglish takes the stage at Sculpterra for Songwriters at Play’s third birthday party. Erin studied folk, bluegrass, and engineering at the same time at Berkeley, and toured internationally with her folk roots sound. To promote her album “A Melody So Sweet” she toured the coast of California by bicycle! That’s SO Central Coast!

Switching venues to Bon Temps Creole Café, Los Osos native and Songwriters at Play regular Ryan Dishen will perform Sunday Dec. 30. Dishen, who describes his sound as “folk-punk-indie,” will be the featured artist, with short sets by Dylan Lee O’Harra, Steven Paul, and Wicked Saints. Dishen is following his dream to Nashville soon, so see him now before free tickets to his shows are but a distant memory.

Hoedown at the Red Barn

An age-old tradition returns this New Year’s Eve with the Big Hoedown at the Red Barn in Los Osos. This special benefit for the Maxine Lewis Memorial Shelter will feature 12 acts playing short sets to create a variety night showcasing local folk, blues, bluegrass, and original music. Some of the groups performing will include Yo Pitzy Jug Band, The Old-Time Fiddle and Banjo Show, Amber Cross, Christine Rogers and Steve Watt, Amaya Rose, Tony Skelton, and Robert Keane.

All proceeds from the show will be donated to the shelter. No tickets are required, but suggested donation is $15 at the door. Doors open at 4:30 p.m., potluck supper and band begin at 5. BYOB. Call 776-3172 for more information, or e-mail redbarnseries@gmail.com.

In a tribute to legendary rock drummer Ed Cassidy, Merrell Fankhauser, guitarist and composer of the classic surf hit “Wipe Out,” has re-released a 2-disc blues album called On The Blue Road. Cassidy, who passed away last year, founded the progressive rock band Spirit, best known for the ’70s classic “I’ve Got a Line on You,” though Cassidy performed in jazz, country, and Dixieland bands all over the country in the ’40s, ’50s, and ’60s. After Spirit disbanded, Cassidy crossed paths with Pismo Beach native Fankhauser, and Blue Road was released for the first time in 1994. Buy it at gonzomultimedia.com.

On Dec. 28, D’Anbino Vineyards & Cellars will feature Central Coast band Zzah. This contemporary jazz ensemble hails from Central California and has played many festivals and venues up and down the West Coast.  They have appeared with George Benson, Billie Preston, Spyro Gyra, and more.  Tickets are $10 at the door, $5 for club members. Reservations are accepted, though the kitchen is closed until Jan. 1, 2014.

This week I thought I would check in with a local favorite venue about the year in review.

I asked owner and manager Todd Newman of SLO Brew for a short list of highlights at the local live music institution, and he happily responded with the following who’s who of musical luminaries:

“In February SLO Brew hosted musical legend Dr. John in a sold-out show one night before he performed at the Grammy Awards with The Black Keys,” Newman said. On March 5 there was Ryan Bingham—an “amazing talent and Grammy Award-winner for the soundtrack of Crazy Heart.” In March yet another Grammy winner—Los Lobos—graced the stage. April was an especially big month, first with The Postal Service (“We hosted this concert at The Madonna Expo and sold out in ten minutes,” he said) and then afterwards Modest Mouse (“Again sold out in a few days...over 2000 tickets.”) In May there was James Hunter, “an English R&B and soul singer from the U.K. ... absolutely amazing performance.” Summer shows included none other than The Dude, Jeff Bridges, the Oscar-winning actor who performed with his band The Abiders. In September there was Adam Ant, and lastly, in November the venue hosted “Concerts for Cayucos” featuring Matt Costa, Cayucas, Makana, and The Monroe, “with proceeds from the event raising $22,000 for the Cayucos Pier reconstruction.”

Just another great year for live music in SLO, with lots more to come in 2014. Look for it here first!

And so, to recap: “And there’s a hand my trusty friend!/ And give me a hand o’ thine!” In other words, get out there, see your friends, raise your glass, and have an extremely happy New Year. But while you’re out partying, keep this in mind: A Yellow Cab costs $3.50 a mile, and San Luis Obispo is only 13 square miles. Waking up safe and sound on New Year’s Day versus a night in the clink? Priceless.

Victoria Dale is filling in for Glen while he’s on vacation. Send musical tidbits to gstarkey@newtimesslo.com.