Listening to Rüfüs du Soul's new album, Solace, I can totally imagine a sea of people, hands over their heads, eyes closed, swaying in unison to the Australian trio's live electronica and house music beside the Pacific Ocean at the Avila Beach Golf Resort next Thursday, July 18 (gates at 5 p.m.; 18-and-older; $39.50 to $97.50 at Boo Boo's and eventbrite.com).

In many ways, Solace is their darkest project, exploring depression and introspection—personal issues they struggled with in making the record.

"It's about finding a sense of hope in a darker time," the trio said in press materials.

According to their manager, "The album was born out of a particularly poignant period for the band and thus tackles heavier themes such as the pain of loss and the persistence of memory."

"We've been through a big process," the group said. "Almost a year and a half of our lives. We put all our hearts into making this record."

Over its nine-year existence, Rüfüs du Soul has emerged as one of the world's preeminent live electronic acts, and it's recently added new analog gear as well as a revamped visual setup.

"The new live show will bring the magical spontaneity of the group's studio process to the stage in an unprecedented format," according to their management.

This show's brought to you by Otter Productions Inc.

As Ed Sullivan used to say, "Numbskull and Good Medicine Presents have some really big shoes for you this week." It all starts on Thursday, July 11, when The Brothers Comatose plays the SLO Mission Plaza on (5:30 p.m.; all ages; $18 presale at Boo Boo's and ticketfly.com or $20 at the door), with Derek Senn and Arthur Watership opening.

Senn was our cover model a couple of weeks ago ("For the love of music," June 27) about his new CD How Could a Man, and Arthur Watership is a New Times Music Awards winner, so this should be a really great show. The main event is Bay Area bluegrass quintet The Brothers Comatose, featuring brothers Ben (guitar) and Alex Morrison (banjo), with Gio Benedetti (bass), Philip Brezina (violin), and Ryan Avellone (mandolin).

This is a terrific live band that plays raucous versions of traditional bluegrass, country, and rock 'n' roll. They turn bluegrass traditions on their ear, and the result is amazing! 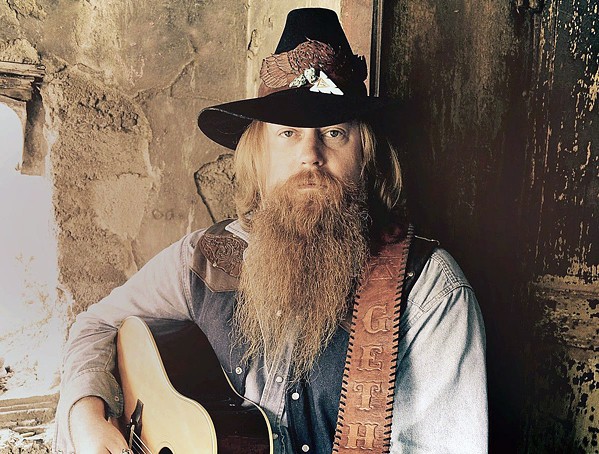 The award-winning singer-songwriter was born in West Virginia but raised in a rural Indian village in Alaska. He also served eight years in the U.S. Marines. He exploded onto the scene in 2017 upon the release of Where The Honkytonk Belongs, his six-song EP that garnered revolving play on Sirius XM's Outlaw Country and was one of the top-selling Outlaw Country albums on iTunes, which led to his Male Vocalist of the Year and Album of the Year awards at the California Country Awards and LA Weekly naming him 2018's Best Outlaw Country Artist.

He's currently touring in support of his new singles, "Bottle In My Hand" and "Basket Case," as well as his upcoming full-length album, Western Gold, due out on July 26. His new music is produced by Vance Powell (Jack White, Chris Stapleton, Willie Nelson).

See tribute acts Led Zepagain and High Voltage when they offer rousing homage to Led Zeppelin and AC/DC, respectively, at Presqu'ile Winery on Saturday, July 13 (6 p.m.; all ages; $25 presale at Boo Boo's and ticketfly.com or $30 at the door).

Electronica at the Rock

Electronic musician Robert DeLong plays the SLO Brew Rock Event Center on Friday, July 12 (8:30 p.m.; 18-and-older; $18 at Boo Boo's and slobrew.com; standing room only). He started as a drummer for indie rock band The Denouement, but after going to a bunch of raves, he began experimenting with electronic elements. He's also known for using video game peripherals like a Wii remote and joystick. Gothic Topic will open this show.

SLO Brew will host the Technicolor Unicorn Party: Official Central Coast Pride Party at its downtown location on Saturday, July 13 (7 p.m.; 18-and-older; presale $20 at Boo Boo's and slobrew.com or $25 at the door). The SLO Queerdos have a great party planned with music by DJ SUZ and drag queens. Mahlae Balenciaga will emcee. 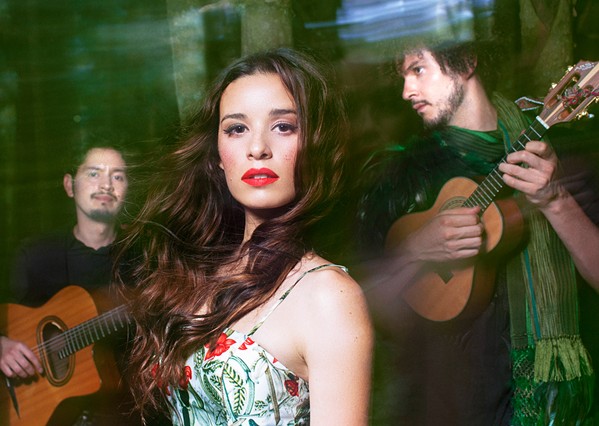 If it's July—and it is—it's time for the California Mid-State Fair, which returns to the fairgrounds in Paso Robles July 17 to 28. As usual, there are ticketed shows in the Chumash Grandstand Arena as well as shows that are free with your fair admission on the Fort Frontier Stage and Mission Square. You can get a complete list at midstatefair.com. 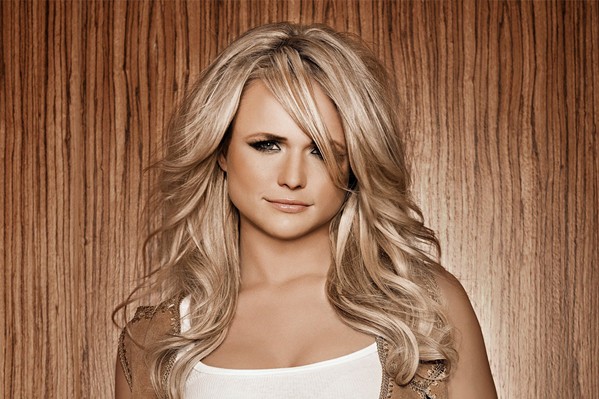 On Wednesday, July 11, "All Star" band Smash Mouth plays the Fort Frontier Stage at 6:30 and 8:30 p.m. for free, and local singer-songwriter Kenny Taylor is free at Mission Square at 7 p.m. Country hitmaker Miranda Lambert headlines the Chumash Grandstand Arena (7:30 p.m.; all ages; $41 to $116 at midstatefair.com).

Lambert's hits include "Automatic," "Vice," "Mama's Broken Heart," "The House That Built Me," "White Liar," "Heart Like Mine," and "Over You." She's won multiple ACM, CMA, and Grammy awards. In fact, in 2018 she was named ACM Female Vocalist of the Year for the ninth consecutive year, surpassing Reba McEntire. Special guest Randy Houser opens the show.

Benatar and Giraldo have been making music together for four decades, having met in 1979 in a small rehearsal room at SIR Studios in New York City. "We Belong," "Invincible," "Love Is A Battlefield," "Promises In The Dark," and "We Live For Love" are a few of their hits.

"Calling the album The Medicine Show puts straight up, front and center, that this is about health, wellness, cannabis, this new thought, new paradigm, however you want to talk about it, however you want to understand it," Etheridge said in press materials. "It influences every song on the album. We're not afraid of this anymore. We've come a long way." 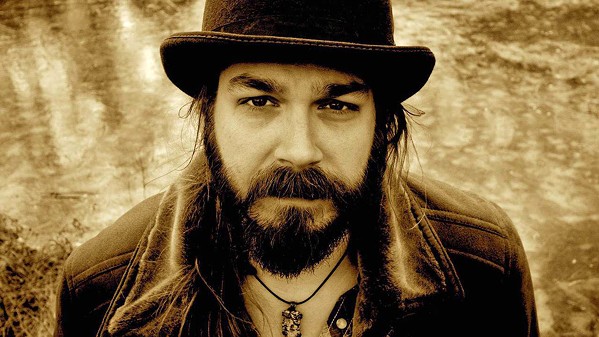 You may not know his name, but you've probably heard Ward Davis' songs. After all, the singer-songwriter has penned tunes covered by the likes of Willie Nelson, Merle Haggard, Trace Adkins, Wade Hayes, Sammy Kershaw, Bucky Covington, Jimmie Van Zant, and many more.

He recently co-wrote "I'm Not the Devil" with Cody Jinks, with whom he frequently tours—upward of 250 shows a year! Ward Davis plays the Fremont Theater next Thursday, July 18 (8 p.m.; all ages; $27.31 at Boo Boo Records or fremontslo.com). 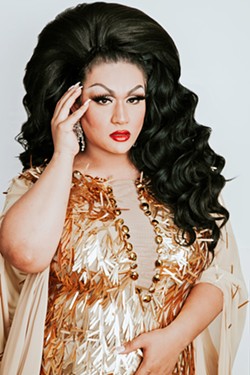 Singer-songwriter Kevin Coons considers his sound in the vein of Townes Van Zandt or late '90s Drag City artists, delivering folk and indie rock that "always retains its honest core and ambitious lyric complexity, taking cues from literature as much as music," he explained. As frontman for Candle, he toured the U.S. Now he's releasing his solo debut EP, Trust Darkness, with a release party at Boo Boo Records on Friday, July 12 (6 p.m.; all ages; free). Malfet, who plays "pastoral dungeon synth—medieval-influenced synthesizer music"—releases his sophomore album, The Way To Avalon, at Sweet Springs Saloon on Saturday, July 13 (8 p.m.; 21-and-older; free), with Los Angeles dungeon industrial act Hasufel, Los Angeles dungeon synth act Etheria, and local glitterwave act .paperman opening. Of his new album, Malfet explained, "The Way to Avalon describes the journey from the known into the unknowable—abandoning familiar comforts and embracing the call to adventure. The forest of medieval literature represented something quite different to that of the English Romantics—not simply a place of idyllicism or awe-inspiring beauty, but also an edifice of darkness, wrought with danger and unseen magical forces."

DJ Serenna, The Hubcap Stealers, and the Drive-In Romeos play the Avila Beach Golf Resort when Gears on the Green meets Brunch on Wheels this Sunday, July 14 (10 a.m. to 3 p.m.). Come check out the pre-1995 car show and grab some grub at one of the many food trucks, all while listening to some great entertainment! 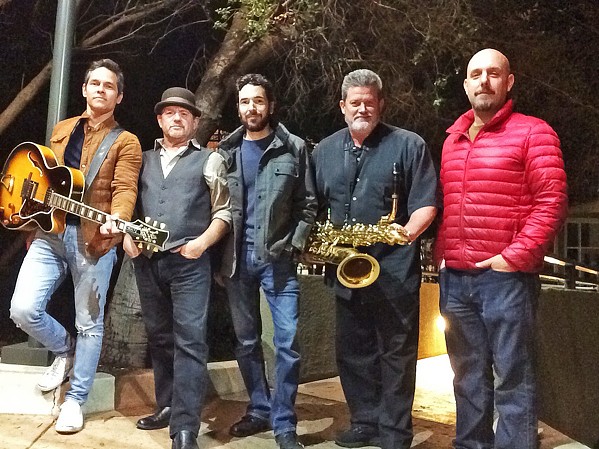