One Christmas, there was simply no money for presents, but Jeannette Walls’ dad didn’t want his kids to feel gypped. So on Christmas Eve, he took them all out one by one and said to pick out their favorite star. Walls set her eye on the planet Venus, which is much warmer than Earth.

“So,” her dad said, “when the sun starts to burn out and Earth turns cold, everyone might want to move to Venus to get warm. And they’ll have to get permission from your descendants first.”

While the gift delighted Walls, her sister thought it was a less charming gesture and looks back on that Christmas with some bitterness toward her dad. Still it’s easily one of the more glowing memories in Walls’ best-selling memoir, The Glass Castle. 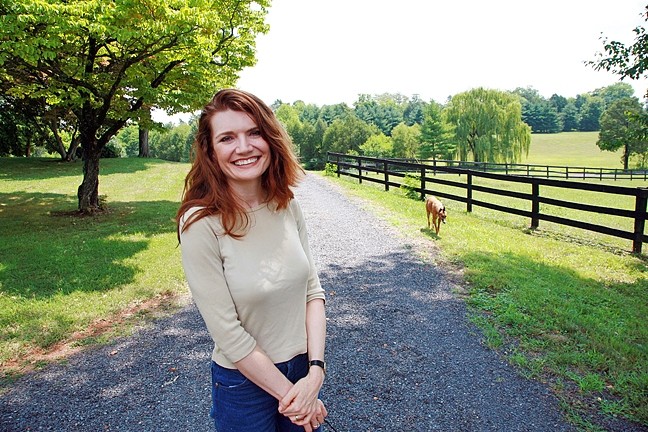 “It was the most excruciating process,” Walls said of writing her memoir. “I was terrified about what other people would think.”

That’s because Walls didn’t have an ideal or even semi-typical upbringing. Her parents, Rose Mary and Rex, eschewed conformity and embraced a lifestyle of sometimes chosen and sometimes forced homelessness, moving the family like nomads from the desert to the mountains to a dismal West Virginia mining town and a house with no heat. Money set aside for groceries was likely to end up being spent on booze by her father or art supplies by her mother. One weekend, while the family visited grandpa and Uncle Stanley’s apartment to shower, Wall’s uncle started to run his hand across her thigh while they were both sitting on the couch. She looked over and realized he was masturbating. When Walls tearfully told her mom about the incident, Rose Mary basically told her daughter that sexual assault only hurts if you let it.

“I think she felt we weren’t in a position to make a big deal,” Walls said. “I don’t agree with her, but I can understand it. If that was my child I would have ripped his eyes out.”

Still, in her writing and in real life, Walls has surprisingly kept no tally of wrongs when it comes to her parents. She paints the good with the bad and acknowledges her parents’ good qualities (their constant creativity and desire to teach their kids everything from art to physics) to their shortcomings (an ability to put food on the table and generally provide for the family).

In spite of the uncertainty and disadvantages of her childhood, Walls managed to go to college, have a career in journalism, and write four books.

“The blessing and curse of my childhood is that I’m a fighter,” Walls said. “And the big lesson I’ve learned is you don’t always have to fight.”

On Feb. 21, Walls will share tidbits from her memoir and wisdom from life at the Cal Poly Performing Arts Center.

“I want to talk about hardships, about overcoming difficult things,” she said. “I think we’re all stronger than we realize. The worst experience can have a valuable gift if you’re willing to receive it.”

While her father passed away years ago, Walls’ mother Rose Mary now lives on her property in Virginia in a house her daughter had built just for her. When Rose Mary became homeless again in her 70s, Walls asked her mom to come live with her. Rose Mary initially refused saying she was no one’s charity case.

“So I told her, ‘Mom, I’m thinking of getting horses and I could use your help,’” Walls said. “She told me, ‘I’ll be right there.’ I find her amusing and maddening. We’ll never be soul mates, but I do love her.”

Ryah Cooley is rising above it all at rcooley@newtimesslo.com.