Many San Luis Bay Estates homeowners invested in their property because of its proximity to the Avila Beach Golf Resort, which is roughly 2 miles away. But a recent proposal to develop 10 overnight accommodations at the resort makes them worried about losing out on the chance to golf.

One of them is Curtis Cole, a board member of the San Luis Bay Estates Homeowners Association.

"We want it to have a golf course. There are many, many homeowners in [the Bay Estates] who have golf carts. Many of the homes, including mine, have a separate garage for a golf cart," Cole said. "The vision was when our master plan was created in the early 1980s ... the amount of automobile usage would be minimal because people would be getting around in golf carts."

At the March 24 San Luis Obispo County Planning Commission meeting, Cole aired the HOA's worries about the golf resort's request to amend the master plan to include the proposed overnight units. The Avila Valley Advisory Council (AVAC) also submitted letters to the Planning Commission about its concerns. Due to the wave of public comments, the commission postponed a decision on the overnight accommodations to May 26.

Rob Rossi, a longtime co-owner of the golf resort, told New Times that community members could still golf on the 170-acre space even if the developments were approved and constructed.

"It does not modify the golf course significantly at all. Of the existing facilities, they sit on approximately 10 acres of the 170, and that will expand by another 12 acres. So, the golf course remains an 18-hole golf course. The golf course has been there since 1969, so it predates all the housing that these neighbors live in," Rossi said. 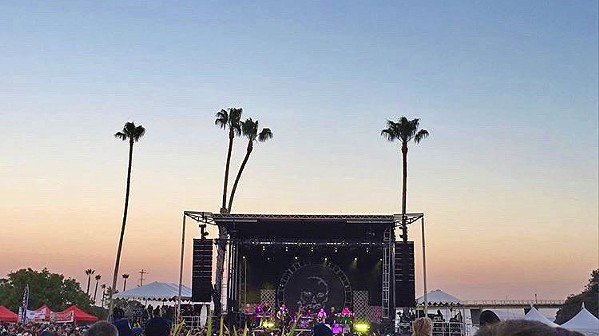 Another major concern both the homeowners and AVAC separately raised was that the proposed overnight units would block residents' evacuation routes in the event of a wildfire. Community members in Avila have long protested outdoor events at the golf resort, primarily citing illegitimate application processes and traffic congestion. Cole told New Times that even if the proposed units were small in number, it could potentially obstruct residents' secondary evacuation zone from Blue Heron Drive that winds down to Ana Bay Road and out onto Avila Beach Drive.

Resting in the hills and out of view from the main roads, the 620-house development in the clusters is situated among dry brush. According to Cal Fire's fire hazard severity zones map, the homes are at a "very high" risk.

But Rossi said that the evacuation routes would remain the same.

The 10-unit proposal is separate from a larger resort construction project that the golf resort is hoping to also get approved. Rossi said that the bigger project is undergoing environmental review at the county level, and added that the overnight accommodation proposal is exempt from California Environmental Quality Act review because of its smaller scope and size. But AVAC wants the review.

"It just didn't make sense to us. This small project bypasses that entirely. Development is not supposed to be handled in an incremental way," AVAC Councilmember Sherri Danoff said. Δ