At the April 17 San Luis Obispo County Board of Supervisors meeting, a quarter of the room was filled with blue-shirt-wearing activists concerned about future development in Avila Beach. 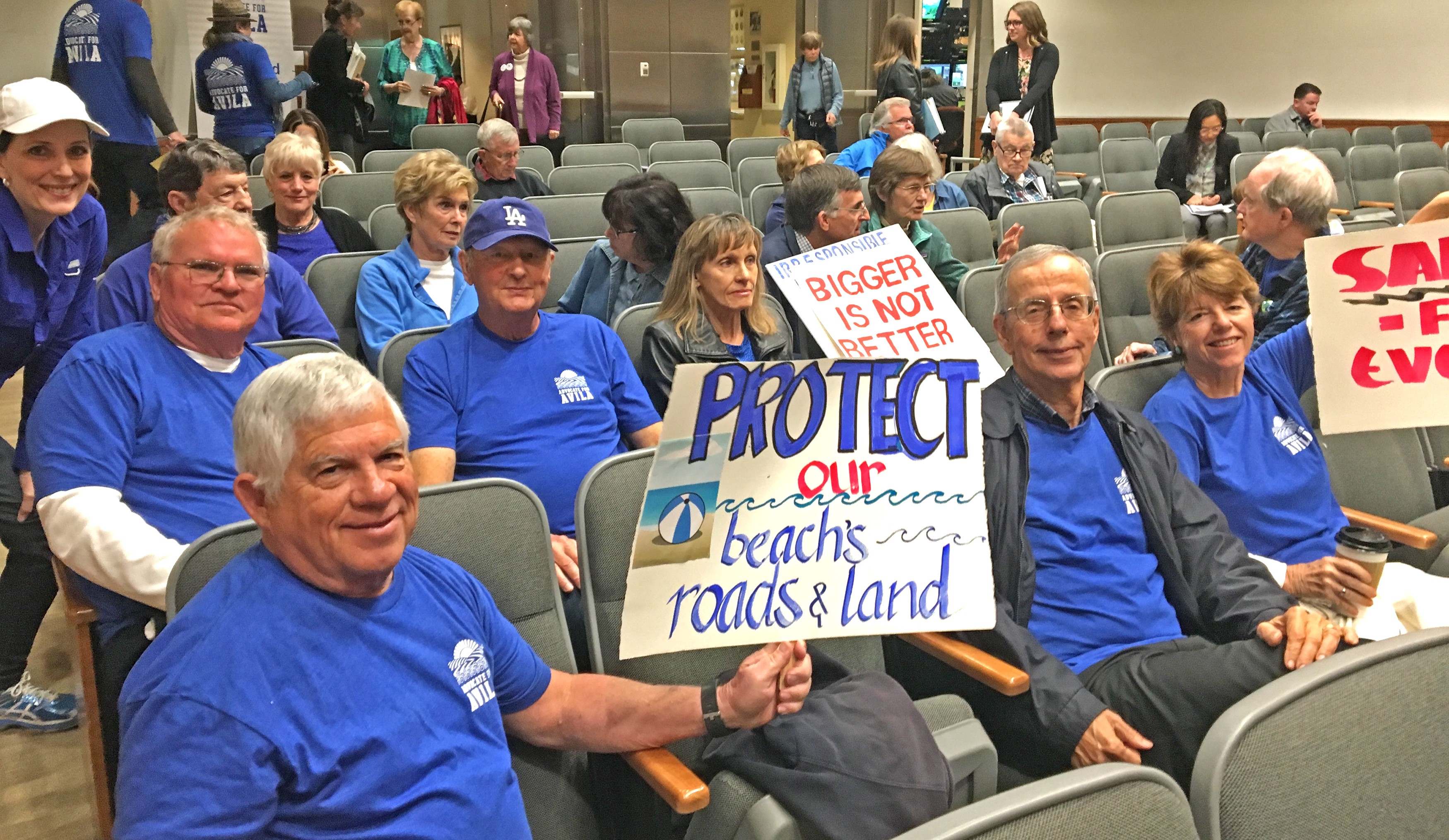 Concerned Citizens for Avila presented supervisors with 2,047 signatures on a petition against any large development in the beach town.

Suits said the group is asking for an update to Avila Beach's general plan before any future development is considered for the area. The general plan was adopted in the '80s, but he said there has been a huge change in population, infrastructure, and tourism since then.

The group formed in 2015 when HomeFed Corp, a company that leases Wild Cherry Canyon from a subsidiary of PG&E, proposed building 1,000 to 1,500 homes on 240 acres of the property. Discussions about the proposed project ended in 2016. In the same year, Chevron proposed building a 232-unit resort at Avila Point. Lack of access halted the project.

Since 2015, the Board of Supervisors has been working with the advisory council and residents on research for the update.

The group was spurred into action because of an email that was released in late February.

The email was between PG&E and a local developer seeking to build a 15,000-home community in Wild Cherry Canyon. An application has yet to be submitted to the county for a proposed project.

SLO County 3rd District Supervisor Adam Hill said that while there are not any serious development projects at this time, there has always been talk of potential projects for the area. He said Concerned Citizens for Avila spoke during public comment to remind the board and community of opposition to future projects.

"They came mostly just to show citizen vigilance. Because Avila is a beautiful place and it has natural limitations," Hill said. "You've got the two-lane road, you have a very busy beach on any given day, and then, the events at the golf course."