October 22, 2020
comment
Editor's note: The Dia de Los Muertos drive-in concert on Oct. 31 has been cancelled, according to an event organizer. County health officials notified organizers that the concert was not permitted under COVID-19 health guidelines. New Times learned of the cancellation after this story went to press.

Morro Bay's favorite son, Jody Mulgrew, continues to offer two free livestreamed concerts a month on the second and fourth Saturdays, which means you can catch this incredibly gifted singer-songwriter this Saturday, Oct. 24 (8 p.m. on his Patreon page, patreon.com/JodyMulgrew).

He's got a deep catalog of originals, and he knows a ton of covers too. You never know what you're going to get. During his Oct. 10 show, he opened with a brand new song he'd been working on, "Get Back Yesterday."

Mulgrew's got a tender tenor voice and sings with such sweet emotion. It's no wonder he's won so many awards, including two Album of the Year awards at the NTMAs. His livestream shows are charming as heck. His patter as he interacts with audience comments makes you feel like you're in the room with him.

After "Get Back Yesterday," he followed with Bruce Springsteen's "Dancing in the Dark," whose lyrics he modified slightly to reflect that he's been picking up his son's toys and folding his laundry. I dare you not to be charmed by Mulgrew.

Next he got a request for a tropical song, so he switched guitars and played one called "Mighty Ocean." He told a great story about buying a guitar in Bangkok, and the bartering process. It's like a conversation with a friend in your living room. Intimate and entertaining—Mulgrew puts on a great show. If you miss it, you can watch it on his website: jodymulgrew.com. 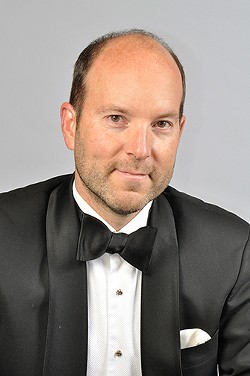 "The recital, which is part of Cal Poly's Mustang Family Week, is a fun opportunity for our faculty to collaborate and to demonstrate the breadth of talent across our teaching studios," recital coordinator Christopher J. Woodruff said. "There will be a live Q-and-A session with faculty immediately following the recital."

Hear "Fanfare for St. Edmundsbury" by Benjamin Britten; "On Your Own Now" by Steven Verhelst; Violin Sonata in C Major, Op. 5, No. 3, by Arcangelo Corelli, and more!

Father-and-son duo The Journals continue their foray into hip-hop with "Tricks," their newest track on their Soundcloud account (soundcloud.com/the-journals-music). In keeping with the Halloween season, it's got a spooky vibe, but the lyrics will really bring political fear to the forefront: "We've got the wolf in sheep's clothing. We've got the owners of the world. We've got depopulation without a cure. We've got news that's hard to swallow. We got leaders we can't follow, making all of the issues one big blur." Listen before you vote! 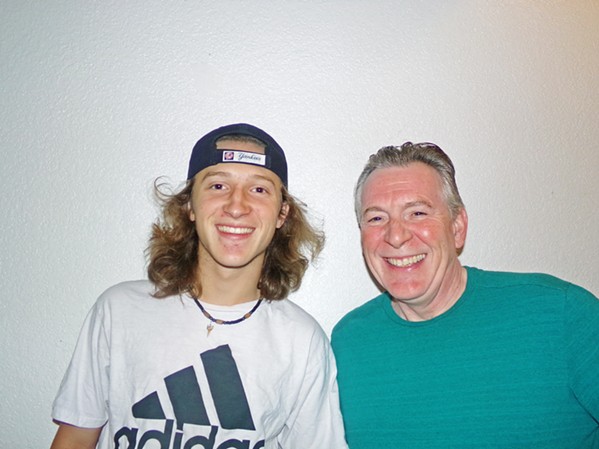 "When we look back on this wild year, one thing we'll remark on (I hope) is the eleventh-hour resurrection of the Simple Truth—the idea that our shared version of 'reality' has to be based on a set of objective facts, and not just whatever variation of the 'story' we may prefer," Duncan wrote. "I mean, I would like to believe that the polar ice caps are doing just fine, but people who know better say otherwise, and if I want to remain relevant to that discussion, I'm just going to have to deal with it."

There are still a few spots left for the Saturday, Oct. 31, drive-in concert at La Cuesta Ranch (2400 Loomis St., SLO) with soul, funk, and blues act The Vibe Setters (6:15 p.m.) and bluesy soulful rock group Próxima Parada (7:30 p.m.). Dubbed a Día de los Muertos concert and "cultural experience paying homage to ones lost," the show begins at 6 p.m. with an observance, and dancers will take to the stage between bands.

"Sales started strong," organizer Ryan Orr said, "and I'm expecting things to start moving in the last week. We're working in cooperation with SLO County Sheriff's Department and have an open line of communication with them in regards to any concerns or questions they may have. My team and I take the safety and health of our concertgoers with the utmost priority and assure a secure and organized production."

Each vehicle will get a 20-by-20-foot plot, and you can watch the show outside your vehicle but you must wear a mask. The audio will be broadcast on FM radio (the sound does not come from the stage!) It'll set you back $100 per vehicle for up to four people or $150 VIP per vehicle with early entry and first two rows parking, available at ticketsauce.com/e/driveinslo/preview. Δ