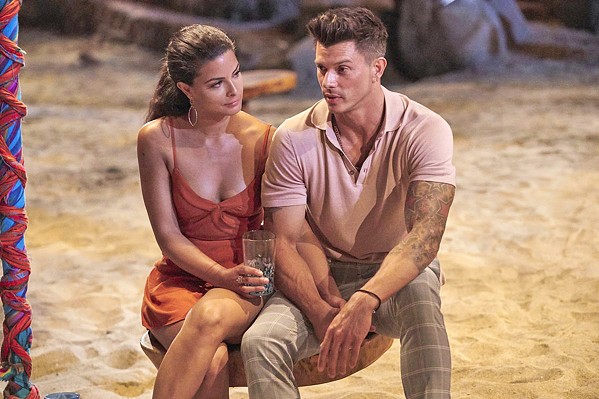 Where's it showing? ABC (every Monday and Tuesday night), Hulu

When longtime host of all things Bachelor and Bachelorette, Chris Harrison stepped away from the popular reality franchise in June (after publicly defending former Bachelor contestant Rachael Kirkconnell amid accusations of racist behavior), his absence paved the way for an exciting new development for the seventh season of Bachelor in Paradise (which started airing in August), as a circuit of celebrity hosts are making guest appearances throughout the season. The lineup includes David Spade, Lance Bass, and Lil Jon, among others.

So far during the season, drama in paradise has been unfolding as spectacularly as any Bachelor fan could hope for.

Bachelor in Paradise offers a fantastic escape for those of us who just want to collapse into the couch after a long, hard day and zone out while watching sexy, sandy model-esque people (or actual models) try to find love on a Mexican beach. Of course, the show falls into the "guilty-pleasure" category for obvious reasons, but nevertheless, it offers viewers (both members and nonmembers of "Bachelor Nation") an endless bounty of quality entertainment. (Nine episodes, lengths vary).