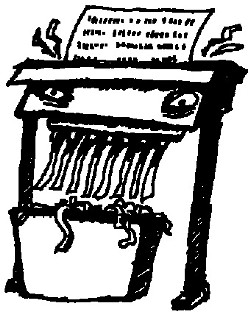 Well, Adam Hill has done it again. I don’t know how. I don’t know why. I sort of loosely know when, based on the established narrative. I’m guessing he had some assistance from Caren Ray, the FBI, Bruce Gibson, and Agenda 21. (Obviously, I can’t go into specifics because I wasn’t there, but that’s not going to stop me from talking—predictably and illogically—out of my ass.)

Somehow, Adam Hill infiltrated the San Luis Obispo Police Department and strong armed them into arresting local blogger Karen Velie on suspicion of driving under the influence. That same night, he switched the non-alcoholic wine she had ordered for wine with alcoholic content; rigged her car so that it would swerve into another lane, almost hitting a cop; rigged a breathalyzer so she would blow a .079 percent BAC; then somehow convinced a jury of 12 people with whom he allegedly had no relationship to convict her of driving under the influence. It’s the perfect crime—so simple it would seem batshit crazy if anyone tried to follow the trail from conspiracy to execution.

What a dirtbag Hill is; though I have to admit that the time he apparently devotes to being a dirtbag is admirable. I’m a professional dirtbag, and I don’t spend that much time conspiring against my enemies.

The show I speak of—for the unforgivably dense fanboys and girls who will repeat the same logical fallacies and rabid mantras regardless of the facts—is not the fact of getting arrested, or even convicted, of driving under the influence. The show I speak of is writing about the arrest, pinning the blame and attention on a police officer and gaggle of others, and somehow bizarrely trying to link the entire mess to CAPSLO and Adam Hill. The results of the trial have already borne out the fact that the story, alleged conspiracy, and radio talk show blustering were all completely overblown, but that’s what the conspirators would want us to think.

In the latest act of said show, fanboy Dave Congalton somehow pulled off a Herculean feat of bad logic by comparing Adam Hill’s recent apology letter after an outburst to the undeservedly salacious story about Velie’s DUI published on her own Cal Coast News. Fans of the site were told to focus not on the facts of Velie’s case, but on the probably-in-cahoots-with-Hill police officer who was doing his job (but we all know who he really works for).

Your opinion of Hill, as a man or as a supervisor, has nothing whatsoever to do with Velie’s arrest and conviction. But Congalton still managed to rail against Hill for sending a letter of apology on an unrelated matter while pleading for forgiveness for one of his buddies while disregarding the BS he let loose on the airwaves last August. In that first broadcast, back in 2013, he let the Cal Coast team allege that Velie’s arrest was probably due more to her reporting on homeless issues and government officials (like Hill) than—you know—alcohol.

Then last week Congalton ignored all those past allegations and instead decided to concentrate on how DUIs don’t endanger anyone—which is false—and that lots of people in this county have DUIs—which is the type of deflection tactic a third-grader might use.

The point isn’t whether DUIs are bad. The point is that Congalton and Cal Coast were wrong. There wasn’t a tangled web of cops and political officials with Hill at the center; there was just a DUI.

Instead, Congalton, after making a disingenuous statement about how he’s trying to remain grounded, queried what would happen if Hill were to lose his temper at a public event and attack someone. Because it’s completely grounded to theorize that someone he dislikes might just happen to physically attack someone. What if Congalton just happened to run someone off the road as he chased them through a school zone at unsafe speeds? I’m trying to be grounded here, but what if he turned into Godzilla and stomped through downtown destroying all the beautiful, unreinforced buildings? What if he took a giant pro-Velie crap all over the airwaves and the rest of us had to listen?

I’m being ridiculous, of course, but at least I’m doing it to make a point about Congalton’s alarmist hyperbole. Did your hero mess up big time? The go-to strategy in such a case seems to be to rail against your common enemy instead of just admitting it. Nothing like good ol’ misdirection to fool the sheep. Except that the misdirection was so ill-reasoned and poorly accomplished that it just sort of flopped around like a fish recently deprived of oxygen but not quite dead—which is frankly kinda sad to watch.

By their very definition, crapshows don’t generally have a very satisfying conclusion, but I do think we can extract a moral from this particular mess:

Karen Velie, Dave Congalton, and every fan who attacked, insulted, and maligned Officer Joshua Walsh owes him an apology—or at least an “oops, our bad.” Because if Hill got a DUI, do you think Congalton would let that slide on the grounds that it’s not that big of a deal and lots of people get DUIs? The smart bet is that Congalton would mess himself with excitement, and then there’d be excrement in the studio and on the airwaves, and that’s just bad radio.

Shredder will not be shutting the hell up. Try sending duct tape to shredder@newtimesslo.com.