Thieves suck, and musicians and DJs in particular are susceptible to their treachery. They all have expensive equipment usually amassed in a small area like a car or practice space—equipment they need to earn a living!—so it's easy to lose it all in an instant. Such was the case for Manuel Barba, who's been a huge part of our local music community as a DJ and concert promoter.

This Friday, Nov. 16, Bang the Drum Brewery hosts a fundraiser to help Barba replace his stolen DJ gear, which was swiped out of his car through a smashed window in the middle of the night.

"Bang the Drum Brewery will donate 30 percent of all sales for the first hour (6 to 7 p.m.), and then 20 percent from 7 to 10 p.m.," organizer and fellow DJ Velanche Stewart said. "There will be a silent auction, and some jars to put in your additional donations. Soul Dust DJs will be there to spin music, and Manuel will be there too!"

If you have anything you'd like to donate to the silent auction, you can email Stewart at velanche@gmail.com. Barba has been getting by through generous DJ friends who have loaned him equipment for his gigs, but now it's time to resupply a DJ who's given so much to the local scene.

"If you know Manuel Barba, when it comes to music in San Luis Obispo, he's just as much a fixture as any performer or band," Stewart said. "Having been a longtime DJ, you found him working at Boo Boo Records back in the day, or these days co-owning and running his own record store, Traffic Records. He's been one of the faces, and a co-founder, behind the SLO Record Swap events, has been involved in a number of charitable events, and has earned the respect of the DJ community, as well as the community at large, both from within and outside of SLO County. His influence is immeasurable and vast."

Taqueria 805 will be on hand with food, the beer will flow, and the music will be awesome! The Soul Dust DJs, of which Barba is part of the collective, will be dropping bomb tunes all night! Come help out a guy who's done so much for others! As for the thieves, karma's a bitch, scumbags!

Burlesque, Bhabie, and a brilliant songwriter

This week the Fremont Theater delivers three really diverse shows starting on Thursday, Nov. 15, with the SuicideGirls: Blackheart Burlesque  (9 p.m.; 18-and-older; $33.17 to $62.50 at Boo Boo's and fremontslo.com). The performers are calling Blackheart Burlesque "the sexiest, smartest, geekiest, and most fun definitive pop-culture burlesque show!" Performing since 2001 with a network of more than 3,000 performers, the burlesque artists have performed for millions of fans in six countries!

Rapper Bhad Bhabie (née Danielle Bregoli) plays the Fremont on Friday, Nov. 16 (9 p.m.; 16-and-older; $27.31 at Boo Boo's and fremontslo.com). The 15-year-old got Internet famous with her viral meme and catch phrase "cash me outside, how 'bout dah?" In 2017, her debut single "These Heaux" hit the Billboard Hot 100, making her the youngest female rapper to do so. 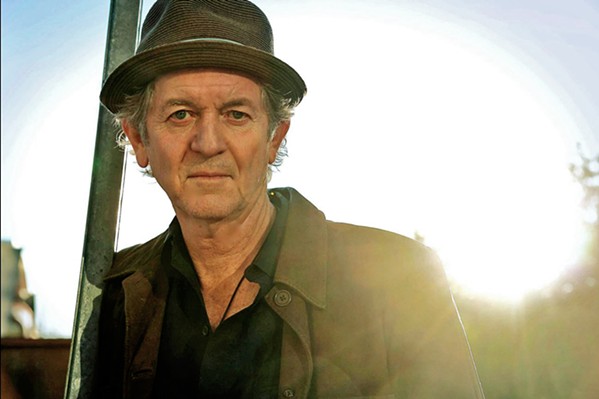 Americana singer-songwriter Rodney Crowell plays the Fremont on Sunday, Nov. 18 (doors at 8 p.m.; $42.56 to $59.06 at Boo Boo's and fremontslo.com). Coming out of the Guy Clark and Townes Van Zandt school of songwriting, he's a double Grammy Award winner (1990 Best Country Song for "After All This Time" and 2014 Best Americana Album for Old Yellow Moon) and has produced five No. 1 singles on Hot Country Songs charts.

'Tis the season, and Americana songwriter John Craigie has a great way for you to give and get. He plays a Numbskull and Good Medicine Presents concert this Saturday, Nov. 17, at The Siren (7 p.m.; 21-and-older; $16 presale at Boo Boo's and ticketfly.com or $21 at the door). One dollar from each ticket will be donated to Volunteers of America as part of Craigie's #KeepItWarm2018 tour.

Craigie is a John Prine-esque performer who writes stunning songs that run the range of emotions. On his fifth full-length album, No Rain, No Rose, he twice collaborated with Gregory Alan Isakov on "I Am California" and "Highway Blood," which both racked up 1 million Spotify streams and counting.

Rainbow Girls open. Catch some great music and help those in need! 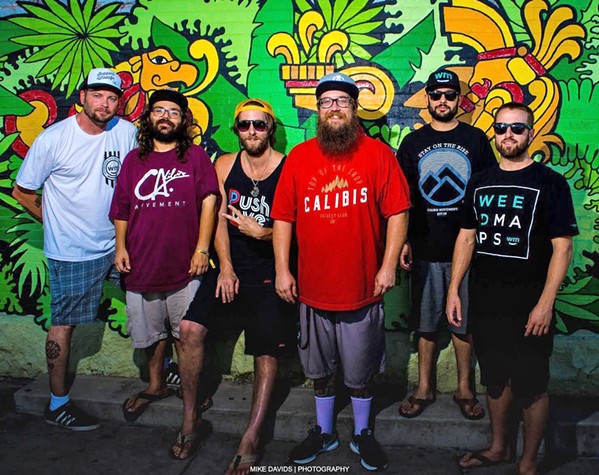 Reggae act Fortunate Youth plays SLO Brew Rock on Sunday, Nov. 18 (7 p.m.; 18-and-older; $18 at slobrew.com or $20 day of show), with The Movement opening. It's gonna be a huge reggae extravaganza!

Shadowlands, who won the Open category at this year's New Times Music Awards but couldn't play the show due to a previous commitment, will play at The 4 Cats Café and Gallery (formerly Steynberg Gallery) this Friday, Nov. 16 (7 p.m.; all ages; $10 call (805) 547-0278 for reservations). Expect amazing ethereal folk pop from a collective of amazing singer-songwriters (and one cool cellist).

A cappella group Rockapella performs Saturday, Nov. 17, in the Clark Center (7:30 p.m.; all ages; $48 to $55 at clarkcenter.org). As USA Today noted, "The best musical instrument of all is the human voice—if you've seen Rockapella you know that's the truth." Hear catchy original pop songs, and cover revisions of Motown, pop, and soul classics.