The San Luis Obispo Parks and Recreation Department is holding three, one-hour public workshops on Wednesday, June 5, at 4, 5, and 6 p.m. in the Ludwick Community Center. Parks staff is seeking input on residents' needs, wants, and desires for future parks amenities, as it develops the city's next parks and rec master plan. Families are encouraged to attend and provide feedback. Contact sscott@slocity.org for more information.

With the high school baseball season wrapping up and the San Luis Obispo Blues' season just getting started, it's a busy time of year at Sinsheimer Stadium in SLO.

Over the years, the nearly half-century-old city ballpark has hosted the games and seasons of countless youth, college, and semi-pro baseball teams, as well as community events like the SLO Triathlon. 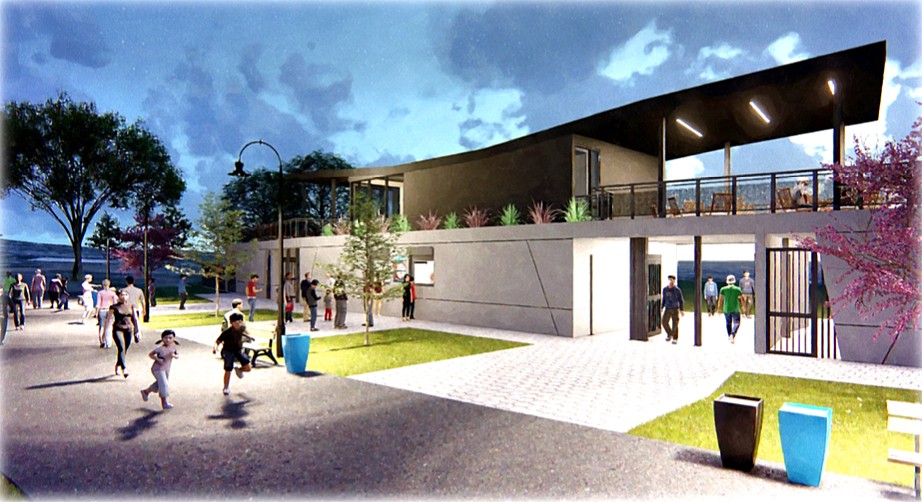 "The property's fallen apart," said Ed Gravell, pitching coach for the SLO Blues and a youth coach in the area. "Everybody's kind of turned a blind eye to what's happening."

At a May 1 SLO Parks and Recreation Commission meeting, Gravell and SLO Youth Baseball President Ryan Miller outlined a variety of issues at the stadium. They include: flood lights that are too dim; outfield grass that doesn't hold up year round; a dysfunctional scoreboard; and deteriorated infrastructure supporting the press box, concession stand, and restrooms.

Gravell and Miller pitched a solution to the city that they said they'd been cooking up for almost a year: an $8 million to $10 million stadium renovation funded by private donors.

"We've gone to at least 50 individuals with baseball expertise," Gravell explained. "Really, they believe it's a doable project."

The proposed overhaul would take place in four phases over three years. First steps are installing new lights at the stadium and artificial turf at both the stadium and its adjacent Stockton Field (at a total estimated cost of $2 million). Next up is the construction of a new press box, concession stand, restrooms, and barbecue area ($2 million to $4 million). The third phase involves renovating the stadium seating ($1 million). And, the final phase would consist of constructing an auxiliary building to house offices, restrooms, and storage space. 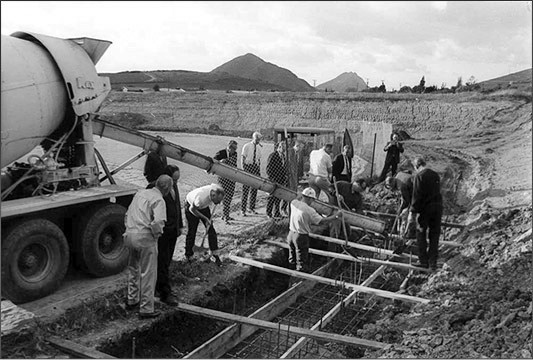 Its proponents said the project is necessary to preserve the Sinsheimer Park fields going into the future. In 2012, the city commissioned a building assessment at the stadium that found it'd reached the end of its structural life, and repairs were needed.

Gravell added that SLO Youth Baseball's membership continues to climb, surpassing 500 youth this year—so safe, year-round playing fields are increasingly important. The artificial turf and new lights would enable its use at any time of year and at night. While turf has a high upfront cost, its ongoing maintenance costs are less than natural grass.

In order to move the project forward, advocates will have to form a nonprofit foundation—the Friends of Sinsheimer Project. Gravell and Miller said they've already received about $2 million in verbal commitments for donations.

"We believe we have a solid plan with achievable results," Gravell said.

They will also need to earn the city's blessing and partnership, which remains uncertain. The Sinsheimer proposal comes as the city is gathering public input for a new, citywide parks and recreation master plan. Though the renovation is laid out as a private venture, facilitating it would nonetheless demand city staff time and resources, including developing an official donor agreement.

"That could take a significant amount of time and energy," said Shelly Stanwyck, the SLO Parks and Rec director.

Local residents will get a chance to weigh in on the proposal, and other parks issues, at three city workshops scheduled for Wednesday, June 5, at the Ludwick Community Center from 4 to 6 p.m.

On May 1, parks commissioners generally expressed support for the concept, but wanted to see more "fleshed out" plans and hear more public feedback.

"The [Sinsheimer Park] neighborhood would need to be engaged," Stanwyck noted.

According to SLO parks staff, some community members are opposed to the renovation. A group called the "Sand Lot Gang" feels that more focus and funds should go toward "the creation of additional fields aimed at youth baseball and softball, and not the renovation of the stadium," according to a city report.

As the city collects public input on playing fields generally as part of its master plan update, a wide variety of needs and requests have surfaced from residents. At a March 6 workshop, members from the soccer, baseball, softball, hockey, pickleball, rugby, and disc golf communities advocated for new and improved fields and facilities across the city.

"We do balance a lot of competing hopes and dreams," Stanwyck said.

In that vein, parks commissioners on May 1 suggested that Sinsheimer Stadium renovation proponents find a way to fold in opportunities for different uses, sports, and community groups to make it a more inclusive project. Δ