Belonging brings a portrait exhibition to downtown SLO, curated music and multimedia window displays to participating businesses, and a storytelling event on Aug. 1

R.A.C.E. Matters SLO’s two-month-long event titled Belonging features the We Are Here portrait exhibition; Rhythms in Black, a celebration of Black music in which participating local businesses play a curated playlist (available at soundcloud.com/racemattersslo); and Stories Matter, a live storytelling event on Sunday, Aug. 1, at Bang the Drum Brewery from 4 to 6 p.m., which costs $5 at eventbrite.com.

"We're very easy to pick out of crowd, and it's not easy to blend in. That lack of anonymity and sense of not belonging can be exhausting and emotionally laborious. It's a very unique experience to be Black in SLO County."

So said photographer Eric Deshawn Lerma, whose portrait exhibition of local people of color hangs on pedestrian banners in SLO's downtown core through Aug. 31. Each banner has a QR code, which if scanned into your smartphone will link to an interview of the model talking about his or her experience of being a person of color living in predominately white SLO County. 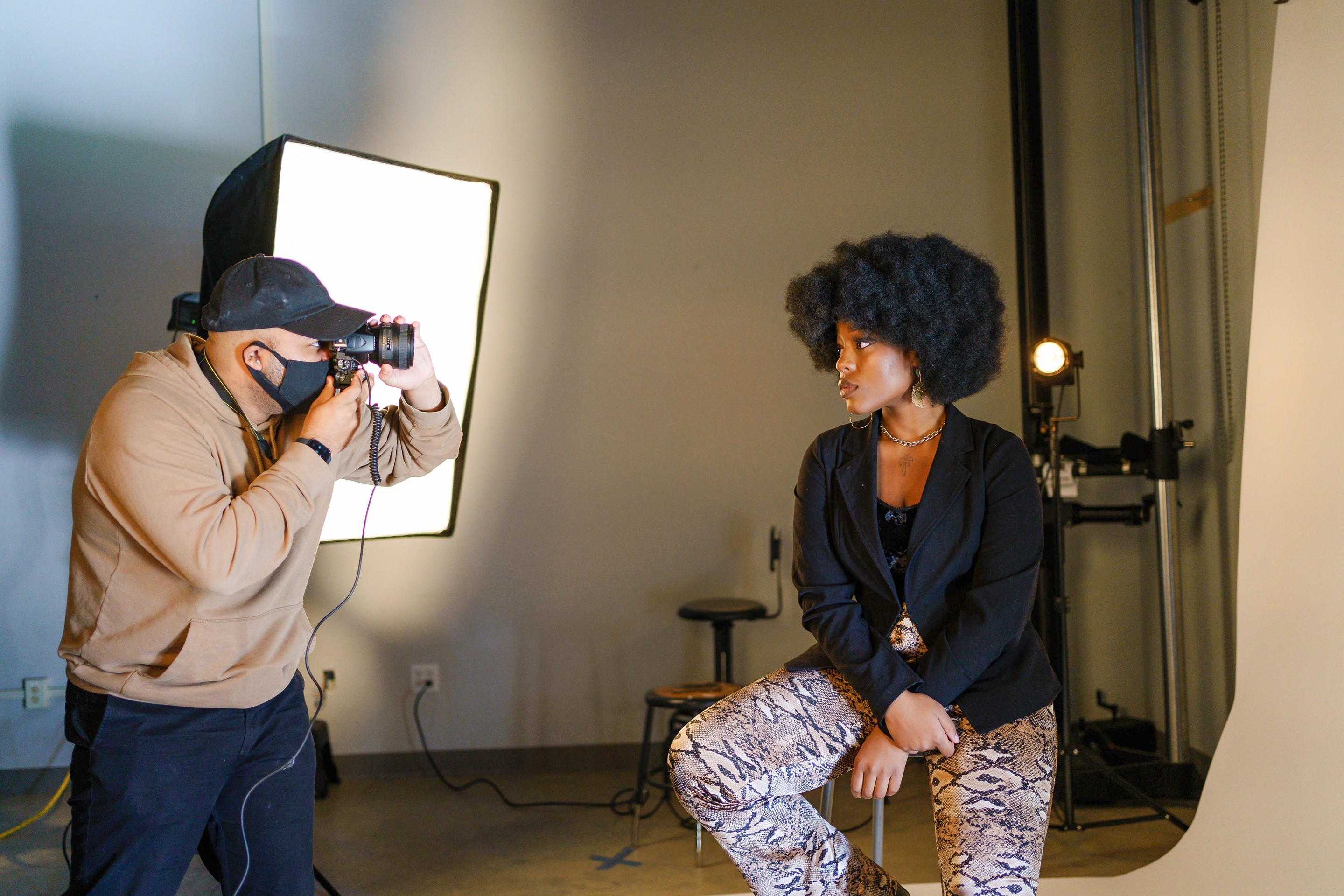 Titled We Are Here, the portrait exhibition is part of R.A.C.E. Matters SLO's two-month-long event called Belonging, which also includes Rhythms in Black, a celebration of Black music in which participating local businesses play a curated playlist; and Stories Matter, a live storytelling event on Sunday, Aug. 1, at Bang the Drum Brewery.

Inspired by famed abolitionist, writer, and statesman Frederick Douglass, who believed portraits of Black people were powerful tools for supporting Black liberation, We Are Here aims to "highlight the community—the egregiously small community—that's often targeted by law enforcement and the district attorney," Lerma said. "It's so easy for us to be seen as 'the other' or an antagonist. I think my biggest hope is that people really take the time to recognize and appreciate how small the Black community is in SLO and how isolating and unique an experience it can be."

One of the models is Veronica Avery of Paso Robles, who has been involved with local social justice groups R.A.C.E. Matters SLO and the Community Roots Project and the local Black Lives Matter protests. An avid surfer, she organized paddle-out events to pay tribute to George Floyd.

"I didn't think my story was special at all," Avery said, "but I have a real drive to take a stance and be a part of direct action and be a voice for racial justice."

Born in Paso, she attended high school in San Ardo until her senior year, when the bullying got so bad she transferred to SLO High, where she met Courtney Haile, who would go on to form R.A.C.E. Matters SLO.

"I hope that [people who see the photos] will understand that we are members of the community, that we do contribute," Avery explained. "If they don't share the same sort of values or understanding of where we are with social justice, I hope they will at least listen to our stores and see us as humans. I hope they soften their stance. Sometimes people hear Black Lives Matter and instantly have an opinion."

Another of the models is 10-year-old Los Osos fifth grader Tegeny Rodgers, who "kinda" liked his portrait but wished he wasn't smiling.

"I think I'd like it more if I looked serious," he said, "but I think it's pretty cool how [the video interviews are] letting other people know about that stuff, letting people speak their truth and getting their opinions out and letting the world know about their experiences. I feel like it will change their perspective. Everyone should know about how racist people can be and how it affects us."

The interviews were conducted by Jordan Martinez, who Haile said she initially sought out as a production coordinator to join the Belonging project team. Martinez stepped into the producer role and said she thinks the project is an important way to show inclusion and celebrate diversity.

"One of the most powerful of protests and best ways to celebrate diversity is getting to know people of color," she explained. Through texts and phone calls, she got to know the subjects well enough to "form deep enough personal relationships with them so that once we got to [the] day-of photo shoot, they felt safe and comfortable."

Like many involved in the project, Martinez believes it's important for SLO's white citizens to "listen to BIPOC [Black, Indigenous, People of Color] folks. I grew up in SLO, and while I didn't find it overtly racist, there were a lot of micro-aggressions—'you speak so well' or 'you're so pretty' for a Black girl. It's about listening and reflecting, thinking and empathy. It was an amazing project to work on, and I'm grateful to be a part of it, and the name of the project—Belonging—totally embodied what it felt like. I totally felt like I belonged."

Along with Martinez, Community Roots Project co-founder Stephen Heraldo took the photos included in this story and recorded the videotaped interview linked to Lerma's portraits.

"I hope the community sees Belonging as a way to celebrate its Black community members," Heraldo said. "Visibility and representation are so vital to the health of a community. I hope everyone recognizes how valuable it is to have folks and organizations like R.A.C.E. Matters that advocate and create space for people to be in their own skin. 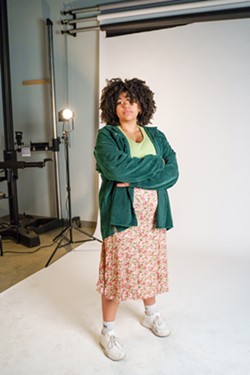 "What I continue to learn is that activism and resistance comes in many forms," Heraldo continued. "Last year, the global community took to the streets in ways we've never seen to advocate for Black and brown lives that were taken too soon. I see Belonging as a way to celebrate Black lives while they are still here. It's a way for the small Black community to own the space and say, 'We are here and we belong,' and that's a beautiful thing."

Many people—mostly white people—believe we're living in a post-racial world, and there's no doubt we've made huge strides over the decades, but racism remains.

"It's so deeply ingrained into our systems," Heraldo said. "Unfortunately, if we as a society can't agree that racial divides are still here, we won't ever be able to evolve."

Belonging aims to, if nothing else, raise awareness and facilitate evolution of thought. It took six months and many collaborators to create the project, and Heraldo hopes "everyone takes the time to walk on Higuera Street and see the portraits of your community members, and I hope that everyone takes the time to watch and listen to each of the participants' interviews."

The stories are compelling, and though SLO County may not be the most racist place in America, we, too, can improve. Is SLO County racist?

"I don't think it's not racist," Lerma said. "I think there's a lot of ignorance here. It's a very homogenous population, and a lot of people don't know what they don't know.

Correction: The original version of this story misattributed Jordan Martinez' title. She was a producer for R.A.C.E. Matters SLO's Belonging project.