A memorial fundraiser for a Cal Poly employee who was killed in a car accident this summer raised more than $5,200 in four days, reaching and going beyond its $5,000 goal by Dec. 20.

"Monica was so loved by so many people," fundraising organizer Karen Smith told New Times. "We're so very overwhelmed by the love and support and watching this grow." 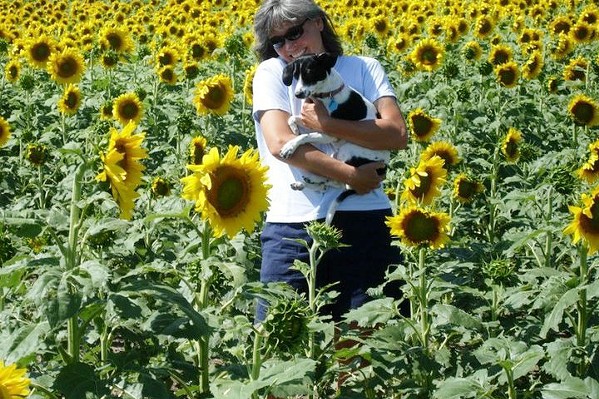 Monica Cantu died on July 15 while trying to help the victim of an accident on Highway 101 near Paso Robles. Cantu, who was a longtime senior facilities custodial manger at Cal Poly, was hit and killed by a van that lost control in debris from the earlier accident.

Smith was Cantu's best friend for more than a decade and said that while her death came as a horrible shock, the way it happened was less surprising. Cantu, Smith said, was the kind of person who would do anything for anyone at any time.

"Everything she did was to help better somebody's life," Smith said. "She never put her needs first."

After the accident, Smith knew she had to do something to keep Cantu's spirit alive. She initially wanted to plant a grove of trees in her honor somewhere in San Luis Obispo—something natural and full of life that captured Cantu's essence. Eventually she landed on installing an engraved memorial bench among trees already planted on Cal Poly's campus, where she was known and loved by so many people.

The landscaping team at Cal Poly quickly approved the project, and Smith launched a GoFundMe fundraiser to pay for the bench in mid-December. Although the fundraising goal was reached within a few days, Smith plans to leave it open to those who still want to make a donation in honor of Cantu. Any additional funds will go to the Woods Humane Society and the Marine Mammal Center in Monterey, paying homage to Cantu's lifelong love of animals.

Now all Smith needs to do is find the perfect spot for the bench and have it installed.

"I am so happy that so many people loved Monica," she said. "It's just incredible." Δ