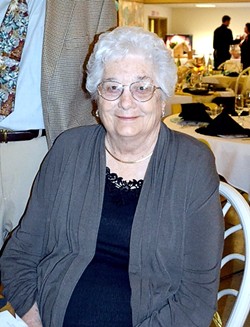 Bernie Kautz, the Clark Foundation president described as “the Mother Theresa of fundraising,” died of a stroke early Feb. 9.

Kautz, who turned 75 in January, was by all accounts the backbone of Arroyo Grande’s Clark Center for the Performing Arts. With the support of her husband Ron, Kautz raised millions of dollars to build and sustain the venue. Kautz also produced the center’s annual “Central Coast Follies” show, a benefit that raised $125,000 for Parkinson’s disease research.

In the ’80s, Ron and Bernie Kautz relocated to San Luis Obispo from Orange County to retire. They quickly became involved in public service. After a decade of fundraising, during which Kautz pulled in $9.5 million in donations, the Clark Center opened in 2002. The Arroyo Grande Chamber of Commerce honored Kautz’s efforts by naming her the city’s 2002 Citizen of the Year.

Asked if the Clark Center would have been completed on time without Kautz, Clark Foundation secretary Carol Rust told New Times, “I seriously doubt that. She was very instrumental in getting it to closure and getting the job done.”

Kautz will be deeply missed by her husband Ron; daughters Karin Berndt, Kelley Wandalear, and Kimberley Banks; her seven grandchildren; and the thousands of Clark Center patrons, performers, and supporters whose lives were touched by hers.