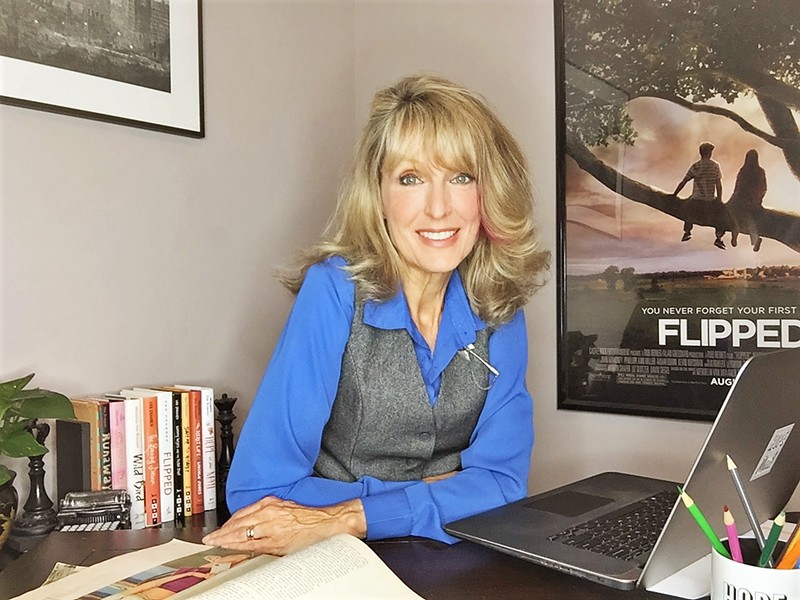 Wendelin Van Draanen released her latest book, Hope in the Mail: Reflections on Writing and Life, on Jan. 14. For more information about the book and Van Draanen, visit wendelinvand.com.

The title of Central Coast local Wendelin Van Draanen's new book alludes to the author's persistence in sending her unpublished novels to various New York publishers and agents—week after week, year after year. Van Draanen referred to the submission process as "putting hope in the mail."

After 10 years of rejection letters and other setbacks, Van Draanen finally landed a publisher. Sammy Keyes and the Hotel Thief was released by Random House and Knopf in 1998 and spawned a Nancy Drew-esque mystery series of 17 sequels. I fondly remember reading various entries throughout my childhood and being fascinated by Keyes' hometown of Santa Martina—a loosely fictionalized version of my own hometown, Santa Maria.

Van Draanen's other works include the teen romance novel, Flipped, which was released in 2001 and adapted as a feature-length film nine years later from acclaimed director Rob Reiner (This is Spinal Tap, The Princess Bride). After writing more than 30 young-adult fiction novels, Van Draanen released her first nonfiction venture, Hope in the Mail: Reflections on Writing and Life, on Jan. 14.

The best-selling author sat down with New Times to discuss the new book and reflect on her long career.

New Times: I read on your website that you first started writing fiction as a form of therapy, a way to sort out your troubles during difficult times. Which story were you working on when you discovered how alleviating writing could be?

Van Draanen: It was a short story titled "United We Stand," and it began as nonfiction, but soon veered off into fiction. It was enormously satisfying to deviate from real-life events, beat up the bad guys, and create my own happy ending. Reading it now, I see how awful the writing was, but it was great therapy for me, and catapulted me into writing novels.

NT: And now, 30 novels later, you've released your first nonfiction book, Hope in the Mail: Reflections on Writing and Life, which you've described as part memoir, part craft guide, and part publishing insight. What period of your life does the memoir section depict?

Van Draanen: The majority of the book focuses on the 10 years between starting my first novel and finally landing a publisher. There are stories from my childhood, but only in relation to how they shaped me as a writer or inspired one of my novels. The goal with this book is to encourage others to pursue their dreams. It's not an autobiography.

NT: While you were pursuing your own dream of becoming a published author, how were you able to balance writing novels with your full-time teaching job at the time and other everyday responsibilities?

Van Draanen: I think the key was carving out time in each day to at least touch base with my project. For me that meant getting up at 5 a.m. to write for an hour before my real day kicked in. That early hour with my story served to refresh it in my mind and allowed my subconscious to stew on it in the background while I attended to work and family. If you let your project slip away—if you don't make time for it—it will never get done. If you write even a page a day—not the best scenario, but let's just say you put down a page a day—at the end of the year you'll have a novel. 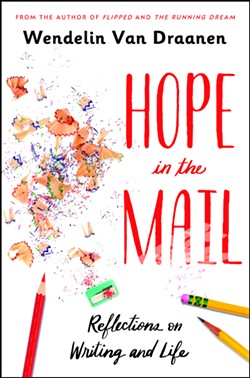 NT: What was the most challenging roadblock you faced while submitting your first four Sammy Keyes novels to various agents and publishers?

Van Draanen: I think the biggest challenge in any creative pursuit is to not give up. Art is subjective, and not everyone is going to get your vision. In publishing, you have to find the right person at the right time—and even in the right mood. That can take a while! And in your search, you'll likely receive a lot of rejections, which can become hugely discouraging. At some point, it will become more attractive to quit than to face another rejection.

NT: What was your first reaction when you found out you had finally landed a publisher after 10 years of persistent submissions?

Van Draanen: I remember feeling relief, mostly. Relief, then joy mixed with a good dose of disbelief that this had actually happened.

NT: Who were the first people you broke the big news to?

Van Draanen: I was scheduled to give an assembly at St. Joseph High School where I worked as a teacher, so the news broke first to the student body as part of the "dream big, work hard, don't give up" theme of my speech. Δ

Calendar Editor Caleb Wiseblood could use some hope in the mail. Fill his inbox at cwiseblood@newtimesslo.com.