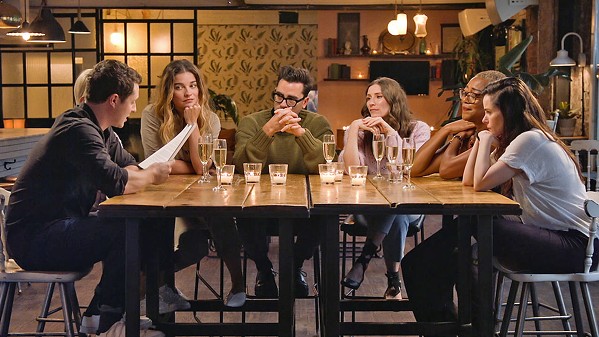 Unless you've been living under a rock, there is no doubt that the Canadian series Schitt's Creek has made it onto your radar one way or another. The brainchild of Daniel Levy, this series is a testament to comedy without cruelty and the ability to make a world where the realities of homophobia and hate do not exist.

This 44-minute Netflix special looks at the last season of the show, from table reads to final filming, and interviews those closest to the project. From huge gets like Eugene Levy and Catherine O'Hara to auditioning hundreds of actresses for the part of Alexis and finally finding the perfect fit with Annie Murphy, the attention put into every aspect shines through.

Detailing not just the casting process but the decision to end the show even while it was on a meteoric rise, the intense importance of costuming and character development, this love story to Schitt's Creek is just the medicine those of us still mourning the series' end needed. The cast and creators were humble and incredibly invested in making great characters and stories, and everyone feels overwhelmingly lucky for their involvement in the show. I will hand out a warning here: Be prepared to bawl your eyes out—this one hits fans right in the feels. (44 min.) Δ