Between Cubensis, The Molly Ringwald Project, and Flannel 101, you can hear music from the '60s through '90s this week

The upcoming show I'm most excited about is Numbskull and Good Medicine's Charley Crockett concert next Friday, July 9, at BarrelHouse Brewing (doors at 6 p.m.; all ages; $25 to $30 at eventbrite.com), but unfortunately for non-ticket-holders, this one's already sold out. Crockett is hotter than a pistol right now, and he's got a great opening act in Jenny Don't and the Spurs. That's a whole lotta hipster country! Visit goodmedicinepresents.com to make sure you don't miss out on any other upcoming shows. 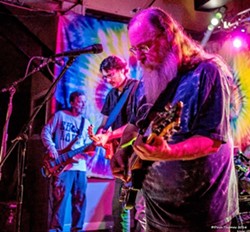 Even if you missed your chance at Crockett, never fear, music lovers, because this Fourth of July weekend there's a march through the rock eras for you. Let's start with Cubensis, the Grateful Dead tribute band playing Saturday, July 3, at SLO Brew Rock (6:30 p.m.; $10 presale at ticketweb.com or $12 the day of show; standing room only). The real Dead formed in 1965 in Palo Alto, but according to the Cubensis bio, the tribute band formed in 1987 in SoCal "when a group of Deadhead musicians became frustrated with the Dead's all-too-infrequent visits to Southern California."

They don't exactly consider themselves a Grateful Dead cover band. Instead, they use "the Dead's music as a skeletal framework for their own improvisational explorations. To this day, you would have a difficult time calling Cubensis a 'Dead Cover Band' without admitting they have tapped into the same inspirational wellspring as the Masters themselves." 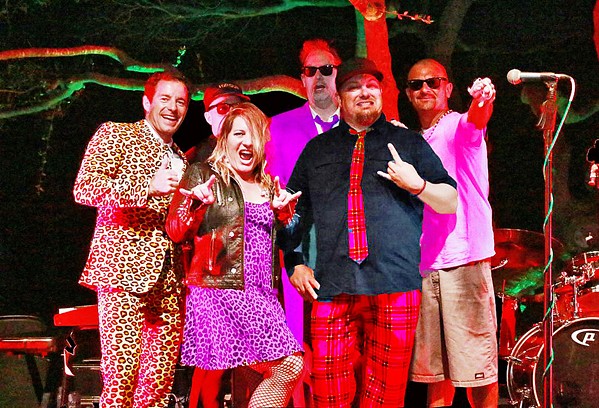 The Molly Ringwald Project formed in 2012 to celebrate their love of all things '80s era, including the fashion, the hair, and, of course, the music.

"The formula is based on the fact that '80s music appeals to fans from 18 to 70, and the faces in each of their crowds show it," said the band in press materials. "TMRP focuses on playing fun, danceable songs that everyone will dance and sing along to, while delivering one of the highest energy shows around. When you get the chance to come see a show, don't miss out; the band, the songs, and the rad vibe will take the worst mood ever and transform it into smiling and singing and looking forward to more."

Eighties outfits are highly recommended! But hey, wait a minute, you're more of a '90s grunge fan, eh? No worries, because The Siren has Flannel 101: The Ultimate '90s Party Band playing this Friday, July 2 (8 to 11:30 p.m.; 21-and-older; $10 presale at eventbrite.com or $12 day of show). This one's brought to you by the folks behind The Molly Ringwald Project.

According to the band, they provide "an authentic '90s experience of high-energy rockin' tunes that make everyone wanna dance! Re-live the '90s!"

The phat, chunking sounds of Brass Mash return to Liquid Gravity this Friday, July 2 (6:30 p.m.; free). The group of horn and percussion players mash up pop tunes in deftly arranged new configurations thanks to band leader and trombonist Colin Dean. If you ever wondered what happens to gifted players after high school band, look no further than Brass Mash, who have promised to unveil some new mash-ups!

The Easton Everett Trio plays Rava Wines on Saturday, July 3 (1 to 4 p.m.), and frontman Everett couldn't be happier: "Pretty exciting to see social life emerge along with live music to fuel that spirit between us all. I have reunited with my fellow musicians and reassembled two groups to play my original music. I'll be playing with the Easton Everett Trio in a neo-folk pop acoustic format. And I'll also be performing contemporary jazz music with my band, Flavor Packet" (at Rava on July 9).

If you're looking for some foot stompin' original country that's deep-fried and beer-soaked, not to mention a few carefully selected covers, head to Cass Winery to hear the Mother Corn Shuckers play on Sunday, July 4 (2 to 7 p.m.; $10 includes a glass of wine; kids free; the band starts at 4 p.m.).

Also on Sunday, July 4, The Siren hosts London Dave and the Fog (8 to 11 p.m.; 21-and-older; free). "Growing up in the South London music scene of the 1960s, I played the same venues as local favorites such as the Rolling Stones, The Who, The Yardbirds, and The Kinks," London Dave said in press materials. "Perhaps there was something in the water that produced so many great guitarists in such a small area. Jeff Beck lived just a mile away; Jimmy Page, Peter Frampton, and Eric Clapton all grew up within 20 miles, as did David Bowie and later on Billy Idol. In 1972, I signed a record deal with Decca records UK label and with London Records in New York. My first 45 single was titled 'Inside a Hole,' which incidentally is being re-released this July on a Cherry Red Records compilation boxed set entitled Separate Paths Together." 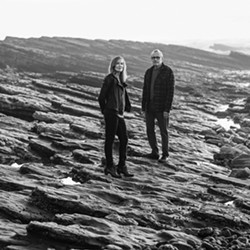 If I'm counting correctly, this month marks the fifth new single released by local folk duo Bob and Wendy. Back in March, the husband-and-wife team began releasing a new single every month with the goal of eight total, which would then be released as an album.

These are beautiful original songs penned by Wendy Liepman (voice and guitar) who along with Bob Leipman (cello) and other side players recorded them at Damon Castillo's Laurel Lane studios. The sound and musicianship is top notch!

This month's song, "Let It Be, Let It In, Let It Go," is about making a choice about how you let things affect you.

"These times are strange there are things we can't change/ So much is beyond our control/ It's clear to me that our choices are three/ Let it be Let it in Let it go// My own backyard there is work to be done/ Plant the seeds pull the weeds lay the stones/ Some things need tending some they need mending/ Some better leave it alone."

The melody is lovely, and Wendy's voice soars.

"The last year has been so strange, so much beyond our control," Wendy said. "How do we reckon with so much uncertainty?"

If you're Bob and Wendy, you do it through song. Hear the new song at bobandwendy.hearnow.com/let-it-be-let-it-in-let-it-go. Δ