Beware the assault on Internet freedom 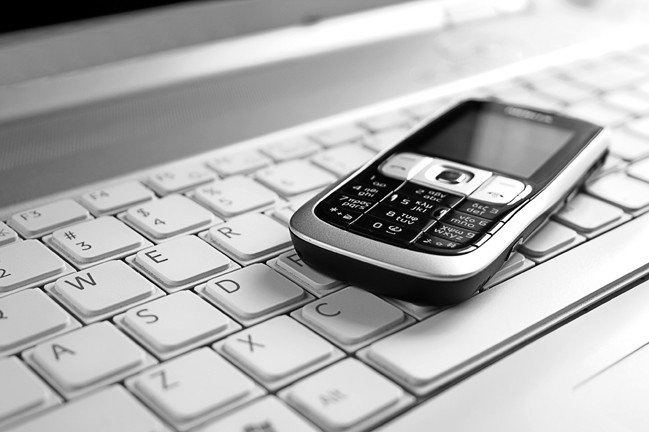 "Net neutrality” has gained momentum among Internet users but has failed so far to attract much attention from lawmakers. Big players Google and Verizon recently jumped in together to seize control of the issue. For them, profits are at stake. For individual citizens, freedom is at stake.

Net neutrality simply means all Internet users should have equal access to all types of information online. This principle squares with the principles embodied in the Declaration of Independence and the Bill of Rights. Though the Internet could not have been anticipated by our founders, free exchange of information was central to them and the raison d’être of our nation. One needs to look no further than the rights of free speech and freedom of the press.

Google and Verizon have devised a plan that will benefit their companies. The plan, directed to the Federal Communications Commission, would expand the power of Internet service providers to manage user access to content. Orwellian phrasing makes it seem the proposal benefits end users—but in fact it would reduce Internet freedoms.

The fundamental problem is the Google-Verizon plan supports neutrality principles for wired access—existing cable, DSL and dial-up—but excludes wireless and cell-phone network access from protection. Of course, both Google and Verizon well know the future of Internet access is wireless and cell-based. It’s like granting freedom of speech but then excluding online communication from the protection.

Restricting Internet freedom not only harms end users in their access, it also stifles innovation, one of the hallmarks of the Internet. Even Google’s CEO said, “The next two people in a garage really do need an open Internet.” So why are Google and Verizon sponsoring a plan that protects yesterday’s freedom at the expense of tomorrow’s liberty?

Capitalism has also been a central part of our country from its beginnings. Profit from successful competition is the fundamental premise of our economy. But capitalism requires true competition, meaning market access for enough competitors to yield the best price and quality for the consumer. When one or very few businesses assume too much market power, monopoly or oligopoly corrupts capitalism and the consumer loses to the power of a few big organizations.

One role of government is to prevent or limit those whose market share is so great their power is unrestrained by competition from others. We have seen a concentration of power in several sectors in our economy. Now Google and Verizon together seek an expansion of their market dominance. Our government should not allow that to happen.

If the Google-Verizon plan is adopted, Internet service providers (like Verizon) will be empowered to use their own discretion to prioritize rights among their users. They may not be able to engage in “undue discrimination against any lawful Internet content,” but what is “undue” discrimination? Why should a service provider determine whether content is lawful? This grants providers discretionary power to censor content. We do not grant that power even to our government.

So this plan is not just an assault on Internet freedom. It is fundamentally a blow to freedom of speech itself. While paying lip service to “consumer protections,” the plan inhibits free communication by giving large private companies the power to control content. The so-called consumer protections say the providers (again wired service only) cannot prevent “lawful” content, “lawful applications,” and access by “legal devices.” Of course, the providers will decide what is lawful. One cannot help but wonder if lawful thought will be in the next revision of the plan.

Perhaps some users will fight (if they have the time, the money and access to lawyers), but we all know most will not. With private bureaucracies having discretion to decide what is lawful and what isn’t, we may all find ourselves in a 1984 where Big Brother is not the government, but a giant private organization.

Companies can wield great power in Washington through lobbying and campaign contributions by their political action committees (PACs). Google NetPAC has contributed $212,500 so far this campaign season. Verizon’s two PACs have contributed more than $1.5 million to campaigns so far.

When large companies try to influence policy, end users need to join hands and make lots of noise to have a chance of being heard. How can the ordinary person hope to fight the influence of the Google-Verizon team? You can exercise your rights of free speech, to assemble and to petition the government—and you can vote.

John Hager is a Santa Barbara attorney and an independent candidate for the United States Congress for the 23rd District of California. Send comments via the editor at econnolly@newtimesslo.com.