Violent assaults have been uncharacteristically numerous and no one has answers 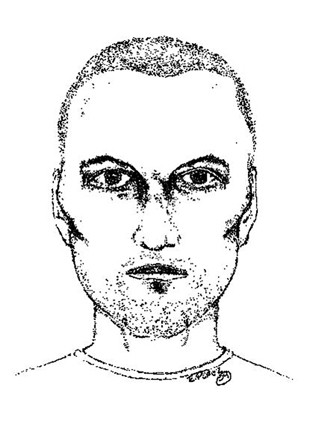 No one can say why someone on the Higuera Street sidewalk suddenly punched a 15-year-old girl in the face and broke her jaw, aside from the person who did it. And it’s anyone’s guess why someone assaulted a 21-year-old and left him unconscious in Bubblegum Alley. Really, all that can be said for sure is the rate of assaults in SLO spiked recently, with shocking, random violence uncharacteristic of the town.

Ask SLO Police Department Capt. Ian Parkinson why there were so many assaults and he’ll have no better explanation than anyone else.

“Everyone kind of feels the same,” Parkinson told New Times. “They saw the spike and there’s no explanation.”

Simply by the numbers, the recent assaults aren’t startling. Such statistics are never really big here because the city simply isn’t seething with violent attacks. Of 459 cities in California, SLO ranked 250 for the number of aggravated assaults in 2008—there were 66—compared to the worst city, Los Angeles, which had 11,798, according to the Federal Bureau of Investigation.

But between June and October of this year, such crimes occurred with unsettling regularity. There were occasionally two or three aggravated assaults per month before that and often none at all. Between July and October, however, there were at least three assaults every month that required treatment for injuries, and in September there were five, according to the SLO PD. Through Oct. 28 this year there were 23 recorded aggravated assaults; during the same period in 2007 there were 19; and in 2008 during the same period, there were only 15. According to a new countywide crime map system, 46 assaults were reported in the city between Sept. 1 and Nov. 20. Parkinson said that this October there were about twice as many assaults as in October 2007 and 2008.

“It just seems to be—in the last couple of months—it’s just been busier and busier,” Parkinson said.

Of course, there are always fluctuations in crime. Was this spate an anomaly or something more sinister? So far in November there had been just one reported assault as of this printing, and it seems that the spike has spiked.

“But I think it’s really unusual to see a pattern ... to have a pattern that we did,” Parkinson said.

Statistics probably don’t matter much to the teenaged girl who was punched, shattering her jaw, as she walked in downtown SLO with her mother, Wendy Hinsdale, on Oct. 3. Hinsdale declined a formal interview with her daughter when contacted by New Times, saying that she had been through enough already.

“I’m trying to focus on healing my daughter,” Hinsdale said over the phone. “She’s in a fragile state right now.”

And the man who viciously attacked her daughter is on the loose.

“I have no hope of them ever catching this crazy guy,” she said.

In another brutal case, 21-year-old Nathan Moore was assaulted and left unconscious in Bubblegum Alley. His assailant hasn’t been caught, either. Moore couldn’t be reached for comment.

Like Parkinson, Chief Deputy District Attorney Jerret Gran couldn’t say for certain why the rate of assaults spiked. His best guess? It’s just like any other crime pattern: “It’s kind of weird,” he said. “I think things do go in cycles.”

Though there certainly seemed ample reason for concern, the violent incidents barely caused an eyelash to flutter among city officials.

“I’m not aware of it,” Mayor Dave Romero said. “It just hasn’t come before the council.” He noted other problems the council had addressed, including noise complaints and parking problems downtown, but said assaults were best dealt with exclusively by law enforcement.

Deborah Cash, executive director of the Downtown Association, said the string of violence was discussed briefly at the last board meeting.

“I just simply informed the board that our private security had—on their daily logs—had indicated some transient activity but nothing that had related to any of the incidences that were reported, the assaults or anything like that,” Cash said. “I think downtown’s like any other urban area, that they’re going to have times where you have more activity than others. But fortunately we don’t really have much activity.”

Asked about patterns of violence in general, not just in SLO, Cal Poly sociology professor Christopher Bickel was adamant about what he sees as a growing pattern of violence as a way to express masculinity.

“A male hitting a 15-year-old, that’s not just random, that’ s an act of power,” Bickel said. “You know there’s a reason that man didn’t go hit somebody his own size.”

As for Moore, who was assaulted just as bars were letting out, Bickel said that’s a time rife with young, drunk men looking to assert themselves violently, too.

“For me, it’s a theme throughout most of crime is this hyper masculinity,” Bickel said. He went on, “One of the things I think it does do is it draws attention to something where I think there’s a lot of violence against women, which is sometimes ignored.”

And with patterns of violence in SLO, he said, “There are those blips that happen that are very difficult to explain.”