I gotta hand it to Downtown Brew. They keep swinging for the fences, even though they sometimes come up short. When a club takes risks and loses money, but keeps taking risks, that’s pretty cool and certainly helpful for the music scene, which over the years has seen good clubs torn asunder by our tough market.

Worse still, I’ve discovered I’m horrible at predicting which shows will roll. Take last week. I thought the Ben Taylor/Schuyler Fisk show would be packed. Not so! While the concert was amazing, even though Schuyler didn’t make it because she was in the hospital for an appendix problem, the crowd was half what I thought it’d be. On the other hand, the Joshua Radin/Meiko show was packed to the gills. By the way, Meiko should have headlined that show. Not only was she way better than Radin, she also wasn’t a giant, throbbing asshole like he was.

Allow me to elaborate. With about 350 people packing the club, a few toward the back found themselves more interested in their conversation than Radin’s set. First he tried telling them to shut up, but when they wouldn’t, he proceeded to turn off his mic and amp and sing and play acoustically to the people right in front of the stage. He thought he was punishing those noisy conversationalists in the back, but in fact he was punishing all the ticket-paying fans who found themselves out of earshot of his egotistical antics. News flash, Radin: You were at a nightclub, not playing Carnegie Hall, you dick! People talk; get over it!

This week Downtown Brew has three sweet shows lined up, and unlike last week’s semi-high-digit shows, two of these are downright cheap and the other is very affordable. So bust out those piggybanks! 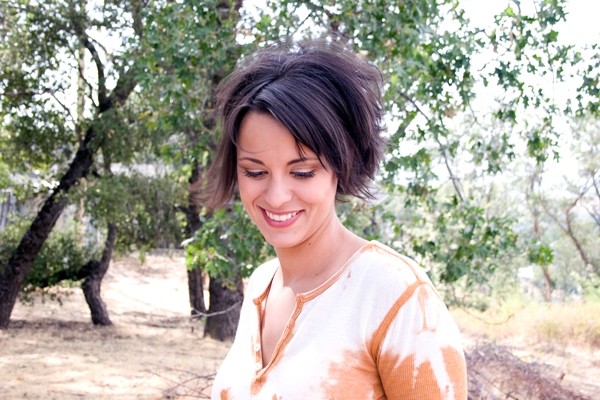 As a 12-year-old, gorgeous Ashley Matte locked herself in her room and taught herself guitar. Two weeks later she entered a local talent concert, the Jimmy Dean Showdown, winning first place and embarking on a music career that’s still going strong. Citing Sarah McLachlan, Bonnie Raitt, and Fleetwood Mac as influences, she’s developed into a terrific singer-songwriter with a lovely lilting voice. Ashley Matte plays Thursday, Feb. 26 at Downtown Brew. Each Passing Day will open the 8 p.m., 21-and-older show, which will set you back a mere $5 presale, or $7 at the door. 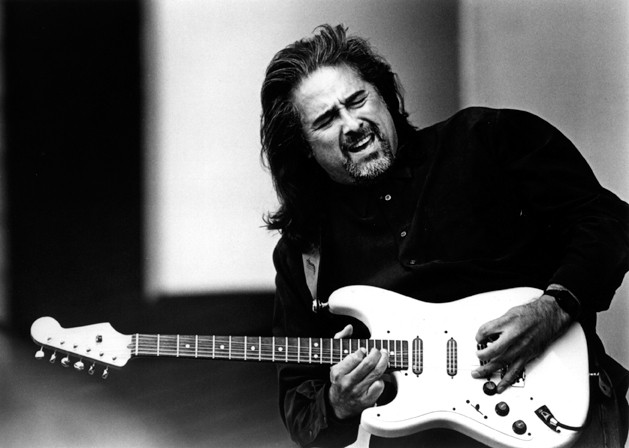 The “really big shoe” this week is bluesman Coco Montoya. The former drummer was raised on rock’n’roll, but he became a killer blues guitarist in the ’90s after stints with blues legends Albert Collins and John Mayall. Guitar hero Coco Montoya plays Downtown Brew on Sunday, March 1 during a 6:30 p.m., 21-and-older show. Tickets are $13 presale or $15 at the door. 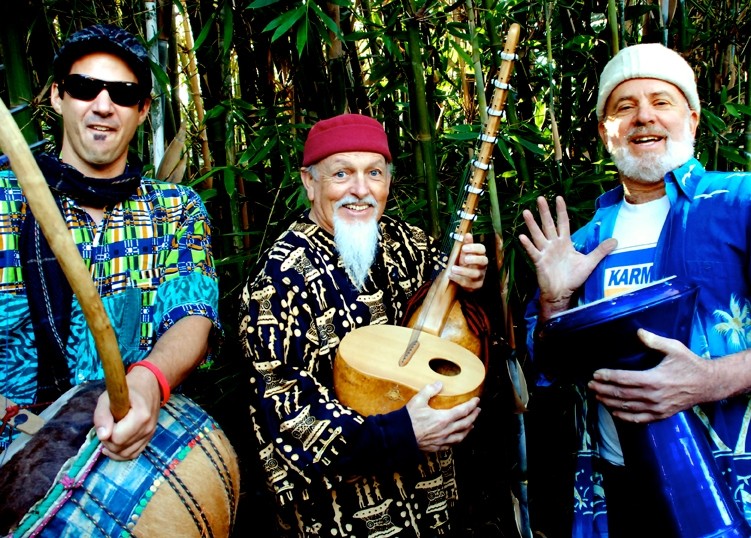 How many Tims does  it take to screw in a lightbulb?

I have no idea, but it takes three to become The Timmees, an Afro-eclectic trio starring Tim Stein, Tim Costa, and Timo Beckwith. This Friday, Feb. 27, at 8 p.m. in the Steynberg Gallery, you can see this brand new trio for $10.

Though this incarnation is new, these performers aren’t newcomers to the local scene. They’ve been tremendously influential in bringing world music to our community for more than 30 years.

“We’re calling this an evening of Afro-eclectic music, but of all the world music influences we collectively share, I think the most powerful and inspiring music for each of us has come from Africa,” explained Beckwith, who’s best known as a founding member of both Human-Human and Calinambe.

Stein, another longtime Central Coast performer, has played in Prima Bwana, sharing the stage with such acts as the Malo Poets from Soweto, South Africa, and Zulu Spear from San Francisco. He’s done music for the Dances of Universal Peace and has been producing the Earth Tribe Gathering in Big Sur for 20 years. He’s also a collector of world percussion instruments.

Costa has currently been touring with the Wailers. He’s attracted to the spirituality of a particular style of music, and for the last two years he was touring with Pato Banton before joining the Wailers. Before leaving his home on the Central Coast to tour, he started and directed the Higher Movement Drum and Dance Ensemble as well as playing with various local bands.

“I’m very happy to be home for a couple of weeks and play some music with the Tims,” said Costa.

Don’t miss this chance to see these three remarkable musicians! Dance your butts off or just sit back and trance out to the exotic world grooves of the Timmees.

You still might be able to score tickets for Emerson Drive, which plays this Thursday, Feb. 26, at 7:30 p.m. at the Ranch in San Miguel. Marty Renee and the Regulators will open the 18-and-older show. Get tickets through all Central Coast VALLITIX locations including Boo Boo’s, the Mustang Ticket Office, and the Mid-State Fair Box Office. Charge by phone at (888) 825-5484. Order online at vallitix.com.

MMFM plays on Friday, Feb. 27 at the Frog and Peach (or Mother’s, if Frog’s retrofit isn’t done yet). Hailing from Vallejo, the band’s a little bit reggae, a little bit ska, and a lot more punk. 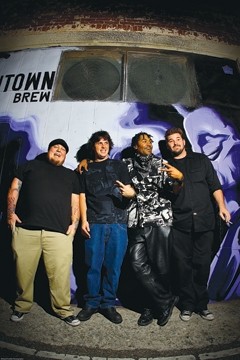 Fighting Chance wrote to tell me, “We have a new album coming out in March, and we’re playing some shows on the Central Coast before we embark on our CD release tour through California, Arizona, New Mexico, and Colorado.” See them Friday, Feb 27 at Sweet Springs Saloon at 9 p.m. with Wasted Noise of Monterey; Saturday, Feb 28 at Mr. Rick’s at 9 p.m.; or Friday, March 13 at Mongo’s Saloon for their official album release party at 9 p.m.

The Red Barn Community Music Series has underground blues legend Steve James coming to Los Osos’ St. Benedict’s Church this Saturday, Feb. 28 (7 p.m.; $10 at the door; 6 p.m. potluck). James is well known among devotees of contemporary acoustic folk and blues, and his fame is based on numerous critically acclaimed recordings and an ability to switch easily between guitar, slide guitar, mandolin, and guitar-banjo. He’s appeared on “A Prairie Home Companion” and his original songs have been variously covered by artists from new-folk phenom Ana Egge to folk/blues godfather Dave Van Ronk.

The Seamus Conroy Band is having a CD release party for Joy Be With You All, recorded live at Painted Sky Studio last November. It’s a collection of Celtic ballads and dance tunes that the band has been playing for the last three years as the house band at the Crooked Kilt Irish Pub. See the band at SLO Methodist Church on Saturday, Feb. 28 (7:30 p.m.; $15 at the door).

Cal Poly Choirs will “Celebrate the Masters” during a Saturday, Feb. 28 concert in Harman Hall of the Performing Arts Center’s Christopher Cohan Center, where the choirs will present important works by the three of history’s great composers: Felix Mendelssohn, Franz Joseph Haydn, and George Frederick Handel. In addition, attendees will hear the world premiere of a work by Cal Poly Professor Craig Russell titled “Wings of Bliss,” based on a poem by Los Osos resident Mark Lloyd Richardson. Tickets are $8 to $ $15. Call 756-2787.

Denver-based roots duo Gabrielle Louise and David Rynhart plays Matt’s Music Stage & School on Saturday, Feb. 28 ($15; 237-0054). Both multi-instrumentalists and songwriters, Louise and Rynhart “toggle between genres and instruments to craft an eclectic show, rich with vocal harmonies, ranging from smoky jazz to old-time folk. The storytellers perform their songs on two guitars, a mandolin, a traditional Irish flute, a peppy ukulele, and one sultry piano.”

Larisa Stow & Shakti Tribe return to SLO on Saturday, Feb. 28 and Sunday, March 1 when they play the Circle of Spiritual Enlightenment in the SLO Adult School, Room J-2, 1500 Lizzie St. Call 541-1963 for info. On Saturday at 7 p.m. ($20 presale; $25 at the door), the band will play its dynamic blend of East meets West music, which mixes kirtan (devotional call-and-response), mantra, and uplifting songs delivered with a pop rock groove and sensuality. On Sunday the band will add their music to Rev. Laura Grace’s inspirational service and follow up with an afternoon “playshop” ($35 presale; $40 at the door)—so titled by Larisa since she says, “Our workshops aren’t ‘work,’ they’re fun!”— from 1 to 4 p.m. Larisa and company are committed to expressing the joy in the Oneness that we all share. A $5 discount will be given to all those who attend both the concert and playshop. All tickets can be purchased by ordering online at spiritualcircle.org or by calling 541-1963. FYI: Larisa & Shatki Tribe will also play a peace concert for 250 men at the Men’s Colony prison on March 2.

On Sunday, March 1, trombonist Andy Martin is the next attraction at the Famous Jazz Artist Series at the Hamlet in Cambria. Martin, winner of numerous jazz magazine polls, is recognized by many critics as the nation’s leading jazz trombonist. Local jazz stars stars Dylan Johnson (bass) and Darrell Voss (drums), as well as series co-producers Charlie and Sandi Shoemake ( piano/vibraphone and vocals), will also appear. There’s a 4 p.m. show for $15, a 7:15 p.m. show for $12, or see both for $20. Reservations are recommended: 927-0567.

The Gonzalo Bergara Quartet will play its fiery brand of Latin guitar instrumentals on Wednesday, March 4, at the Clark Center for the Performing Arts. If you like the Gypsy Kings, you’ll want to catch this show, which begins at 7:30 p.m. in the intimate Studio Theatre of the Clark Center. Tickets are $15 general, $12 students and seniors, available online at brownpapertickets.com/event/54803.

Glen Starkey is looking for a meaningful overnight relationship. Contact him at gstarkey@newtimesslo.com.