Before the first episode even aired, expectations for the first season of Better Call Saul, a spinoff of AMC’s smash-hit Breaking Bad, were staggeringly high.

That’s no surprise really: The dark and tragic saga of mild-mannered chemistry teacher-turned murderous drug kingpin Walter White was a television phenomenon, snatching up awards and cementing the term “binge-watch” into our collective vocabulary.

Those are huge shoes to fill. Better Call Saul has the unenviable task of living up to Breaking Bad’s legacy, while also setting itself far enough apart from its progenitor to be interesting and worth watching. 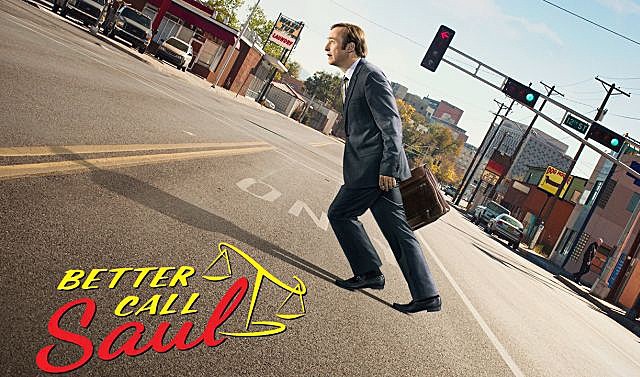 The show, at least the first season, is set prior to the events of Breaking Bad and explore the genesis of White’s fast-talking, ethically flexible lawyer Saul Goodman, played pitch-perfectly by actor and comedian Bob Odenkirk. Better Call Saul follows the trials of Saul, real name Jimmy McGill, a con-man turned attorney caught between his natural talent for hoodwinking others to get ahead and trying earn his success as a lawyer by walking the straight-and-narrow ethical path. In addition to Saul/McGill’s story, the first season also delves into some back stories of other Breaking Bad characters, mainly the gruff ex-cop Mike (Jonathan Banks) and to a lesser extent crazed drug dealer Tuco Salamanca (Raymond Cruz).

If nothing else, Better Call Saul is worthy of acknowledgement simply for providing the chance for Odenkirk, who’s been a cult favorite since his days in the alt-comedy sketch show Mr. Show, a mainstream starring vehicle. Odenkirk’s acting chops took what could have been a one-dimensional “sleazy lawyer” character and humanized it in a way that keeps you empathizing with Saul/McGill, and hoping things will go his way.

But as good as Odenkirk and the show are, they will forever be judged against the juggernaut that was Breaking Bad. And it’s there where Better Call Saul can fall short. For all its intense characterization, Breaking Bad’s danger, violence, and action kept you on the edge of your seat waiting to see what would happen next. The show’s volatility and the question of just what would ultimately become of Walter White made it nearly impossible to stop watching. Better Call Saul is much less suspenseful and far more focused on the characters. It also doesn’t help that the ultimate trajectory of Saul Goodman’s story is a known quantity. While Walter White’s fate was cause for endless speculation up until the final episode, we know were Saul ends up. We’ve already seen it. We know how it all ends, and that takes a lot of the dramatic tension out of the show.

In the end, Breaking Bad was about the destination, but Better Call Saul is about the journey. Because of that, it’s the acting and performances that have to do most the heavy lifting to keep viewers watching. Odenkirk has shouldered the responsibility well, but he will have to continue through future seasons for Better Call Saul to truly come into its own.