Where? Streaming on Netflix.

There are two things that stayed with me after I wrapped up watching two seasons of Chef’s Table: inspiration and a need to feed.

Each episode of the Netflix original series Chef’s Table profiles one famous chef (although, not to me, because I’m not enough of a food nerd, I guess—or maybe I just don’t have the money I need to step foot in their restaurants), taking us through the painstakingly beautiful plates they serve, the inspiration behind their passions, the traditional culinary rules they break, and the tribulations that led them to chef the way they do.

And however untouchable that level of food may be to someone like me, the series made it easy to relate to each chef it profiled.

Show creator David Gelb (Jiro Dreams of Sushi) ensures that Chef’s Table is not just about food, although it all looked extremely edible. It’s about being human. Season one starts in Italy with Massimo Bottura and his restaurant Osteria Francescana in Modena, Italy. Until the right food critic found it, locals ostracized Bottura’s restaurant because it served untraditional food.

We then travel to New York City and hang with Dan Barber, largely credited with starting the food-conscious farm-to-table movement with the Blue Hills Restaurant; Buenos Aires to cook meat in the wild over open flames with Francis Mallmann; Los Angeles to feel what it means to be a woman in a male-dominated industry with Niki Nakayama; Melbourne, Australia, where Ben Shewry cooks with local ingredients like kangaroo; and the middle-of-nowhere Sweden with Magnus Nilsson, who uses the severity of the seasons to guide his plates. 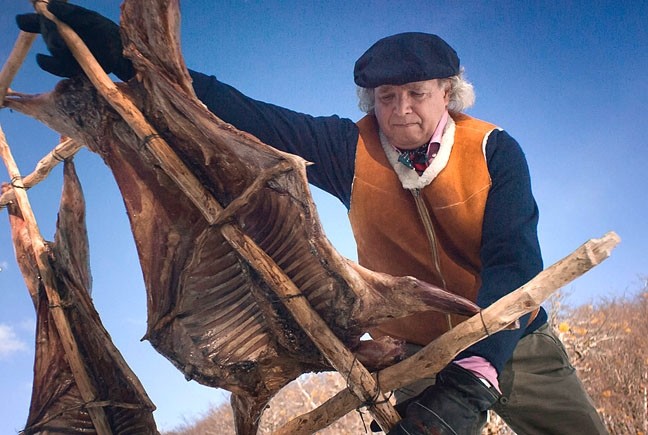 In season two, we travel to Brazil, Mexico, Slovenia, and Thailand. We watch chefs almost give up, only to become remarkably successful as they toe the edge of disappearing completely.

Each chef has their own unique story, but in the end, the message is the same. Philosophy, past, and discovery are what makes them great. An ability to trust instinct, overcome obstacles, and do what they love is what makes each chef successful. And the drool-worthy food shots help tremendously.

I think you have to binge-watch them to get the feeling I had after finishing my stay on the couch. And honestly, I’m ready to sit through more hunger pains with season three, which premiers on Sept. 2. Although, I’m a little disappointed it will be the “French installment,” as what’s been really great about Chef’s Table is the fact that France and French cooking hasn’t been its focus. But season four could redeem the show: Russia, South Korea, and Peru are on deck. I have to wait until 2017 for that one. (Two seasons, six 60-minute shows each.)