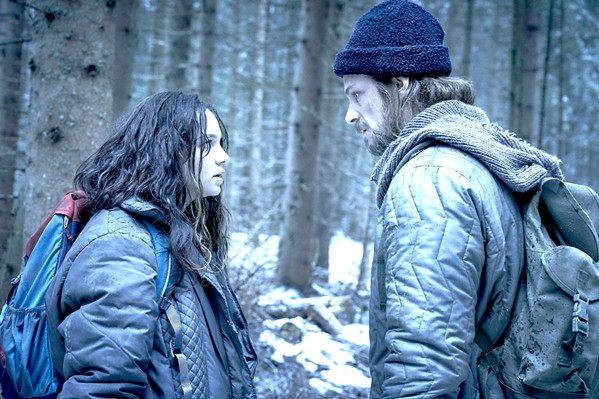 Based on the 2011 film of the same name, Hanna tells the coming-of-age story of a young woman (Esme Creed-Miles), who was part of a secret government super soldier experiment run by Marissa Wiegler (Mireille Enos). Taken from the program as an infant by Erik Heller (Joel Kinnaman), a rogue CIA operative who disagreed with the experiment, Hanna is raised in an isolated Polish forest where Erik, who she believes is her father, trains her as the ultimate assassin.

Now 15 years old, Hanna begins to stray farther from their forest redoubt and soon encounters the first person she's ever met aside from Erik. The chance meeting with a young logger quickly puts Wiegler on Hanna's scent. She's been searching for the girl for 15 years—the last living member of the disbanded program. What follows over eight episodes is Hanna and Erik's return to Europe, where Hanna hopes to kill Wiegler, and Erik tries to expose her unethical experiment.

If you've seen the film upon which this is based, a lot of the story will be familiar. The series creator and co-writer, David Farr, is the co-writer of the 2011 film along with Seth Lochhead, who shares co-writing credit on episode 1 of the TV series. Like in the film, after Hanna is captured, Wiegler sends a stand-in to question her; when Hanna escapes, she's given a ride by a vacationing family in an RV and befriends the rebellious daughter, Sophie (Rhianne Barreto), with whom she shares a first kiss.

The big difference between the film and TV series is the time the series has to develop the characters and side plots. For instance, we learn that the disbanded super soldier experiment has been reconstituted under Jerome Sawyer (Khalid Abdalla), who quickly assumes the chief antagonist mantle from Wiegler. The new program and its discovery by Hanna and Erik set up a second season of the series, which otherwise would have quickly run out of plot.

Hand-to-hand combat, gunfights, and some amazing stunts are speckled throughout the series, which is half sci-fi thriller and half coming-of-age drama as Hanna learns about her past and Erik's real relationship to her. The only missing element from the original film is Isaacs (Tom Hollander), the preppie whistling assassin sent by Wiegler to capture Hanna. He and his two skinhead henchmen were a lot of fun, and that touch of whimsy is missing here. Despite that loss, Hanna the TV series is still an easy-to-watch, action-packed drama with compelling leads. When the next season pops up, I'll definitely watch it. (Eight 60-min. episodes). Δ