In my humble opinion, Portlandia is one of the very best TV shows of this decade. 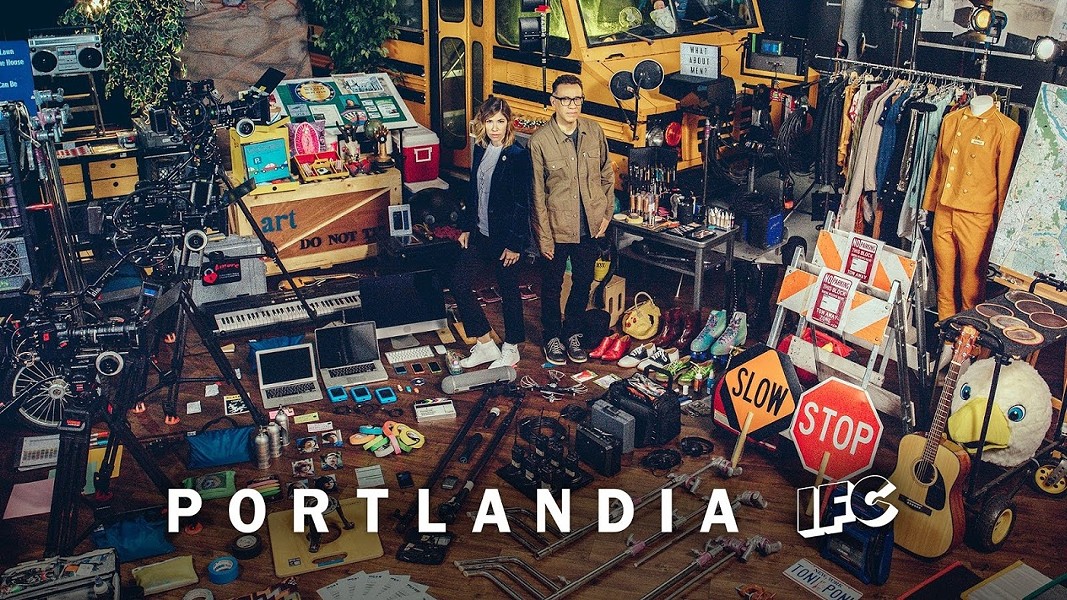 Stars Carrie Brownstein (a founding member of punk band Sleater-Kinney) and Fred Armisen (a former Saturday Night Live cast member) strike comedy gold splicing together hilarious vignettes as colorful characters living the Rip City life. Portlandia was completely novel and radical when it started, and over seven seasons, it's shrewdly satirized everything and anything post-modern, hipster, millennial, and, well, Portland.

The seventh season of the show, which was recently made available to stream on Netflix, is another excellent installment of the series. Brownstein and Armisen bring back many of the couples/characters we know and love from previous seasons, but the stories and themes have evolved with the changing times.

Our obsession with smartphones and tech plays a big role in the season. One fantastic episode ("Passenger Rating") centers on Carrie's insecurity about her low "passenger rating" on Uber compared to her friends. She's so desperate to be given a five-star rating that she spends the whole day with an ultra-conservative driver (Steve Buscemi), accompanying him to a gun shop and even buying a rifle—completely against her will.

Another great episode ("Portland Secedes") is a riff on the current immigration debate. Carrie, Fred, and the Portland Mayor (Kyle MacLachlan) decide that there are too many outsiders moving to Portland and the City Council should vote to secede from the U.S. A hilarious scene puts Fred and Carrie in a room with the U.S. President (portrayed by Kumail Nanjani of the film The Big Sick), and they complain about all of the secession paperwork he's requiring of them. "Freedom isn't about form; it's about reform!" Carrie yells.

In "Ants," Nina (a cross-dressing Armisen) and Lance (a cross-dressing Brownstein) have an ant infestation in their house and decide to hire a "humane exterminator" (Tim Heidecker), which means introducing one "alpha ant" to lure the insects away. He and Lance end up bro-ing out as they pretend to discover a variety of other structural problems the ants are creating in the house. All the testosterone culminates in a complete remodel of the house with dozens of construction guys coming over: "Your plumbing is compromised. I have a guy for that," Heidecker says over and over.

Like any multi-season TV show, Portlandia has been through its ups and downs over the years. It's great to see it ending on a high note. Season eight will be the last, according to IFC, the network Portlandia calls home, so we should enjoy it while it's fresh and still around! (10 episodes, 22 min each) Δ