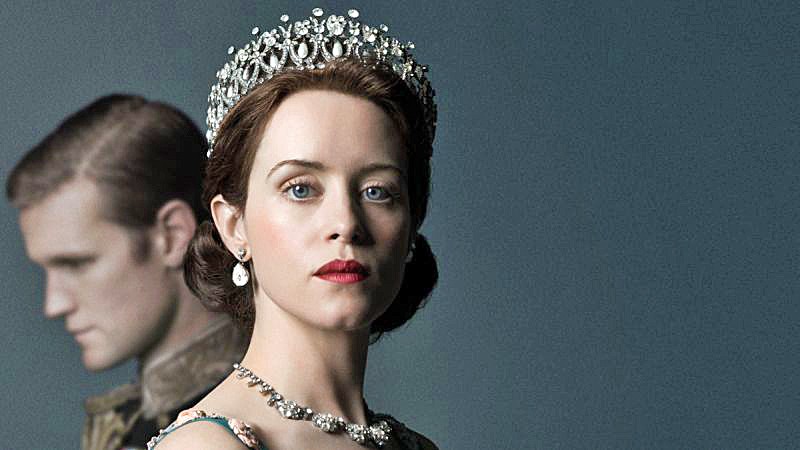 If the impending nuptials of Prince Harry and Megan Markle seem just too far away to beat, never fear, season two of Netflix's The Crown is here to give us our royal fix while we wait.

The historical drama picks up where the first season left off, in the late 1950s. There's a lot to tackle here, but themes that stick out this season include scandal, Buckingham Palace fighting the tide of change, colonialism, infidelity, and childhood trauma. Ah, royals. They're just like us.

Like many period pieces, The Crown can only go so far story wise, which makes it all the more interesting that a large part of this season chose to focus on the rumor that Philip, the Duke of Edinburgh, cheated on Queen Elizabeth II (Claire Foy). Because the rumors were never fully substantiated, the show can only heavily imply that maybe something was going on. A heartbreakingly confrontational scene in which Foy leaves behind the façade as queen to confront Philip as a wife still leaves it unclear whether Philip flirted with the line or flat out crossed it. At a minimum, you'll walk away with the impression that young Philip was something of a cad who should have been grateful that Elizabeth ever bothered with him despite his Nazi-ass family.

And in season one, while the royal children were merely pudgy props, this season they have actual limbs and lines. Prince Charles (Billy Jenkins) even gets a whole story line about his fraught relationship with his father, Philip. While real life Charles kind of sucks and didn't deserve Lady Diane at all, this season sheds some light on how he came to be the person he is today.

And who could forget the edgy, good time gal, Princess Margaret (Vanessa Kirby)? After her sister, the queen, refuses to let her marry the love of her life in season one since he was divorced, Margaret spends much of season two boozing and sassing it up. It's interesting to see the repeated theme of the royal family (and fine, society at large, too) treating divorce like a cancer, when in present day, Prince Harry's soon-to-be wife is divorced herself. Despite her serious "always a bridesmaid, never a bride" vibes and a failed almost engagement to an absolute twat, Margaret manages to find love with someone the palace inevitably digs up some dirt on, leaving Elizabeth once more in the unenviable position of deciding whether to compromise the image of the crown or break her sister's heart again.

While Foy and the rest of the cast have done an impeccable job of embodying real people (some of whom are still alive today), the nature of The Crown jumping decades every few seasons means that season three will have an entirely new cast, so that the characters we've come to love can age accordingly without massive amounts of makeup or CGI. The interwebs are abuzz with talk of Olivia Colman reportedly taking over as Queen Elizabeth II and Helena Bonham Carter as Princess Margaret. While filming has yet to begin, fans can look for the new season to drop sometime late this year (10, 60-minute episodes). Δ