Bingeable: The Good Place (Season One)

I'm late to the game with The Good Place, which started last year and just finished its second season. But if you're like me (as in, you're never not entertained by Ted Danson) and you've got Netflix, check out the first episode. You'll know whether or not the show is for you within the first five minutes (or at least I did). 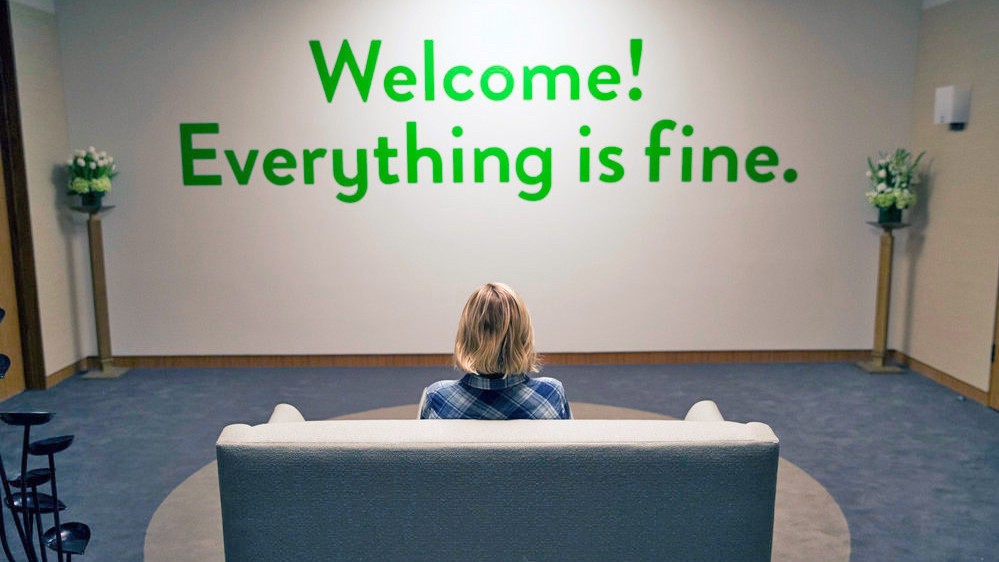 Kristen Bell plays Eleanor Shellstrop, who wakes up on a couch in a waiting room in the pilot's opening scene. "Welcome! Everything is fine," is written on the wall in front of her. A door opens and she's acquainted with Michael (Danson), who doesn't waste a second. Michael quickly introduces himself as one of the architects of "The Good Place"—a utopian netherworld that righteous humans inhabit after they die (as opposed to "The Bad Place," which is also explained).

It's not exactly heaven, nor is "The Bad Place" hell. After Michael tells Eleanor that she died in a freak accident (involving runaway shopping carts), she's surprisingly calm. Her first question is, "So who was right?" (In other words, which religion is correct about the afterlife?)

I thought Michael's answer to this was too much of a convenient cop-out at first ("every religion guessed about 5 percent of what it is actually like"), but it works perfectly for an ongoing joke that runs throughout the season (which I won't spoil). It's actually a pretty small joke, so I'm probably hyping that one up a bit too much.

But it's the small things that make The Good Place consistently entertaining from episode to episode. Although we never see "The Bad Place," the jokes surrounding it are the funniest of the show, in my opinion. One recurring character, Trevor (played by Adam Scott), is an ambassador of sorts from "The Bad Place" who visits "The Good Place" (for a reason I won't spoil). Trevor arrives with an entourage of "demons" and their antics make the ninth episode my favorite of the season.

The demons come off more like schoolyard bullies than fallen angels. Rather than impose the traditional tortures of the damned on their victims, they seem to restrict themselves to playing harmless, but hilariously juvenile, pranks. Sometimes the characters' reactions are funnier than the pranks themselves. In one scene, Michael walks into his office to find 20 or so boxes of pizza—all Hawaiian ("the worst pizza" he says with a sigh).

One of the show's executive producers is Drew Goddard, the co-writer and director of 2012's The Cabin in the Woods. Although the tone is quite different, The Good Place is comparable to Cabin in that they both blend fantasy and comedy without turning into flat-out parodies of themselves.

Also similar to Cabin, season one of The Good Place has a twist ending (oops!). It's a big cliffhanger and I can't wait to start season two. Unfortunately it's not available on Netflix yet, but I'm dying to watch it. Get it? Dying ... (13, 22-minute episodes) Δ