Bingeable: The Last Kingdom (Seasons One and Two) 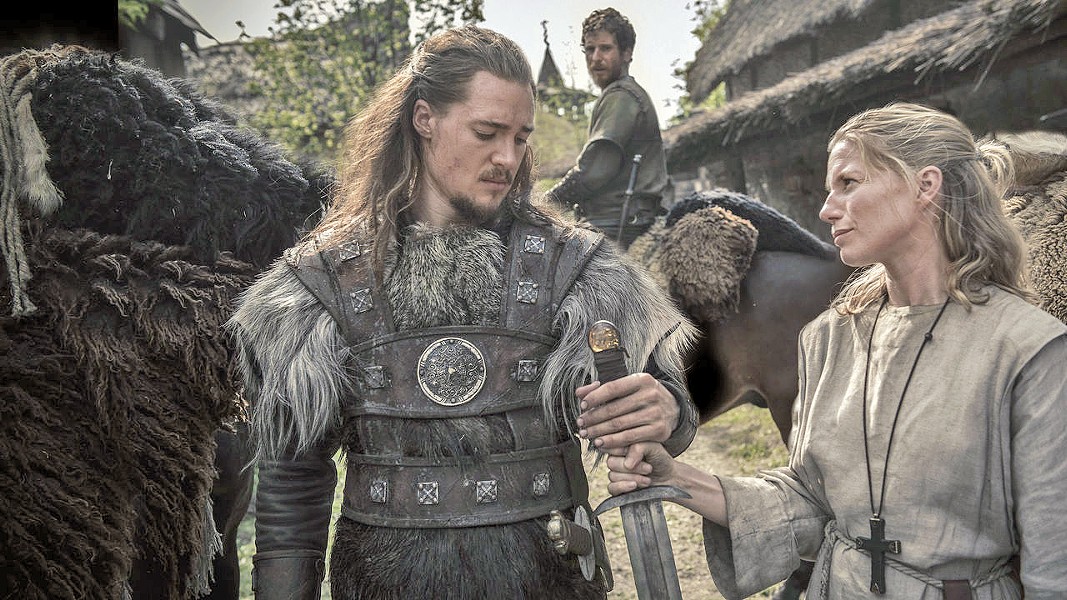 Netflix and BBC Two collaborated in the last few years to produce two seasons of The Last Kingdom, a historical fiction series based on the novels of Bernard Cornwell's The Saxon Stories, starring Alexander Dreymon as Uhtred of Bebbanburg, a Saxon prince whose father is killed before he and fellow Saxon Brida, played by Emily Cox, are taken by conquering Vikings Danes.

The opening episode is bloody and impressive, giving a sense of how easily English provinces fell to battle-hardened Vikings and the Machiavellian bloodline feuds that follow after a royal line is clipped. Uhtred's older brother and father (Matthew Macfadyen) are slain brutally by the invaders, but Uhtred's uncle, Aelfric (Joseph Millson), wants the boy dead so he can claim his brothers throne in cooperation with the Danes. Uhtred is taken, and raised as the son of the Viking king Earl Ragnar (Peter Gantzler), and calls sons of the king his brothers for years. Brida grows up alongside Uhtred, and the two kindle a youthful romance.

But then swords strike again, when fellow Vikings invade, killing Uhtred's adopted father and grandfather, Ravn, played with grizzled charm by a hirsute Rutger Hauer. Uhtred is split from his brothers, and he and Brida return back to Wessex, in hopes to reclaim his lost crown. And this all just in the first episode!

A fascinating treatment is given to the place of religion in this 9th century British isles action drama. Uhtred was raised as a child with medieval Christianity, but after the sack of Bebbanburg, was raised with the pagan gods of the Vikings, like Odin and Thor. His childhood mentor, the priest Odda the Elder (Simon Kunz) constantly invokes the "one Lord," Jesus Christ, but the adult Uhtred hangs on to his pagan upbringing. The utility that religion had in binding royal lines is fully fleshed out as well, with the women's place as bartering chips for alliances playing a major role.

Uhtred is also a sometimes funny, expasterating character. He walks into traps, sleeps around, and parties hard into the night. He also chops off heads, garners troops, and leads small armies to victory across the English countryside. Foils like Rida are depthful, keen witted, and carve a place in their ancient world.

I was surprised by the depth and exploration of ancient tribal life in this series. While there's lots of violence, it's not endlessly gratuitous. But really, what else would you expect from a show about blood oaths and Vikings? Δ