In the first eight-episode season, Detective Harry Ambrose (Bill Pullman) investigated why troubled young mother Cora Tannetti (Jessica Biel) fatally stabbed a man on the beach, though she had no memory of the crime. It was a gripping mystery that garnered a couple Golden Globe nominations. 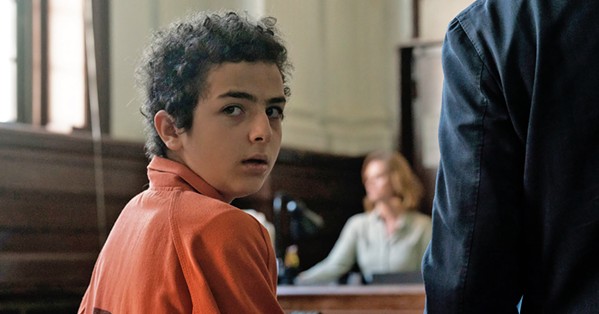 In the second eight-episode season, Ambrose returns to Keller, his hometown in upstate New York, to investigate why 13-year-old Julian Walker (Elisha Henig) poisoned his parents on a trip to Niagara Falls. It's an inexplicable crime, and Julian isn't talking. Like the first season, each episode peels back another layer of the mystery.

The first season was based on German crime writer Petra Hammesfahr's novel of the same name, which favored distraction and misdirection to keep readers guessing. Both the first season and the second continue with these techniques, so I don't want to reveal too much of the plot since a lot of the fun is being confused about where things are going.

I can tell you that we discover Julian and his parents were residents of Mosswood, a cult-like commune run by Vera Walker (Carrie Coons). The reason Ambrose returned to Keller was to help Detctive Heather Novack (Natalie Paul), who we learn was in a relationship with Marin Calhoun (Hannah Gross), who had ties to Mosswood but disappeared shortly after she and Novack had a falling out 14 years earlier.

It's twisty and turny stuff, and while the second season didn't wrap up as neatly and clearly as season 1, leaving a lot of loose threads to ignore, it still offered great atmosphere, a compelling narrative, and excellent performances.

Pullman is at his pensive best as Ambrose, who harbors dark secrets of his own. He understands that what compels people to commit crimes isn't always simple or straightforward. While in Keller, Ambrose stays with his old friend Jack Novack (Tracy Letts), father to Detective Heather, and there's something off about the old friends' relationship as well. Nothing is as it appears on the surface. Letts is a terrific actor, and he portrays Jack as a complicated man.

Henig is downright amazing as Julian. Despite his youth, he brings big, intricate emotions to his character. Coons, too, paints a character who's inscrutable but compelling. The whole affair is dripping with intrigue!

Like True Detective, each season is its own stand-alone mystery. If you like a good whodunit, check out The Sinner. Both seasons are a lot of fun, and the series has been renewed for a third season. (eight episodes, 40- to 46- min. each). Δ