Blast from the Past: Drive 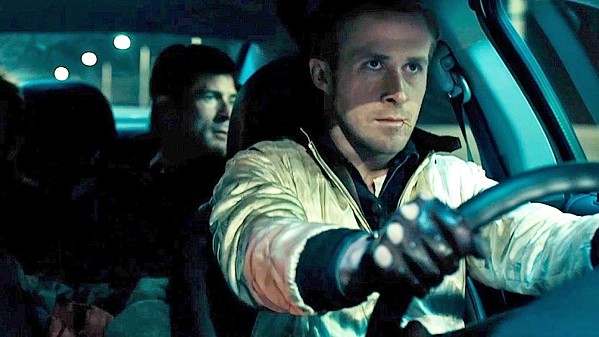 For a character who barely speaks and doesn't even have a name as far as we know, it's impressive how consistently apparent Ryan Gosling's state of mind is throughout Drive, making his performance and the film itself one of the ultimate recent examples of "show, don't tell." At the same time, Drive is one of the most satisfying action films without a superhero's name in the title of this decade, as satisfying as someone moonlighting as a getaway driver can be. More or less, it's a story that's been done before, but not like this. If you're trying to find the perfect blend between the high-octane car chases of the Fast and the Furious franchise and the existentialist angst of cerebral thrillers like Memento and Mulholland Drive, look no further.

Director Nicolas Winding Refn (Bronson, Valhalla Rising, The Neon Demon) has called the film a tribute to Taxi Driver. I like to compare the two the same way The Office's Michael Scott probably would, the same way he differentiates basketball from football—the former is jazz and the latter is rock 'n' roll. Taxi Driver is jazz, but Drive is more synth-pop than rock. It's fair to say their respective soundtracks support that claim.

Both films revolve around loners driving for a living, not only for the money but to keep their sanity intact as well. The key difference is exposition. We know cabbie Travis Bickle (Robert De Niro) is lonely because there's an endless amount of narration to support it. The driver Gosling plays, simply referred to as "Driver" in the credits, doesn't rely on the same thing. He doesn't keep a diary or converse about his isolation in any way. Yet we seem to know, or think we know, what he's feeling all the way through. All it really takes is the look on his face most of the time.

No bit of dialogue ever reveals he's in love with his next door neighbor, Irene (Carey Mulligan, An Education, Never Let Me Go), but his stagnant, glassy eyes and lack of response says it all when she tells him her incarcerated husband (Oscar Isaac, Inside Llewyn Davis, A Most Violent Year) is getting out of prison soon. Although the two have lived across the hall from each other for some time, they don't form a real friendship until the day Irene takes her car in for repairs at the garage where Driver works as a mechanic.

The owner of the garage, Shannon (Bryan Cranston, Breaking Bad), isn't just Driver's day job boss. He also assists with Driver's night gigs, supplying the cars he needs from heist to heist. Trouble starts brewing when Shannon proposes the two invest in a business venture with mobster Bernard Rose, played perfectly understated by Albert Brooks. Brooks' role in Taxi Driver as Tom, the young goofball campaign volunteer, makes his turn as the big bad guy here all the more interesting. Younger viewers especially are bound to recognize his voice too. Marlin from Finding Nemo anyone? Anyone? Bueller? Except try to imagine Marlin passive aggressively threatening other fish with off-the-cuff stories of breaking someone's pelvis or jamming a fork into their eye. This Nemo doesn't want to be found. (100 min.) Δ