Blast from the Past: Fish Tank

In the 92 years the Academy Awards have existed, only five women have ever been nominated for Best Director. Only one woman, Kathryn Bigelow (The Hurt Locker), has ever actually won the award, according to a recent story published by CNBC. 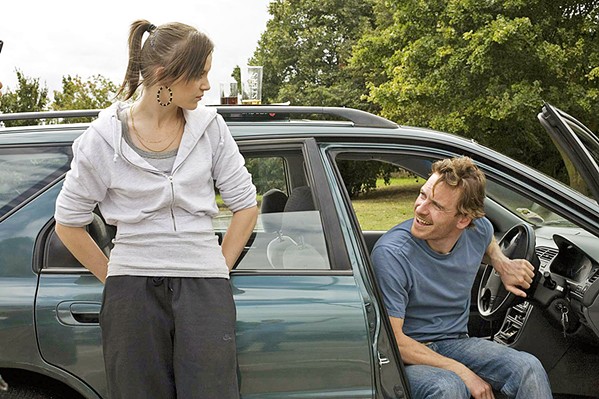 This issue became glaringly obvious to me a few weeks ago when I was thinking about some of my favorite directors—Yorgos Lanthimos (The Killing of a Sacred Deer, The Lobster), David Lynch (Twin Peaks, Mulholland Drive), Lars Von Trier (Melancholia)—and I realized they're all men. As a woman who generally tries to stay away from men (just kidding, I love you idiots), I was offended by my own choices.

Fish Tank, directed and written by Andrea Arnold (Red Road, American Honey), was my first pick, and it follows Mia (Katie Jarvis), a hot-tempered 15-year-old living in Essex with her alcoholic mom and little sister.

Things aren't going well with Mia when we meet her. Her dad isn't around, her mom is barely present (and whenever she is, they're fighting), and Mia is in a nasty argument with her only friends. Fortunately, despite her family's lack of money, Mia is always able to find the time and space necessary for her favorite escape: breakdancing.

A self-taught white girl in London, Mia isn't exactly a gifted breakdancer, but she develops an inkling of much-needed self-esteem when her mother's new boyfriend, Connor (Michael Fassbender), accidentally walks in on her while she's dancing alone and tells her she's talented.

From then on, Connor is around a lot, and when he is, her family is almost normal. He plays with Mia's little sister, takes them on a fishing trip, and encourages Mia to pursue a career in dance.

Mia, who so clearly has never experienced the nurturing and love a child needs, begins to mistake Connor's kindness for flirtation and develops romantic feelings for him. But it quickly becomes obvious that Connor isn't as sweet as he's been made out to be, and Mia finds out about a life of Connor's that he's never shared with her family.

Arnold's direction fools you into believing Connor might be one of the good ones, unveils him as the disgusting monster he really is, and then forces you almost onto his side once again at the end. On the flip side, the audience always knows what atrocities Mia is capable of.

Despite her impossible attitude and, in some cases, criminal decision-making, she's one of those ultra-complex characters you end up loving unconditionally, maybe because no one else in the movie does.

In Fish Tank, all lines are blurred: good and bad, comedy and tragedy, mother and child, villain and hero, sexual and platonic relationships. That's what makes it so real, so raw, and such a joy to watch. (124 min.) Δ