Blast from the Past: The Shining 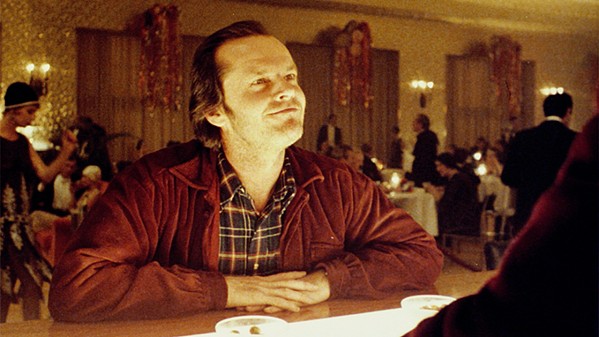 Shelley Duvall's reaction to Jack Nicholson axing away at the bathroom door separating the two is probably the most iconic image of any horror film (please relay my sincerest apologies to Psycho, The Exorcist, Ghost Shark, etc.). And the only real competition with a fighting chance comes from the same source.

The twins. The typewriter. The tidal wave of blood flowing from the elevator, ultimately engulfing the screen. "REDRUM. REDRUM. REDRUM."

Whether you're a lover, hater, or somewhere in between, there's simply no way to deny The Shining's grip on pop culture—mostly because it's been parodied to death (pun intended), which is unfortunate for those who've never seen it. I can't imagine anyone in this day and age being surprised by the Grady sisters waiting around the corner for 6-year-old Danny Torrance as he tricycles down those sinister hallways. ("Come and play with us, Danny. Forever. And ever. And ever.")

But for those who have never sat through The Shining in its entirety and wish to, my advice is try your best to forget what you already know. Delete those pesky memories of every reference, every joke from every Adult Swim show. Go in with a clear mind. Do whatever it takes. Press play, but pretend you're about to watch Twin Peaks fan fiction or something.

Nicholson plays Jack Torrance, of course, a former teacher and aspiring author who's been hired as the caretaker at the Overlook Hotel in Colorado, which becomes snowed-in during the winter and remains closed between October and May. Jack and his family—wife Wendy (Duvall) and son Danny (Danny Lloyd)—are set to live at the isolated hotel for the full seven-month duration. Long story short: They don't even make it to two.

After the first month goes by, Jack becomes more engrossed in his writing (or lack thereof due to occasional writer's block). We see him in bed quite a bit, but he never looks rested. The rest of his time is either spent confined to his desk with the typewriter or staring straight into the camera like he knows we're watching (the classic "Kubrick stare," used by at least one actor in almost all of the director's films).

Meanwhile, Danny is having ghastly visions of apparitions throughout the hotel. There's never concrete evidence against them being figments of his imagination, until Jack begins to see them too. Or they're both just going crazy. Either way, it's up to poor Wendy to remain a beacon of sanity, which becomes quite difficult after finding out exactly what Jack's been typing this whole time.

If I had to choose just one word to describe The Shining, it would be hypnotic. It's deliberately slow, but the pace combined with the eerie score and seamless cinematography provides a dreamlike quality far superior to any number of jump scares the film could be accused of lacking. It sucks me in every time, so much so that you can probably find me in the framed 1921 Gold Ballroom photo by now, along with the rest of the souls the Overlook has trapped over the years. (144 min.) Δ