The contentious post-election rift between the country's Democrats reared its head in San Luis Obispo on June 19, when the local party's chairman stormed out of a meeting of the SLO County Democratic Party's central committee.

After a heated disagreement over parliamentary procedure and whether or not attendees were allowed to record the committee's meeting, outgoing chairman Don Stewart banged the gavel and abruptly adjourned the meeting until August, drawing loud chants of "shame" from many in the meeting room. 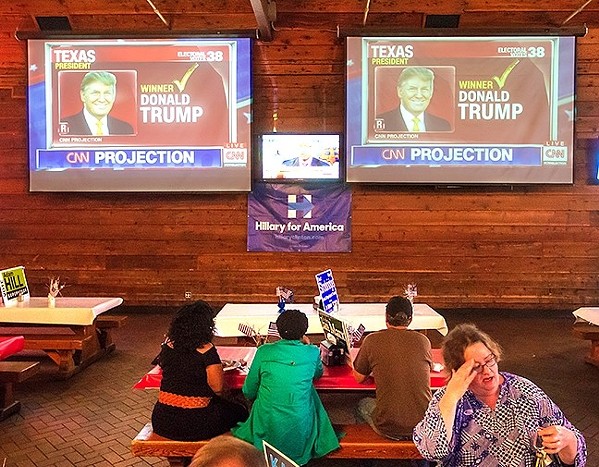 "This is ?" one committee member shouted as Stewart left the building.

The incident highlights the division between party members after the 2016 election, and the rising influence of the SLO Progressives, a countywide club primarily made up residents who supported Vermont Sen. Bernie Sanders in the 2016 presidential primary. Since the election, the group claims it amassed 1,500 members and has been a visible presence in the community, organizing members to show up to local government meetings and events to advocate for progressive left policies and issues such as single payer health care, campaign finance reform, and opposing offshore oil drilling.

The SLO Progressives also appear to be flexing their muscles within the party itself. The group's co-chair, Nick Andre, is also one of the Central Committee's vice-chairs, and many of the group's members and supporters have voting positions on the committee. After Stewart's abrupt departure at the June 19 meeting, Andre and a majority of committee members voted to continue the meeting without him, and went on to pass a number of resolutions, including seeking out a larger space for future committee meetings, and a resolution to support proposed single-payer health care bill currently making its way through the California State Senate.

In an online post, the SLO Progressives celebrated the events of the June 19 meeting, characterizing it as ushering in a "new generation" of leadership for local Democratic Party politics.

"The SLO County Democratic Party is now one of California's most progressive parties," the statement reads. "SLO County Democrats are now unified in leading the way for electoral victory in 2018 on the Central Coast, California, and the United States."

But not everyone is completely on board with the ascendant SLO Progressive voting bloc. Other Democrats worried that the groups might use its majority to overrule dissenting voices. SLO County Democrat Joe St. Clair stressed the need for structure within the party.

"They want things to come from the bottom up," he said. "But you need order."

The split in the party could come up again next month when the committee's members vote for a new chairperson. At the June 19 meeting, members nominated  Donna Kandel, a schoolteacher and 4th supervisorial district committee representative, and  SLO Progressive advisory board member Rosemary Canfield for the spot. Voting committee members will choose the new chair at a July 17 meeting.

The turmoil within the committee comes as the 2018 mid-term elections loom on the horizon. In SLO County, there are about 111 seats for local office that will be open for those elections, according to Canfield, who is spearheading candidate recruitment for the party.

"Over half of those offices that are up are currently held by Republicans," Canfield said at the meeting. "Let's flip it."

But some worried that the division and infighting within the party could jeopardize chances to take back some of those seats.

"We're beatable because we are not together," one of the meeting's attendees told committee members. "This business is not about fighting each other. This business is about getting these clowns out of office."

Correction: The original version of this article incorrectly identified  Donna Kandel as an advisory board member for the SLO Progressives. Rosemary Canfield is a member of that board.