Because two SLO County supervisors changed their votes, the county's boundary line is staying the same.

As Supervisor Katcho Achadjian spoke on Sept. 16, some people leaned forward in their seats, some held their hands to their faces, and some seemed to be holding their breath. When Achadjian finally moved to deny the Suey Ranch land transfer, some let out audible sighs of relief.

Achadjian’s move signaled a swing on the board majority and effectively killed the proposed land transfer, which would have moved 5,070 acres of prime agricultural land from SLO County to Santa Barbara County. Supervisor Jerry Lenthall also changed his previous stance and quickly seconded Achadjian’s motion. 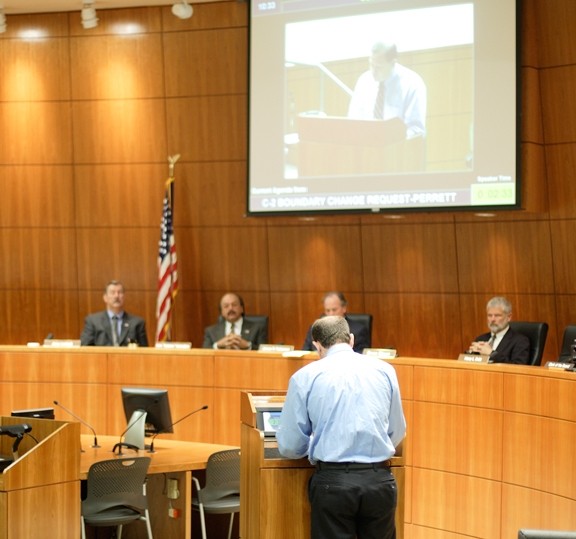 Three weeks earlier, Achadjian, Lenthall, and Supervisor Harry Ovitt tentatively approved the transfer, sparking a firestorm of criticism from the public and several government bodies. The final vote on Sept. 16 was 4-0-1, with Ovitt absent while he recovered from foot surgery. Supervisors James Patterson and Bruce Gibson voted in line with their previous philosophy when each said there was “no compelling reason” to allow the boundary adjustment.

Achadjian had previously been a strong backer of the land transfer and said that he believed doing so would tip the scales in favor of the Nipomo Community Services District as it negotiated for water from Santa Maria. But the Nipomo CSD disagreed, and said that while Achadjian had been talking with Santa Maria and Santa Barbara officials, the Suey Ranch transfer was never formally on the bargaining table.

Before making his motion, Achadjian said he had reconsidered and decided to analyze other avenues to get Nipomo its water. “You folks are telling me no,” he said of the district’s position, “then why should I?”

Incoming District 3 Supervisor Adam Hill weighed in, too. Although he will not take office for another three months, Hill said he’s been flooded with calls and the sentiment was of “astonishment and outrage.”

The board’s public seats were filled with many who were dumbfounded by the idea of giving away land. They pleaded with the board to deny the transfer on the grounds that it carried no benefit and only stood to remove local land-use control and tax revenue. After the vote was taken there was applause throughout the room.

Absent, however, were the applicants, H.D. and Carol Perrett or any of their representatives. The Perretts had asked for a continuance the night before, according to county staff.

The Perretts did not respond to a call for comment.

Raising additional concerns, County Tax Collector Frank L. Freitas said the $58,000 the county estimated it would lose in annual property tax in the switch was below the actual cost he estimated the transfer would cost in the future. He estimated the figure would be closer to $1 million.

“As a resident, I don’t understand this transfer,” Freitas said. “It doesn’t make sense to me as a person.”

It didn’t make sense to the board, either. Patterson and Gibson each thanked Achadjian for his new vote. Lenthall joined in the thanks and commended Achadjian for thinking “outside the box” to get Nipomo water. He added that the board’s previous approval was tentative and a “work in progress.”