A perfect storm of limited resources, maternity leave, and a particularly rough flu season led to the Boys and Girls Club of South San Luis Obispo County losing control of the free after-school programs offered at Grover Heights and Oceano Elementary, according to the club’s executive director, Francisco Curiel. 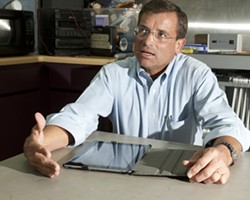 “We’ve only got two full-time people,” Curiel said. “When one’s away, and the other’s brand new, there’s only so much you can do.”

A former club staffer, who asked not to be named, said it was Curiel’s mismanagement that cost the club its programs. The source recounted going to bed Jan. 23 not knowing whether there would still be a job to come in for the next day. By Jan. 28, that person was officially a YMCA employee, doing the same job at the same location.

While he expressed some frustration with the change, Curiel said focusing the Boys and Girls Club’s resources on its clubhouse and teen center at the San Luis Obispo Mission would actually strengthen their program.