Break out of your COVID-19 rut with a musical mystery series, A Killer Party

You're pretty much trapped at home, sick of jigsaw puzzles, and tired of day drinking. Break out of your COVID-19 rut with A Killer Party—A Murder Mystery Musical!

You can purchased the nine-part musical series for $12.99 (akillerpartymusical.com/cal-poly-arts) and receive "the full 85-minute filmed episodic musical, plus bonus behind-the-scenes footage including cut material and more," according to Cal Poly Arts. "A Killer Partywill be available for streaming beginning Aug. 5 at 10 a.m. EST [You have plenty of time to catch up!] and will be released three episodes at a time: Episodes 4 to 6 debut on Aug. 12 and episodes 7 to 9 debut on Aug. 19."

This is a "collaboration between more than 50 Broadway professionals all working together remotely," according to press materials. "A Killer Partyis not only a new musical but represents a new type of musical. With a purchase of the series, you support these artists 'on stage' and behind the scenes, while they provide laughter and levity during this time of new ways to create and support art. A portion of your purchase price will also support Cal Poly Arts."

The setup is pretty straightforward: "When Varthur McArthur, the artistic director of a failing theater in Duluth, invites his troupe of disgruntled actors and collaborators to the first read of an 'immersive murder mystery dinner party,' no one knew that he would be the victim. Or did they? Enter eager, determined, and untested Detective Case. After sequestering the guests into separate rooms (because, you know, social-distancing), she gets down to finding out whodunnit, uncovering secret affairs, life-long grudges, backstage drama, and a lot of musical theater song and dance." 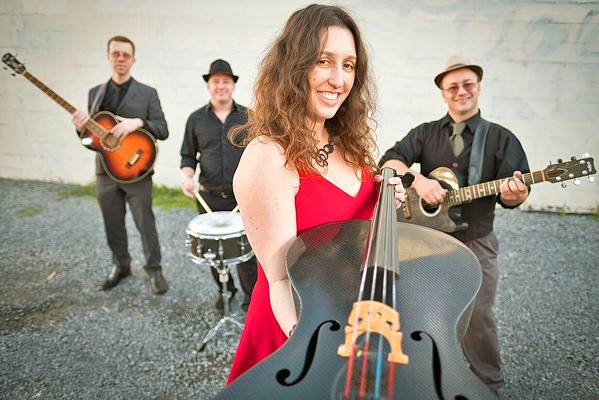 The Clark Center has a terrific free concert coming up this Saturday, Aug. 15, when Dirty Cello performs "Blues and Bluegrass on the Cello" at 6 p.m. (available on YouTube (@clarkcenterperfarts) and Facebook (@ClarkCenter). This pre-recorded concert was created especially for the Clark Center, and though the concert is free, donations will be split evenly between the band and venue.

Nipomo-based ARA, a mixed Mexican-Italian-American artist, just released a defiant art pop video for "Tell You Why // Down," available on YouTube. It's the first single from her The Desert EP, coming out Friday, Aug. 14. According to press materials, "Once a student-athlete with interest from major labels, ARA ended up in the psych ward at SF General and wandering the California desert, confronting the cognitive dissonance as a mixed woman in America."

The song is about "the disassociated state that overcame me in the wake of rape and emotional abuse, the ancient, sacred, spiritual space that we all must enter and surrender to at the center of our self," she said.

Vocalist Sarah Pillow, a San Luis High School grad who now lives with her vibraphonist husband Marc Wagnon in New York where they run their own record label, Buckyball Records, has been releasing music during the pandemic. Their most recent collaboration is a cover of Joni Mitchell's "California," which they call "a special quarantine anthem—California edition," available on their YouTube and Vimeo channels.

"When New York was having the worst COVID-19 cases in April and May, California had their numbers under control," said Pillow, who still visits family in San Luis Obispo regularly, "but unfortunately, the virus doesn't give a fig about your political affiliation. How many more deaths will we see before we understand that science and fact-based evidence are the only way we will survive COVID, and most likely, a changing climate on Earth? If we learned anything from this crisis, it's how important it is to come together and to help each other.This anthem is for everyone missing normalcy, certainty, and 'the folks you dig.'" 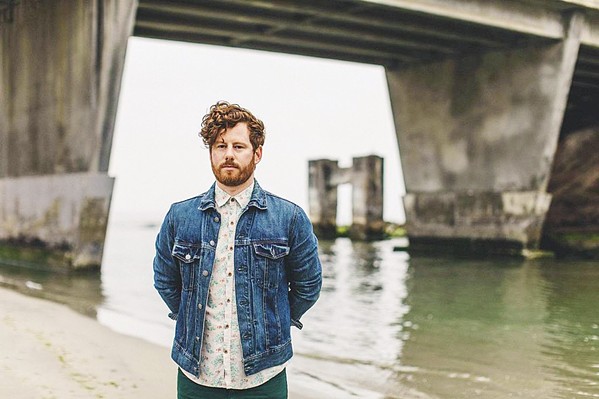 David Provenzano is best known as a member of Fialta, SLO Town's amazing indie pop act, but he's got a side project, Margot Polo, which occasionally releases singles written, produced, and performed by Provenzano, like his newest, "This Old Thing," coming out this Friday, Aug. 14 (Spotify, Soundcloud).

"What a wild and rough year this has been, eh?" he wrote. "I lost my job, and we've been dealing with a lot of heartache and loss in our family this summer on top of everything. It really is pouring over here! In the midst of all this, I have a new song. Admittedly, this is a bit of a shift for me stylistically, as my previous songs have been much more pop-influenced. But I've been feeling reflective lately, and that's led me to reconnect with my indie/emo roots back when I was growing up in California, playing in bands with my friends, and learning to cope with being a human. This song also reflects my formative musical influences from those times—Death Cab for Cutie, American Football, The Album Leaf. The lyrics are about resurrection—trying on the verge of loss to save something precious: a relationship, a dream, or faith. I don't know if this will be a one-off, or a new chapter in my writing life, but music to me is, and has always been, about friendship, love, and connection—something we need now more than ever."

It's a terrific song, gauzy and dreamy with synth, guitar, bass, drums, and lots of "woo-ooos." Is it dream pop? Is it emo? Let's call it dreamo! Great track! Watch Margot Polo's Bandcamp page this Friday! Δ