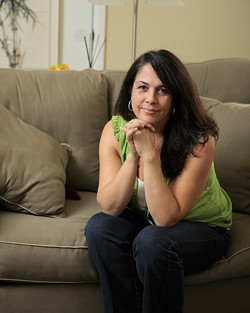 Suicide is a complex issue. It’s also a subject many people don’t want to talk about because of its painful and taboo connotations.

But according to many experts, it’s that very societal need to keep suicide—and the thoughts and feelings surrounding it—secret and shrouded in shame that partly drives people to the point of taking their own lives.

“There’re a wide variety of reasons why people commit suicide. Depression is huge,” explained Dr. Stephanie Baisa Wilson, a licensed marriage and family therapist and a board member of Transitions Mental Health Association, which covers San Luis Obispo and Northern Santa Barbara counties. “When you’re depressed, it’s so hard to see a positive outcome. You feel desperate and hopeless, and suicide seems like the easier way to deal with your feelings.

“With some of the people I’ve counseled, it’s gotten to the point in their lives that they can’t function anymore,” she continued. “They’ve shoved [their emotions] down and to the side so much that it’s like they’re choking. It’s emotionally and mentally toxic.”

People who are considering suicide, she said, usually feel isolated and overwhelmed by the circumstances in their lives. And most of the time, their loved ones have no idea what’s going on.

According to information from the Glendon Association, a nonprofit mental health organization based in Santa Barbara, suicide is driven by continual self-destructive thoughts. The person is divided—part wants to live, but part is more negative.

Based on national statistics, white people are the most likely demographic to commit suicide, and elderly men have the highest rate of completion. In SLO County, people between the ages of 35 to 54 had the highest suicide rates: 107 between 1999 and 2006.

Ron Owens, an information officer for the California Public Health Department, said that some research shows that older males have a high prevalence of untreated depression, a risk factor for suicide.

And from a therapeutic stance, Baisa Wilson said, “Women talk about their feelings more. Men are not as verbal and often don’t have the coping skills to deal with their feelings.”

Traditionally, suicide hasn’t been as prevalent among other cultures and people of other ethnicities, but recent trends show that could be changing, especially among young people.

The most recent Healthy Youth survey by the National Centers for Disease Control and Prevention (2007) showed that Hispanic females were more likely than their peers to have made suicide attempts that resulted in injury, poisoning, or overdose that required medical attention. That group was followed by males whose ethnicity was designated as “other” (most likely Asians, Pacific Islanders, and Native Americans) and black males.

According to the same survey, Hispanic females and “other” females had the highest rate of making a plan about how they would attempt suicide. Hispanic males and “other” males were also ranked high in that set.

“Part of that might be from transitioning into a culture where there is more suicide,” Baisa Wilson said. “You usually see it more with single-parent families—the parent is working two jobs to get food on the table and sometimes the kids feel abandoned.”

The closer a person is to his family, even if it’s just physically, the less likely he is to kill himself, according to the Glendon Association.

Another factor is the tumultuous nature of teenagers.

“With teenagers, everything is more dramatic,” Baisa Wilson said. “Love is more dramatic, a breakup with a boyfriend is more tragic. And on top of that, there’s a feeling of indestructibility.”

Add cultural and societal stressors into the mix, and a teen could become even more likely to consider suicide. Baisa Wilson added: “Sometimes there are less options, less opportunities for minorities, and therefore more pressure. I’m Hispanic, and I know that traditionally you do not talk about your feelings. You do not talk about what’s wrong. ... It’s a stigma to say you’re depressed.”

Getting help, especially professional treatment, at any age is often difficult for minorities because it isn’t widely accepted.

“It’s usually very hard to get a minority into therapy, especially men, because it’s not an acceptable part of most ethnic cultures,” she said. “Many men find it very emasculating and disempowering to go to therapy.”

Therapists and counselors aren’t the only people capable of helping someone who’s suicidal. In fact, according to the Glendon Association’s Lisa Firestone, teens especially are more likely to share their suicidal thoughts and feelings with a friend than a parent or professional.

To help people feel more prepared should such a situation arise, the Glendon Association has put together some tips on how to prevent suicide. A full brochure is available online at glendon.org.

“The biggest thing you don’t want to do is make them feel guilty,” Firestone said, “like you wouldn’t want to say to someone with children, ‘Oh, if you did this you’d be
a failure as a parent.’”

It can feel like you’re walking a fine line, but the most important thing to remember, Firestone said, is: “A part of everyone, no matter how hopeless or depressed they might seem, wants to live.” ∆