Brewing up a mess o' music

Downtown Brew serves up a quintet of concerts

Downtown Brew has five, count ’em, five killer shows this week. It’s like a machine gun full of music being fired into your ears.

On Thursday, Feb. 5, two killer local indie alt.rock acts hit the stage. According to Nothing Ever Stays, after producing an EP and a single through two smallish labels, “We are now completely independent and looking to take on the music industry ourselves. As you can imagine, recording a legit record can cost a band a ton and we are working as hard as we can to get there.” Opening for Nothing is PK, who reminded me of Jane’s Addiction as I sat listening to their potent, all-too-brief, five-song EP Casting Shadows. Ripping guitars, crystalline vocals, harmony choruses, frantic pacing—these guys are tight! This is a 7 p.m., all-ages, $6 presale show (Boo Boo’s or the venue). It’ll cost you $8 at the door.

Do you know Bob? Well, it’s his 64th birthday on Friday, Feb. 6, which is when reggae fans can bob and weave to the sounds of Resination and Native Elements during an 8 p.m., 21-and-older, $8 presale ($10 at the door) show. It’s hard to believe, but Resination has been together for almost a decade. Impressive! 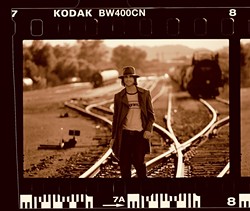 The show I’m most excited about this week is Todd Snider, whose Americana novelty songs are hilarious, like his tune “Beer Run” that’s become my personal anthem: “B-double E double R U-N beer run/ B-double E double R U-N beer run/ all we need is a ten and five-er/ a car and key and a sober driver.” Snider plays Sunday, Feb. 8, at 6:30 p.m. for a 21-and-older, $20 presale show ($22 at the door). I’d suggest buying early for this one, because it’s going to be first-come-first-serve floor seating, which will limit club capacity.

Finally, on Tuesday, Feb. 10, DT Brew hosts Long Island post-hardcore band The Sleeping, who are taking a break from their tour with Funeral for a Friend for an all-ages, 7:30 p.m., $12 presale show. Their new album, What It Takes, hits the streets on Feb. 17, but fans who stop by can expect to hear a few cuts a bit early. Tour mates Emarosa and This is Hell will open.

With inspiration as diverse as jazz, classical, rock, and R&B, Amy Obenski’s style can’t be neatly summed up. Suffice it to say, the result is an eclectic, earthy sound. On her newest album, From The Deep, one hears piano, cello, viola, bass, drums, mandolin, and even accordion, but when Amy Obenski plays Linnaea’s Café on Thursday, Feb. 5, listeners will hear her sweet and sultry vocals accompanied by keyboards alone. In 2007, her song “Carousel” was heard on Grey’s Anatomy, taking the song to No. 23 on the iTunes Folk Chart. She plays at 8 p.m., with a $5 suggested donation.

Four Shillings Short returns to Coalesce Bookstore on Friday, Feb. 6, for a 7 p.m., $15 concert. This eclectic folk duo plays everything from an Indian sitar to a Renaissance crumhorn, with about 20 other instruments in between, including hammered dulcimer, mandola and mandolin, tinwhistle and woodwinds, banjo, and percussion—and don’t forget their vocals! Hear everything from traditional Irish tunes and airs, Indian ragas, folk ballads, old-time songs, medieval and Renaissance instrumentals, and a cappella numbers.

Irish fiddler Kevin Burke plays on Friday, Feb. 6, at 8 p.m. in Cambria’s Painted Sky Studio. Burke, a 30-year veteran of the traditional Irish music scene, was a member of the seminal 1970s Irish group the Bothy Band. The longtime Portland resident won a 2002 National Heritage Fellowship, the country’s highest honor in the folk and traditional arts. Burke will be joined by native Oregonian Cal Scott, who’s played in folk, rock, and jazz ensembles for three decades. He’s also recorded and produced more than 20 CDs, including nine with The Trail Band, an American roots folk group. Tickets are $18 (927-0500).

The San Luis Obispo Symphony, featuring cellist Zuill Bailey, plays at 8 p.m., Saturday, Feb. 7, at the Christopher Cohan Center. This will be Bailey’s first performance since the release of Russian Masterpieces for Cello and Orchestra, and he’ll perform Pyotr Ilyich Tchaikovsky’s “Variations on a Rococo Theme, Op. 33,” which also appears on his new recording. The concert will also include Robert Schumann’s “Symphony No. 3 in E-flat,” “Rhenish” and Camille Saint-Saëns’s “Cello Concerto No. 1 in A minor, Op. 33.” The concert costs $12.50 to $65 (756-2787), or you can attend the 1 p.m. dress rehearsal for free. Evening ticket holders are also invited to attend a 7 p.m. pre-concert Lecture: “Symphonic Forays.” On a side note, Conductor Michael Nowak apparently plays a draconian taskmaster-of-a-conductor in The Soloist, the new film starring Jamie Foxx and Robert Downey Jr. Clearly typecasting! 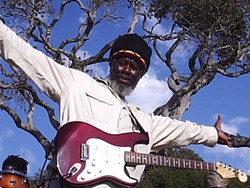 To keep the Bob Marley birthday celebration going all weekend, Ras Danny, who, like Bob, was part of the Jamaican Trenchtown scene, will play Mr. Rick’s on Saturday, Feb. 7, at 9 p.m. Ras Danny is currently recording a new CD, backed by the Ark Roots Band.

Cambria songsmith James Conroy has a couple of new CDs coming out and a couple of gigs to promote them. On Saturday, Feb. 7, Conroy releases Songtree, a collection of original vocal and guitar songs spanning his 45-year career, at 3 p.m. at Gina’s Coffee House in Cayucos. Then on Tuesday, Feb. 10, Conroy releases Joy Be With You All, by Conroy’s alter ego the Seamus Conroy Band, at 6 p.m. in the Crooked Kilt Irish Pub in Paso. The CD features Celtic ballads and dance tunes recorded live in concert at Cambria’s Painted Sky Studio. Conroy’s also turning 60. Happy birthday! 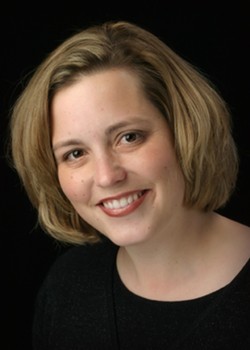 SLO native Kimberly Moody, frequent guest organist on the world-famous Tabernacle organ in Salt Lake City, returns to town for a solo recital on the Forbes Pipe Organ at the Performing Arts Center on Sunday, Feb. 8, at 3 p.m. Moody’s program will include Dietrich Buxtehude’s “Toccata in F Major,” Nicolas de Grigny’s “Veni Creator,” Bach’s “Concerto in A Minor, BWV 593,” Dan Locklair’s “The Peace May Be Exchanged” from Rubrics, Mendelssohn’s “Sonata in A Major, Op. 65, No. 3,” Louis Vierne’s “Scherzo from Symphony No. 2, Op. 20,” Dale Wood’s “Three Settings of Folk Songs,” and Robert Elmore’s “Rhumba.” Student and adult tickets range from $11 to $26. Call 756-2787. ∆

Glen Starkey just can’t get enough minimalism. Explain his idiocy to him at gstarkey@newtimesslo.com.