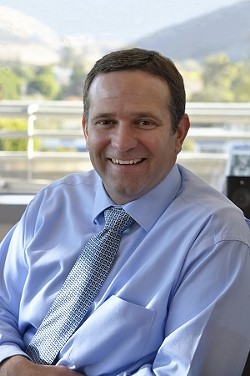 &quotIt is time for a change," Buckshi said in a press release. &quotI am proud of all we have accomplished during my tenure and am I thankful for the many opportunities the county has afforded me over the years. ... However, the current Board of Supervisors is very different than the board that promoted me to the CAO position five years ago."

The announcement hits as the county enters into what's expected to be contentious budget hearings. The Board of Supervisors has been engulfed in turmoil since the November election, with Supervisors John Peschong, Debbie Arnold and Lynn Compton frequently clashing with Supervisors Bruce Gibson and Adam Hill, battling over budget priorities, groundwater policies, and Brown Act procedures.

It's not yet clear how much longer Buckshi will stay on as SLO County's CAO or when the search for his replacement will begin.