Burning, Bad & Cool release their EP 'On the Gospel Highway' at Painted Sky Studios on May 31

If you had a chance to see a Palm Theatre screening of Amazing Grace—the documentary of rediscovered footage of Aretha Franklin's incredible 1972 performances at the New Bethel Baptist Church in Watts, Los Angeles—you've had a recent reminder of the power of gospel music, which laid the groundwork for R&B and rock 'n' roll. You can be reminded again of gospel's power when Burning, Bad & Cool release their new six-song EP, On the Gospel Highway, at a concert at Painted Sky Studios this Friday, May 31 (8 p.m.; all ages; $10 presale at brownpapertickets.com/event/4214471, or $15 at the door). 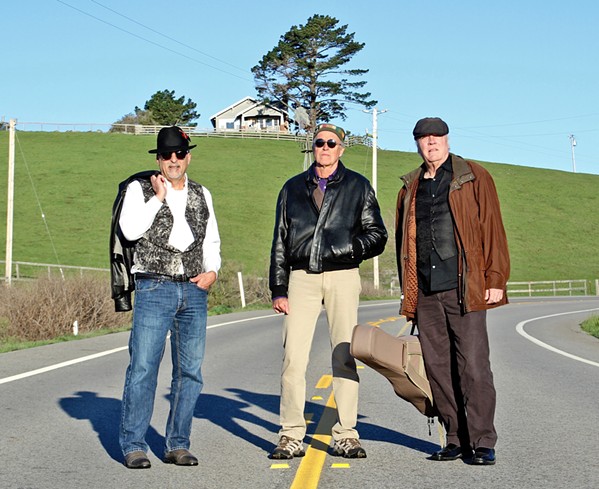 The idea of this side project is to pay tribute to black gospel groups like the Soul Stirrers and the Fairfield Four, which traveled the Southern U.S. in the '50s playing a circuit called the Gospel Highway and venues made up almost exclusively of black churches. Sam Cooke, for instance, was in the Soul Stirrers before he took his career into the secular realm with the 1957 release of "You Send Me," which went on to launch his solo career. When Scoolis, Baxmeyer, and Conroy joined up five years ago, it was over this shared love of old gospel, even though they weren't "especially church goers or black."

"We're not about any specific belief system," Conroy said in press materials, "but simply uplifting spirit, and the gospel music works as a universal joy enabler."

The new EP opens with the traditional gospel song, "Something's Got A Hold on Me," but also features the Paul Simon song "Bridge Over Troubled Water," the traditional "Wade into the Waters," "Respect Yourself" (made famous by The Staple Singers), "Love Train" by The O'Jays, and a Conroy original called "Gospel Highway." It's a wonderful sounding album recorded by Steve Crimmel at Painted Sky Studios.

The trio's distinctive voices work together in a powerful way, and the songs are pure joy! This ought to be a very cool show. 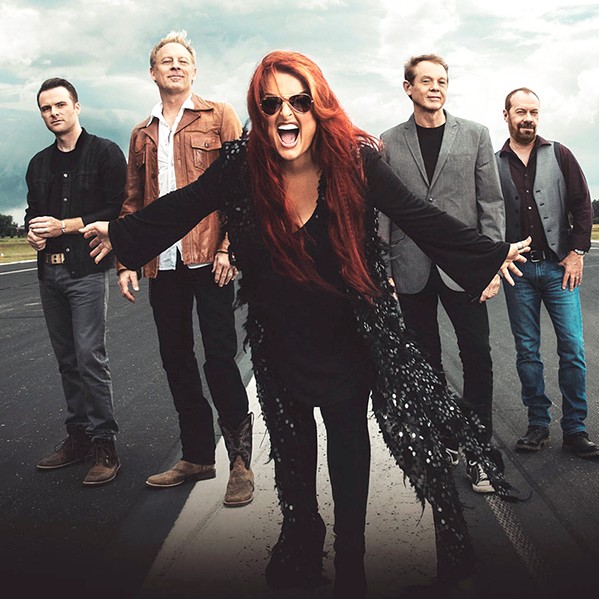 Five-time Grammy winner and New York Times best-selling author Wynonna Judd has enjoyed a pretty amazing life. Her sister is actress Ashley Judd, and her mom is Naomi Judd, her singing partner who made their band, The Judds, a country music staple in the 1980s. Wynonna struck out on her own in 1991.

Rolling Stone called her "the greatest female country singer since Patsy Cline." She's sold more than 30 million albums worldwide and enjoyed 20 No. 1 hits, like "Mama He's Crazy," "Why Not Me," and "Grandpa, (Tell Me 'Bout The Good Ole Days)."

She's touring in support of her 2016 eponymous album of country, Americana, blues, soul, and rock sounds, which she's described as "vintage yet modern" and a "return to the well." She's also an amazing philanthropist who's helped raise more than $90 million for victims of natural disasters in the Gulf Coast.

Punk rockers Fidlar also play the Fremont this week, on Saturday, June 1 (9 p.m.; all ages; $28.48 at Boo Boo's or fremontslo.com), with Tropa Magica and Pancho and the Wizards. Fidlar is touring in support of their third album, Almost Free.

Numbskull and Good Medicine Presents has three shows lined up this week, and perhaps the biggest is Reggae legends Mykal Rose with Sly and Robbie at Presqu'ile Winery on Saturday, June 1 (6 p.m.; all ages; $30 presale at Boo Boo's and ticketfly.com or $35 at the door). Redemption Sound System and DJ E-Dub and Chukki will open with an all-vinyl set. 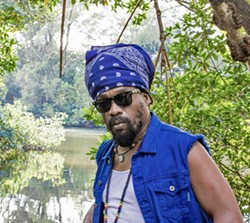 Rose is best known as the frontman for Black Uhuru, joining in 1977 after the departure of Don Carlos and Garth Dennis. He and Uhuru went on to release Anthem, which won the first-ever Grammy Award for Reggae in 1985. After that, Rose dropped off the radar for a while, choosing to return to his native Jamaica to start a coffee farm. Then in 1989, he resurfaced and has had a long and storied solo career ever since.

Americana and R&B act Dustbowl Revival plays Presqu'ile Winery on Friday, May 31 (6 p.m.; all ages; $20 presale at Boo Boo's and ticketfly.com or $25 at the door). The eight-piece band also mashes in some New Orleans funk, bluegrass, soul, pre-war blues, and roots music into their irresistible sound.

Do the right thing 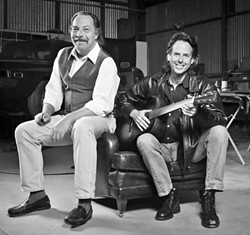 This Sunday, June 2, the nonprofit Infinite Music hosts a musical fundraiser to support music programs for local youth, in the charming hamlet of Harmony (12:45 to 7 p.m.; all ages; $25 general, $15 student, $60 super donor at my805tix.com or Boo Boo Records).

There's also a silent auction, wine raffle, barbecue, craft beer, wine, and more in the village courtyard. And what a great cause—"offering musical opportunities that are accessible and affordable for local youth."

Real Estate plays the SLO Brew Rock Event Center on Thursday, June 6 (7 p.m.; 18-and-older; $22 at slobrew.com), touring in support of In Mind, the fourth full-length record that, according to press materials, "builds upon the band's reputation for crafting perfect songs and carries Real Estate even deeper into the pantheon of great songwriters." Singles like "Darling" and "Stained Glass" are filled with crisp guitar work and harmony choruses, driving the band's dreamy pop sounds.

There are still tickets left for the Live Oak Music Festival, coming to El Chorro Regional Park on Friday, June 21, through Sunday, June 23 (tickets at liveoakfest.org). If you don't feel like camping, buy a day pass! The least expensive day is Friday, June 21 ($47 presale or $50 at the gate), since it's basically a half day. 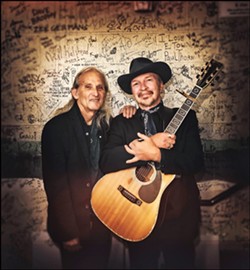 The evening's headliners are the amazing Dave Alvin and Jimmie Dale Gilmore with the Guilty Ones (9 to 10:30 p.m. on the Main Stage). These American roots masters have an incredible new album out, Downey to Lubbock, which teams up the California roots rocker with the Texas alt-country star to explore Western swing, blues, and early rock sounds.

While you're there, check out the Delphinus nature hike, crafts workshops, the Something Ridiculous Jugglers in the beer garden, a John Beccia concert, and aerialist performers; watch the kids' talent show tryouts; or sign up for the sushi making workshop! There's something for everyone at Live Oak!

Kevin Coons is running a new monthly music event at Kreuzberg that will feature local and traveling songwriters, starting this Thursday, May 30, with Jon Bartel of the Creston Line, Ethan Burns from the Ragged Jubilee, and Emily Wryn from Lompoc (8 p.m.; all ages; $10 at the door). That's a helluva first lineup! 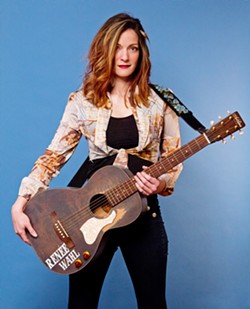 Renee Wahl will bring her outlaw Americana country to several venues over the next couple of weeks as she tours in support of her gritty new album, Cut to the Bone. It is produced by Stuart Mathis (Lucinda Williams, Wallflowers), who also plays guitar. See the Air Force veteran and teacher do her thing on Friday, May 31, and Saturday, June 1, at Puffers of Pismo (7 p.m.); Monday, June 3, at Atascadero's Nautical Cowboy at The Carlton (6 p.m.); live on air at KPYG on Sunday, June 9 (10 a.m.); at Boo Boo Records on Thursday, June 13 (5 p.m.) and later that same night at Paso's Pine Street Saloon (8 p.m.; 21-and-older).