Exiled: From the Killing Fields of Cambodia to California and Back by Katya Cengel is available at bookstores and online at Amazon for $29.03 for hardback and $18.95 for the Kindle edition. On Sept. 27, Cengel will make an appearance for a book signing at Barnes and Noble in San Luis Obispo from 6 to 8 p.m. For more on her work, visit katyacengel.com.

Four families, two countries, and 40 years of back-and-forth without a place to call home all intersect in reporter and Cal Poly journalism professor Katya Cengel's newly published book, Exiled: From the Killing Fields of Cambodia to California and Back. Cengel, who has written for publications like The New York Times and NPR, follows the stories of four Cambodian families as they face criminal deportation 40 years after their resettlement in the United States. Weaving together these stories into one narrative, Cengel finds that violence comes in many forms and that trauma is passed down through generations. New Times sat down with Cengel to discuss journalism, long-form storytelling, and more. 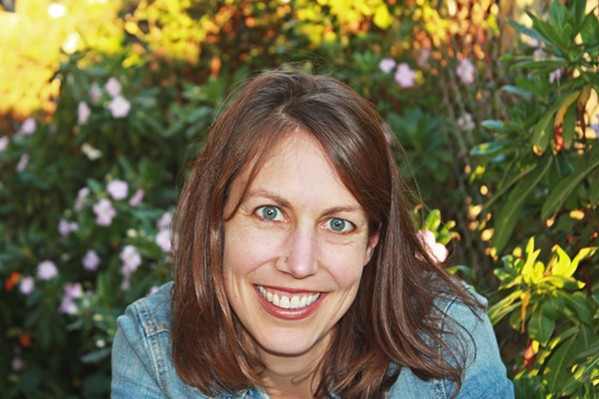 New Times: What is Exiled all about?

Katya Cengel: It's about refugee resettlement in the U.S. and the criminalization of our immigration policy and how trauma gets passed down. It follows four Cambodian families from the genocide in Cambodia to the U.S. and back to Cambodia.

NT: What inspired you to write Exiled?

KC: I wrote a foreign policy article and went to Cambodia for it and realized that there was more to this story than just an article. I started on it because immigration was in the news, as it is now with the election of Trump. I felt people needed to be aware of what was happening with deportation. What is the legacy of all of that? Also the survivors of the genocide are aging and I think it's important to document them.

NT: What was the process of reporting and writing Exiled like?

KC: First it was finding families willing to tell their stories, which was hard. I would check up on them. I went to Cambodia twice. Activists' organizations helped me to find people and to see what was going on.

NT: How did you get into journalism?

KC: In college I was a writing major and journalism seemed like a way to make a good living. I interned at a little weekly in Petaluma and it went off from there.

NT: What do you want readers to take away from Exiled?

KC: An awareness. I just want them to understand what these families have gone through and how it's affected the different generations and how that actually plays out in reality.

NT: What are some of your favorite publications to read?

NT: Do you have any upcoming books or projects?