Images Courtesy Of Christy Chand GIMME SHELTER Co-written by its seven cast members, Shelter, a new audio play, is described as a collection of autobiographical stories, monologues, and poems presented in a unique, interactive format. For example, the cast will often invite listeners to move through their own living space just as they themselves are.

"We may ask you to walk around with us and dream with us. So, if you are in a house, home, or shelter and are able to participate, please do," co-writer and cast member Bella Ramirez says during the opening scene of Shelter, a new original audio play produced by Cal Poly's Theatre and Dance Department.

Co-written by its seven cast members, this collection of autobiographical stories, monologues, and poems is presented in a distinctive, interactive format. For example, the cast of students will often invite listeners to "move through their living space from room to room, take a seat at the kitchen table or on the edge of the bed, and gaze out their windows," director Karin Hendricks-Bolen explained.

"Due to COVID-19, many of us are spending much more of our lives in our homes, sheltering in place by working or attending classes from our bedrooms, kitchens, and living rooms. Our relationship with our home is deeper and more complex than ever before," she said. "I was inspired to investigate the complicated and rich connection to 'home' and to provide an opportunity for our students to write and tell their unique stories that are especially timely as we shelter at home."

Hendricks-Bolen began developing the concept for Shelter last summer, not long after the department had already laid out plans for its next in-person season, in hopes it would be safe again for audiences to congregate for live performances in the fall.

"As the pandemic continued into the summer, it became clear that the safest way to move forward would be to pivot to fully virtual productions," she recalled. "I was in the middle of moving out of my home when I started to consider what kind of production I wanted to direct in our re-imagined season."

While packing her belongings during the move, a wave of intense memories triggered an emotional epiphany of sorts, the Cal Poly professor explained.

"Without intending to, I had built a deep relationship with this house. This building provided shelter to me, and yet it was so much more than just a shelter. And although it was my choice to move, it was a complicated goodbye," Hendricks-Bolen said. "Given my reaction to leaving my old home and the memories the moving process stirred up, I suspected that I was not the only one who had stories embedded in the place where I lived." 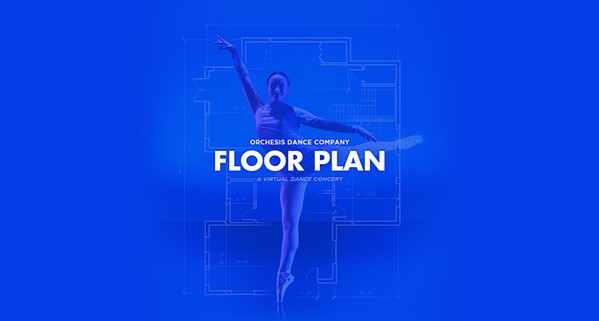 Shelter will become available online starting on March 6, just one week before Cal Poly premieres another uniquely meta production for audiences to enjoy from the safety of their own homes, Floor Plan, which begins streaming on March 13.

The creators of Floor Plan, presented by the Orchesis Dance Company, wove together several video segments of dancers performing in their own homes into one intricate flow—as if the dancers are actually all under one roof. The camera seamlessly floats from room to room, as each featured dancer performs in their respective living space.

"One of the biggest creative challenges has been inventing the transitions between each dance. Since the goal of the concert is to present a home inhabited by dancers, we needed to find ways to cut from one video to the next while still proving the appearance of the dances all happening in one home," said Christy Chand, the show's director and choreographer.

Unable to coordinate each segment with the show's performers in person, Chand created a color-coded sheet for each dancer that illustrated ways in which they should film their portions.

"Directing a dance concert always presents organizational challenges, but doing so without one synchronous meeting in which everyone involved in the production was present has made organization the most important element of this process," said Chand, who misses the camaraderie of rehearsing with her team in a lively studio setting. 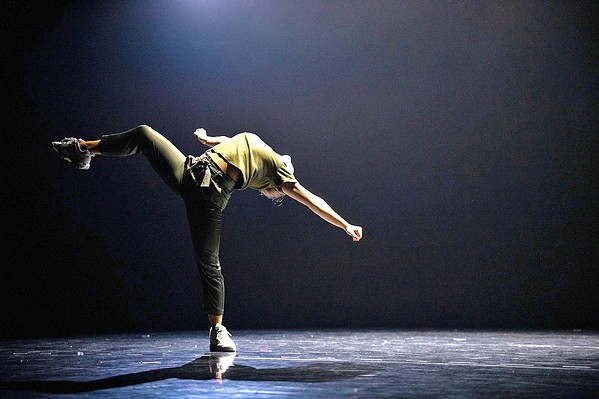 "I miss being in the same space as the company and creative team," she said. "But the comments I've heard from the experiences that the students and choreographers are sharing truly makes all of the behind-the-scenes work worth it."

Many of the show's featured performers probably adopted a new outlook on spatial awareness during the project, Chand said.

"Dancers have spent months trying to clear out their space to avoid smacking shins or elbows onto walls, ottomans, and people," she said. "Our process invited spatial research that will inevitably change the way the dancers live in their homes." Δ