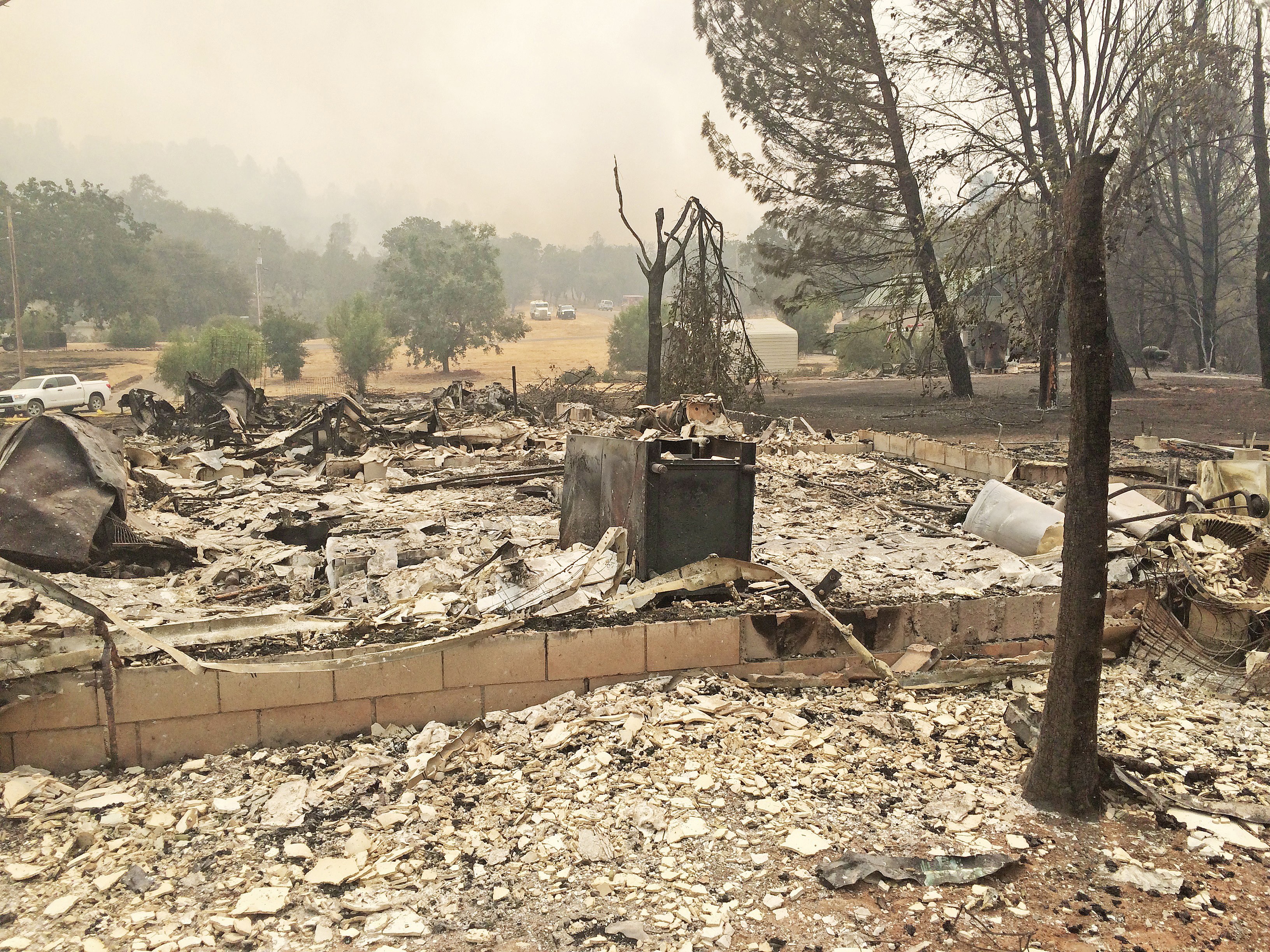 The votes put an end to what became a contentious standoff between lakeside residents and Monterey officials, where the Monterey County Water Resources Agency (MCWRA) threatened to prohibit rebuilding in its easement, which runs the perimeter of the lake below a 825-foot elevation line.

"We are delighted," Cal Shasta Club President Steve Demsher told New Times. "After the nightmare we've been through, to at least have a light to run toward is great."

Eight of the 27 Cal Shasta homes destroyed in the 2016 wildfire were located within Monterey's easement. MCWRA officials argued that a ban on reconstruction was necessary for "properly operating and maintaining the Nacimiento Reservoir," but Cal Shasta residents said more than 100 other structures are also below the 825-foot line, and their homes should be permanently "grandfathered" in.

Monterey and SLO County policymakers ultimately sided with the homeowners. The MCWRA supervisors directed agency staff to draft a policy within three weeks that will allow rebuilding to occur. The SLO County Board of Supervisors voted unanimously the same day to amend a land-use ordinance that will have the same effect.

Demsher said property owners from several communities on Lake Nacimiento attended both meetings to advocate for the fire victims.

When asked why the negotiations were so difficult and contentious, Demsher said relations between lake residents and the MCWRA have been strained at numerous points over the years.

"We've had dealings with MCWRA for years and years," he said. "No matter what happens, it's always a battle. We've tried our best to work with them. ... At this point, we just want the permission to be able to [rebuild]." Δ