I need to know

Tom Petty and Me: My Rock 'n' Roll Adventures with Tom Petty by Jon Scott is available on Amazon for $25 in paperback and $9.99 for the Kindle version. A signed copy of the book can also be ordered on tompettyandme.com for $19.76.

Once upon a time, Tom Petty couldn't get played on a radio station in Los Angeles to save his life. Then he met Jon Scott, and that all changed. In Scott's new book, Tom Petty and Me: My Rock 'n' Roll Adventures with Tom Petty, which came out in October, the part-time Cambria resident gives the inside scoop about making the career of the iconic music star. At Petty's final concert at The Hollywood Bowl, he dedicated "I Won't Back Down" to Scott as a testament to his help in establishing Petty's career back in 1977. Scott spoke with New Times about music, writing, and plans to relocate to Cambria full time. 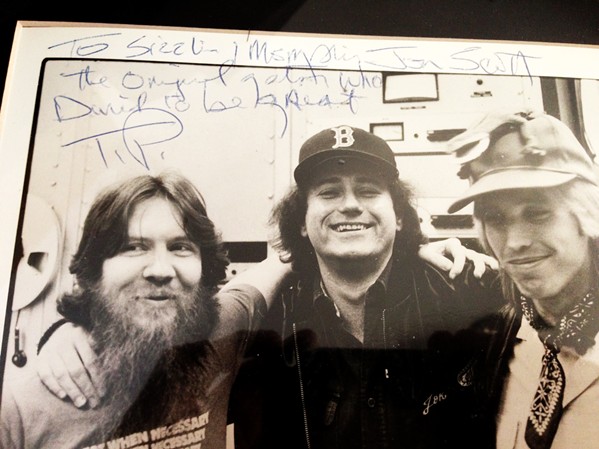 New Times: How did you meet Tom Petty?

Jon Scott: I went to work for ABC Records as head of promotions. An album fell out of my closet. Something told me to sit down and listen to it. And I hear "Breakdown" and I hear "American Girl" and every hair on my body is standing up. I got on my knees and begged my boss to give me six weeks to try and get the record played on the radio. We saw them live a week later opening for Blondie, and he just blew us away. It was like seeing the next Beatles or the future of rock 'n' roll. I told him that on Monday morning he would hear his songs every hour on the hour in LA. He said, "You guys are nuts." That following Friday Tom called up and said, "You're serious aren't you?" He invited me to his place and we became best friends.

JS: The holidays. When he got big he bought that house in Encino and at Christmas he personally picked out a gift for every person there. You never knew who would show up. One year George Harrison was there. Bruce Springsteen would come. And after dinner all of the guys would just jam together. It was just a joyous occasion.

NT: How did the idea for Tom Petty and Me come about?

JS: I'd been writing a book about all of the artists I'd worked with, but when Tom died I couldn't write about The Who or Lynyrd Skynyrd. When I last saw him he said, "Just tell it like it is, Jon." I had a dream where he told me to write the book and call it Tom Petty and Me.

NT: What is the book all about?

JS: The book is about my relationship with Tom on and off the road, backstories that people have never heard before, being at his house for Thanksgiving and Easter. The book includes faxes. We both got fax machines in 1988 and we would fax each other back and forth. He's one of the funniest guys I've ever known, and it comes out in his faxes. 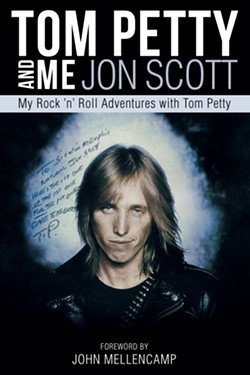 NT: What was the process of writing Tom Petty and Me like?

JS: It was the hardest thing I've ever done in my life. I would sit down some days and it would be flowing, and other days I would be stuck. Sometimes it would hurt me to be writing because it felt like a dream and it didn't feel real that he was dead.

NT: Why should readers buy Tom Petty and Me?

JS: I think it's a good read. It's not sex and drugs and rock 'n' roll. It's something I gave the fans that they never knew.

NT: How often do you go to Cambria?

JS: We go every two to three weeks. We're retiring there by the end of the year. Δ

Arts Writer Ryah Cooley has Tom Petty on shuffle on Spotify. Contact her at rcooley@newtimesslo.com.