The Cambria Community Services District claims that it has accrued $3.5 million in damages and bad equipment due to faulty work by the construction company that helped build its emergency water supply facility.

The lawsuit, filed on Sept. 21 against CDM Smith—a Boston-based construction and engineering company that specializes in water, environment, transportation, and energy—alleges that the district lost $2.5 million with the construction of a brine pond and must decommission the facility due to the company's flawed reports. 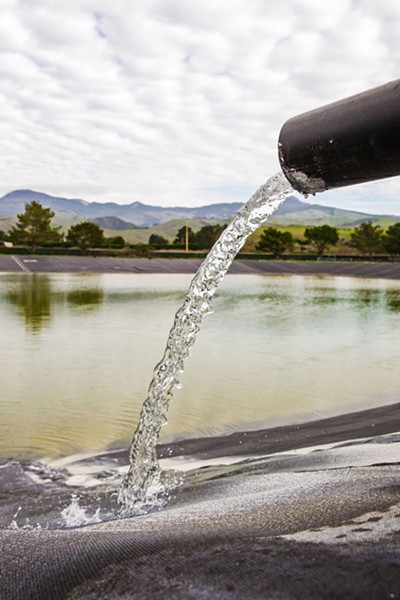 On Jan. 30, 2014, the district declared a stage 3 water shortage emergency, imposing conservation measures and authorizing the general manager to enter into any necessary agreements to develop and implement an emergency water supply project.

On Feb. 7, 2014, the district finalized a contract with CDM Smith, according to the lawsuit, for the design and construction of the emergency water supply project intended to produce an additional 400,000 to 600,000 gallons per day of potable water.

The project extracts and treats a mixture of brackish water from saltwater and treated wastewater.

The lawsuit states that CDM was tasked with hydrological modeling, design, and environmental analyses, as well as the permitting and construction of the project.

In connection with initial analyses, the lawsuit states that CDM proposed the construction of an evaporation pond for the project that would be used to store and dispose of the brine and related material generated from the water treatment facility.

According to the lawsuit, CDM Smith undertook data-compilation, geo-hydrological and hydraulic analyses that was ultimately used to obtain the necessary permitting for the project. State law and the Regional Water Quality Control Board require both a 5-foot buffer of separation between the bottom of the pond and the highest expected groundwater level and a berm around the pond that's tall enough to prevent water from flooding in or out of it.

On Jan. 9, 2017, heavy rain caused water to flood over San Simeon Road and onto the district's property. District staff found that the pond had risen by 2 feet between Jan. 8 and 9, indicating that surface water had flooded the pond. In July 2017, the regional board issued a cease and desist order against operating the brine pond and reported numerous design flaws.

The lawsuit alleges that if CDM had accurately predicted the extent to which groundwater levels would rise, the project would have had a different waste disposal design from the start. The district claims that it spent in excess of $2.5 million constructing a pond based on flawed reports from CDM, and is going to have to spend more money to empty the pond and decommission it.

As of Sept. 27, CDM Smith has not filed a response to the complaint in court. Δ