One candidate that participated in Morro Bay's review of applications for two commercial medical cannabis operation permits is petitioning the city's process.

Connected Morro Bay Blvd. filed its petition on Aug. 14 against the city of Morro Bay, RCP Morro Bay, Natural Healing Center-MB, Ethnobotanica, and SLO Retail Group. The petition claims that the city wasn't transparent in its review and scoring process. Connected also believes the two candidates that were awarded permits (Natural Healing Center and RCP) were not legally eligible. 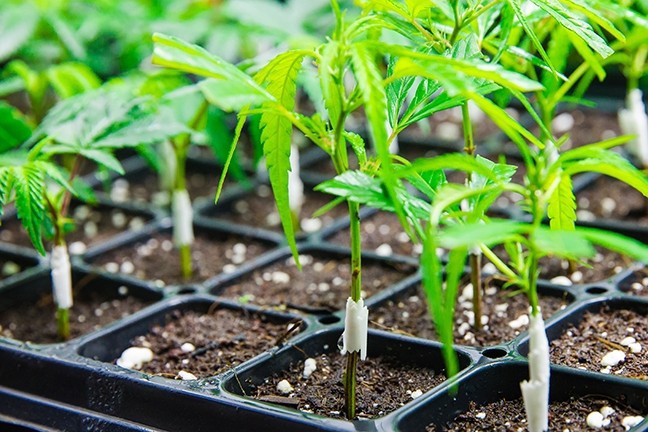 The petition states that Connected submitted an application and was denied a permit to operate on a commercial property located at 455 Morro Bay Blvd.

According to a press release from the city, the applicant review process followed the steps outlined in the Morro Bay municipal code. Applicants went through an initial screening process with cannabis consultant HdL to decide whether they met the minimum qualifications for the permit. HdL assigned each an initial score based on the application.

If the applicant passed the first step, a cannabis permit committee (composed of Police Chief Jody Cox, Fire Chief Steve Knuckles, and Finances Director Jennifer Callaway) then reviewed the applicants' scores, interviewed each applicant, and assigned each a numeric score based on merit.

Connected Morro Bay Blvd. claims it received an initial score of 1,646 points out of 1,650 possible points from HdL—the highest by far of all the applicants, the petition states. Yet, in the final scoring from the city, Connected went from the top of the list to the bottom. At the same time, the petition claims that the Natural Healing Center and RCP went to the top of the list when both started at the bottom.

The petition claims that when Connected asked the city for information and documents supporting the final scoring and percentages, city officials told the company that they did not have such documents. Connected claims that this allegation illustrates that the entire process was tainted. According to the petition, the city has also refused to produce or provide the permit committee's written recommendations in response to several Public Records Act requests from Connected.

Connected is also claiming that the city improperly met with the Natural Healing Center's representatives after the city determined its initial application was incomplete, and allowed the company to supplement its application and to change the location of its potential place of business.

Because the city's permit determination is final and non-appealable, the petition claims, Connected has no choice but to seek an order compelling the city to deny or revoke the permits for both the Natural Healing Center and RCP Morro Bay and to instead award a permit to Connected.

The city of Morro Bay is completing the processing required before final permits can be issued, and officials stated that they will not comment on the active petition. Δ